Posted on March 8, 2011 by Fictionophile

The single most positive aspect of this novel is the beautifully written prose. The words seem to speak directly to the reader in a heart-touching and sometimes heart-wrenching way.
I’ll admit this is one of those novels where the cover art drew me in. Who can resist an adorable little boy? 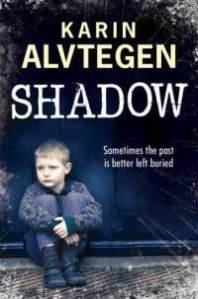 Then I read the blurb at the back which told me that this little boy was abandoned and was somehow connected to the death thirty five years later of a 92 year old woman who had books in her freezer upon her death… That was enough to capture the attention of any bibliophile. Too old to be the boy’s mother, how could this woman be connected to him?
The novel was a mystery, but not written in the traditional way. In fact the reader does not really know what the crime(s) were until close to the end of the book. When the circumstances are revealed it left me both disturbed and profoundly moved.
Set in Stockholm, the novel followed the life and family of Axel Ragnerfeldt, a famous and Nobel Prize winning novelist. (the author of the books in the freezer). The novel poses the question: How much is glory and fame really worth, when counted in the suffering of the people closest to you? His family were portrayed with such depth and empathy that the reader felt their hopelessness. The claustrophobic family ties, mysterious disappearances and dark secrets surrounding a man shrouded in myth were portrayed with an honesty and brutality that spoke of deep understanding. The theme of how the sins of the fathers are visited upon their children is not a new one, but Alvtegen’s prose brought the theme home to me like no other book ever has. “No matter whether your action is evil or good, it spreads like rings on the water. Over vast expanses it will travel, finding ever new paths. That is why your influence is infinite, and also your guilt.”

“Shadow” is the first novel I’ve read by Karin Alvtegen and I will read as many more as I can get hold of. That being said, this novel was not exactly uplifting. In fact I would go as far as to say that anyone suffering from seasonal affective disorder should not read this book in the winter. The overall tone was bleak and melancholy. To quote the novel’s description on the author’s website, “her darkest and most complex thriller to date, in which the disturbing truth of a sick family is gradually and mercilessly laid bare. ” Highly recommended.

I borrowed this title from my local public library.

Karin Alvtegen, b. 1965, is one of Scandinavia’s most widely read and appreciated authors. She is grandniece of the children’s novelist Astrid Lindgren.  Recognized for her artful characters and psychological thrillers, Alvtegen has with Guilt 1998, Missing 2000, Betrayal 2003, Shame 2005 and Shadow 2007, established herself as a celebrated bestseller worldwide. Translation rights have been sold to 30 countries and each novel has sold several hundred thousands copies. Missing has been made into a praised British mini series for TV, and international producers are in the process of making adaptations of some of her other books.
Alvtegen has recieved a number of literary awards, including The Glass Key for Best Nordic Crime Novel, The Swedish Academy of Crime Writer’s Award for Best Crime Novel of the Year, The Danish Academy of Crime Writer’s Palle Rosenkrantz Award for Best Foreign Crime Novel of the Year. She has also been nominated for two of the most prestigious crime novel’s awards in the world: The CWA International Dagger and The Edgar Allan Poe Award.