Posted on November 2, 2011 by Fictionophile 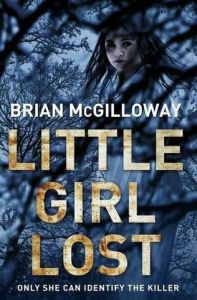 If you are looking for a good solid police procedural with a lot of atmosphere this is the novel for you. The protagonist, Lucy Black is a young policewoman who comes from a family of police officers. The book is set in Derry, Northern Ireland in winter, and reading it you can almost feel the cold. A city with memories of being in the midst of the ‘troubles’, it is in the borderlands where much of the worst fighting took place.
The story begins with DS Black receiving a call to the woods near her home where there has been a reported sighting of a girl. Knowing that in the snow and cold, the girl should be found immediately already puts Lucy in a quandary. In order to respond to the call she must leave her father alone. As he is suffering from dementia and it is too early for his ‘carer’ to arrive, she has to make a difficult decision. That is one of the things I liked best about this novel. It immediately causes the reader to form a rapport with the characters. The characters are well developed and the descriptions were written with knowledge and flair.
Believing that the girl who was sighted is the daughter of a wealthy local businessman, a teenager who they have been looking for, the police are disappointed that the girl Lucy finds is much younger. She is wearing only pyjamas and will not speak. After forensic testing, they find that her pyjamas are covered with blood spatter and that the blood is not her own…
So begins the story of three lost girls. The missing teen, the young mute Alice, and Lucy herself who identifies with them both.
Over time is becomes apparent that the ‘missing’ teen and the ‘found girl’ are in some way linked. But how?
Brian McGilloway writes of his native Northern Ireland with consummate skill. This is a sound police procedural mystery with elements of corruption and avarice that is contained in the best thrillers.
The book worked satisfactorily as a ‘stand-alone’ novel, but… I personally would love to see Lucy Black and her co-workers return in another novel. I guess others agree as the author has been approached for a TV series based on Lucy Black’s character and he now plans to create a series.
Famous for his Inspector Devlin series of novels, his move to creating a female protagonist was a brave one, but one which to this reader’s mind, was a wise decision. 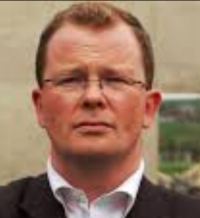 Brian McGilloway is the New York Times bestselling author of the critically acclaimed Inspector Benedict Devlin and DS Lucy Black series. He was born in Derry, Northern Ireland in 1974.

Brian lives near the Irish borderlands with his wife, daughter and three sons.