A beautifully written tale of three disparate yet kindred souls – all at a crossroads in their lives.
Oliver Pleasant, an octogenarian jazz pianist of some renown is finally retiring from the music business. He is wrapping up his long career with a final five night stand on the stage of a New York hotel owned by an old friend. Sadly, his lifestyle of travel, music, and women have left him estranged from his grown children. The table he has reserved for his family remains accusingly vacant throughout his last shows. His wife, Francesca, the love of his life, has been dead for two decades. Oliver has lived through the racism of the South, traveled to Europe in the heyday of jazz, fathered children, bedded myriad women, and enjoyed the camaraderie of his fellow musicians. Through it all he had a deep and abiding love and respect for the ‘music’. Now he feels little other than the loneliness, regret and fear that comes with old age. 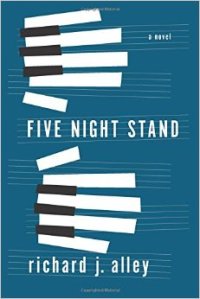 Agnes Cassady, also a pianist, is in her early twenties and suffering from what she believes to be a fatal neurological disorder. She hails from Memphis, Tennessee but has lived in New Orleans for the past few years plying her trade. Recently the pain and tremors that result from her condition have hampered her musical ability. The reason for Agnes’ trip to New York is yet another hospital with yet more tests. This time it is the famous Mount Sinai with its expert physicians. Since learning of her probable early demise, Agnes has packed a lot into her short life. She loves music and men in that order. When she learns that Oliver Pleasant is playing while she is in town, she knows that she must attend his final performances. He has long been her idol.
Frank Severs, a former journalist, also from Memphis – is in town to write about Oliver Pleasant’s life and last performances. He greatly admires the man and his music and feels he could do justice to a story about him. Frank’s personal life is in flux. He is distant from his wife whom he still loves. Their many years of trying to conceive a child has left a rift in their marriage. It is a rift that Frank doesn’t know how to bridge – or if he should even try to bother.
The meeting of these three lost souls and their brief time spent together was nothing short of magical.
The characters are fully developed and are so ‘human’ that it is a joy and a privilege to share time with them.  The early winter New York setting is described clearly with an affection for the place. 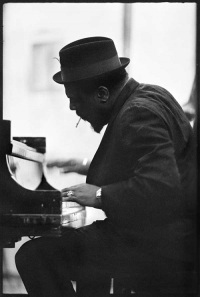 Filled with the joy, sadness, regret and confusion that is life, “Five night stand” was a novel for music lovers and non-music lovers alike. I actually read part of it whilst listening to the infamous Thelonious Monk via YouTube. His music was a wonderful background for the novel.
This novel should be on the bestseller lists! Highly recommended!

My heartfelt thanks to TLC Book Tours, NetGalley, and Lake Union Publishing for providing me with a digital copy of “Five Night Stand” in exchange for this review.

POST A COMMENT on this blog between June 3rd and June 10th and you will be entered in a draw to receive a print copy of Richard Alley’s fabulous “Five night stand”! Winners must reside in Canada or the United States and the winner will be chosen via random.org

Richard J. Alley, a longtime freelance writer and editor, was born and raised in Memphis, Tennessee, where he lives with his wife and four children.

Five Night Stand takes place over the course of five days and nights in New York City, and tells the stories of three characters — Oliver Pleasant, a retiring jazz musician; Frank Severs, a reporter in the throes of a mid-life crisis; and Agnes Cassady, a piano prodigy with an undiagnosed disorder of the nervous system wreaking havoc on her body and dreams.

Set against the backdrop of jazz, there are emotions and struggles in here that we all face — personal relationships, love, loss, regret, disappointment and hope.

I wrote this book for anyone who has ever looked back at their life and wondered if they made the right decisions, and what might have been had they chosen a different door, turned another corner. But it’s also a story for anyone who loves art in all its forms. The characters are each flawed in their own ways — some physically, some emotionally — yet these flaws don’t make them inferior. The flaws go into what makes them the people they are and informs their artistic visions and the paths they’ve chosen.