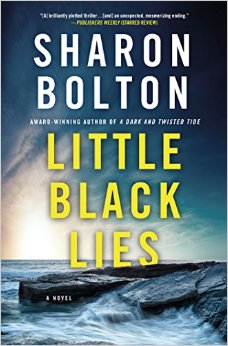 For several years now I have been a huge fan of Sharon Bolton’s novels. In particular, her Lacey Flint mystery series. When NetGalley offered another of her titles for review of course I jumped at the chance. I’m so glad I did!

The setting of “Little Black Lies” was one which I’ve never encountered before in popular fiction. The Falkland Islands were portrayed vividly with both geographical and historical accuracy. It reminded me a bit of the Scottish Hebrides with its abundant wildlife, windswept rolling hills and sea. 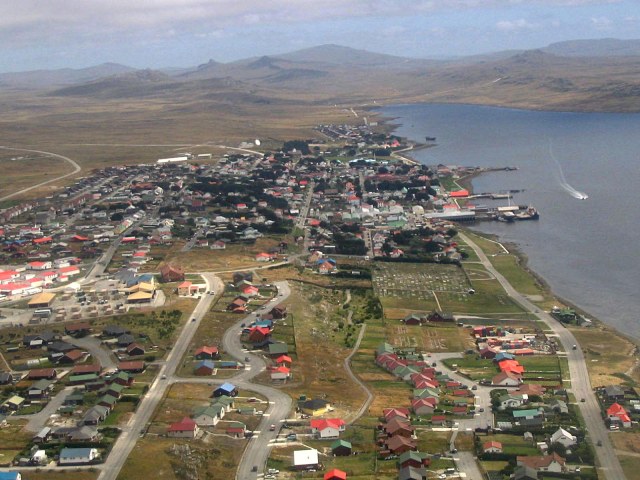 Amongst this breathtaking scenery we meet some of the inhabitants of Port Stanley, the main town of the Falklands. Stanley has a population of just over two thousand people. Not much at all for the capital of a country the size of Wales.

The narrative of “Little Black Lies” is told over the course of one week via the perspective of three different people. A plot device that is very effective in this instance.

Three years ago the women in “Little Black Lies” were vastly different people. Catrin Quinn was married to Ben and had two healthy boys with another baby on the way. Rachel Grimwood, her best friend, was also the mother of two young boys with a third on the way. The women had been friends since childhood and were closer than sisters, sharing every thought and aspiration.

The narrative begins with Catrin Quinn – a very damaged woman who has endured what is for most people is the very worst thing imaginable. She has lost two young sons in a careless accident and as a result of this trauma she has miscarried a third son… Catrin is coping as well as she can. Her marriage to Ben has dissolved and she now lives alone with her Staffordshire Terrier, Queenie. 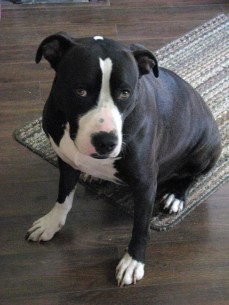 Her days are filled with her work as a cetaceans specialist at the Falkland Conservation Headquarters. However, never a day passes that she does not think of her boys and her thoughts have become suicidal… She thinks the only reason she does not ‘end it all’ is the vast rage she feels for who she blames for their death, her former best-friend, Rachel. She keeps a diary detailing her rage and plans for vengeance.

This week is no ordinary week in the Falklands. A young boy has gone missing. This is the third boy to go missing in as many years. This has made the entire island population tense with fear and suspicion. Unlike England or the U.S., where a missing child brings about fear of pedophiles, in the Falklands people fear drowning, animal attacks or something less sinister. But with three missing children the hard-working islanders are desperate for answers and they begin imagining something more fearful. They try to assure themselves that nothing evil could happen here… 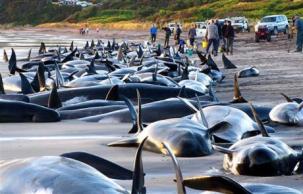 In addition, the week holds a natural disaster. Almost two hundred pilot whales have beached themselves on the shores and it is Catrin Quinn’s mandate to cope with this distressing natural disaster.

The book’s second narrative traverses this disastrous week with Catrin’s former lover Callum Murray.  From Scotland, Callum originally came to the Falklands as a soldier in the Falkland’s War. It is as a result of this war that he now suffers from post-traumatic stress disorder. Callum is a tall, handsome man who chose to make his home in the beautiful country he so bravely defended.  The country where he accidentally met the married Catrin –  with whom he fell immediately in love.

The third narrative follows Rachel Grimwood’s week. Rachel feels like a pariah. Her guilt weighs so heavily upon her that she has difficulty coping with everyday life. She cannot look people in the eye. She shows little affection for her youngest son, though she loves her two elder sons dearly. She is often home alone with the boys as her husband Sander travels with his work. As a result of a her actions three years ago two little boys have lost their lives.  Little boys that she once cared for deeply.  She has lost her best friend. She is seriously depressed.

An intricately plotted story of how one moment of thoughtlessness can lead to tragedy that impacts upon countless people, “Little Black Lies” is filled with a pervading sense of loss. There are many surprises in store for the reader. With solid, empathetic characters and jaw-dropping plot revelations, it is a novel that will be appreciated by anyone who admires crime fiction with a psychological bent. It contains all of the elements of a great thriller: betrayal, secrecy, passion, despair, fear – and Sharon Bolton uses these elements in a seamless way that grabs you and won’t let go until the very, very end. Wow!

Thanks to NetGalley and Macmillan Publishing for providing me an eARC in exchange for this review.

Sharon (formerly SJ) Bolton grew up in a cotton-mill town in Lancashire and had an eclectic early career which is now rather embarrassed about. She gave it all up to become a mother and a writer. 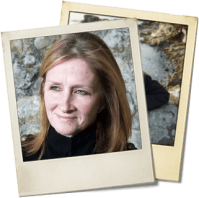 Her first novel, Sacrifice, was voted Best New Read by Amazon.uk, whilst her second, Awakening, won the 2010 Mary Higgins Clark award. In 2014, Lost, (UK title, Like This, For Ever) was named RT Magazine’s Best Contemporary Thriller in the US, and in France, Now You See Me won the Plume de Bronze. That same year, Sharon was awarded the CWA Dagger in the Library, for her entire body of work.