One of my favorite novels from last year was “A man called Ove” by Fredrik Backman.  So you can imagine my delight when I heard he has written another novel! 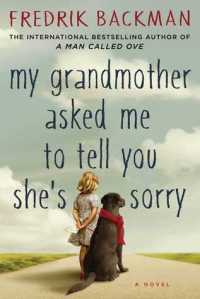 “My grandmother asked me to tell you she’s sorry” didn’t disappoint.

Although both novels featured an older person’s interactions with a young person, they were vastly different.  This charming novel was a parable encased in a fairy tale.  The characters were just as endearing, the tone was the same – yet this story was somehow more uplifting…

The novel is ostensibly that of a little girl named Elsa who is seven years old and her beloved grandmother.  Both she and her grandmother are considered different – in her grandmother’s case – downright eccentric.  Yet they are each other’s favorite person – always on each other’s side even when they are in the wrong.  They live in a house which has been broken up into flats.  Each tenant of the house plays an integral part in the story.

Elsa lives in a flat on the top floor across the hall from her grandmother.  She lives with her pregnant, perfectionist mother and her mother’s partner.  Her mum is orderly whilst her grandmother is chaotic.  She regularly visits her father and her stepmother who has other children.

Years ago her grandmother was a surgeon who helped saved many lives.  Now, aging and eccentric she makes up fairy tales to entertain and to teach her beloved granddaughter.  Her motto is that lies and fairy tales are just other versions of the truth.   As a result of her grandmother’s stories Elsa has a penchant for words and grammar.  As a big fan of Harry Potter, she is also an expert in ‘quality literature’.

After her grandmother’s death she is tasked with delivering apology letters from her grandmother to those people in her grandmother’s life whom she has slighted, wounded or distressed in any way.  Along the way she finds new friends and comes to understand some of the mysteries surrounding her family.

One of the new friends she meets is a Wurse.  This is what I imagined the Wurse to look like: 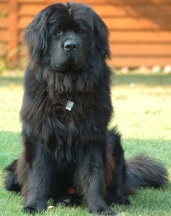 The story was told in a humorous way, but there were parts to pull on the heartstrings as well.  With themes of the ‘superpower’ of the imagination and the importance of individuality, this novel is didactic without being preachy.

Originally published in Swedish, I’m certain that nothing was lost in translation.

Both fanciful and farcical , this is a book that makes you both laugh and cry, “My Grandmother asked me to tell you she’s sorry” is highly recommended!  I plan to read EVERYTHING Fredrik Backman writes!

I seriously envy the author’s children and can only speculate at the diversity and entertainment that they must derive from his bedtime stories.  Surely all other children are bereft in comparison.

Heartfelt thanks to Atria Books via NetGalley for providing me with a digital ARC of this wonderful novel. 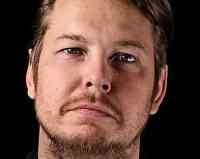 Fredrik Backman is a Swedish columnist, blogger and writer of the #1 New York Times bestselling author of A Man Called Ove (soon to be a major motion picture starring Tom Hanks), My Grandmother Asked Me to Tell You She’s Sorry, Britt-Marie Was Here, Beartown, Us Against You, as well as two novellas, And Every Morning the Way Home Gets Longer and Longer and The Deal of a Lifetime. His books are published in more than forty countries, in more than twenty-five languages. He lives in Stockholm, Sweden, with his wife and two children.