Posted on November 28, 2015 by Fictionophile 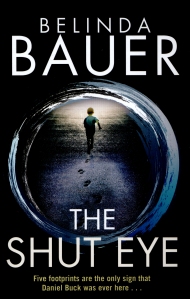 I’ve been a fan of Belinda Bauer for a while now, but this is my favorite novel by her so far.  She takes what could be a rather common premise to a whole new level!

ALL of the characters were richly drawn and sympathetic.  The parents of the missing children, the police, the psychic, the villain…

It is early November. Guy Fawkes morning.  James Buck , a young father, goes out to buy some fireworks.  He leaves the door open.  His young son goes out – never to be seen again.  All his

mother has left of him is his footprints in the freshly poured cement of the garage next door where her husband works.  Since Daniel has gone missing Anna has lost her mind a little…  Every day she goes outside to clean Daniel’s footprints.  That is not all she cleans.  She is obsessive about everything in their tiny flat and has become a ‘germophobe’.  Sometimes she has suicidal thoughts.  She is unrecognizable from the happy and beautiful woman that James married.  To say that their marriage has suffered since Daniel’s disappearance is a gross understatement.  Laughter is a dim memory.  Anna blames James.  James blames himself.

We meet James’ coworkers at the garage and his surly and disreputable boss, Brian Pigeon.  Peopled by an eccentric mix of grafters and illegal aliens, the South London garage operates on a thin line between what is legal and illegal.  One of the more memorable men who works at the garage is Ang, the cleaner.  He is a Hmong who knows little English and lives at the garage. 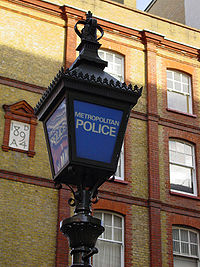 Next we meet DCI Marvel.  And he is a marvel!  I loved his tough shell and his marshmallow insides.  He comes across as abrasive, rude, and older than he is.  Only in his mid forties, Marvel is overweight, out of shape, a drinker, a smoker, a cynic, and a curmudgeon.  He doesn’t believe in coincidences.  He dislikes people, children in particular.  And don’t get him started on dogs.  There was only one child he ever felt any kind of rapport with.  Twelve year-old Edie has been missing for over a year.  Her case, and how he failed to find her, is something that Marvel just can’t let go of and it haunts him daily.  A workaholic, he doesn’t really know how to get along with other people and what is more he doesn’t give a shit.  When his Superintendent takes him off a murder inquiry to investigate the disappearance of his wife’s dog, Marvel is apoplectic.   Hilarity ensues at the station house.

Then we meet the shut eye of the title.  Richard Latham.   Anna goes to his ‘church’ to see if he can shed any light on Daniel’s disappearance.  She goes to find ‘hope’.  Something that is getting harder and harder for the devastated Anna to sustain.  At the  gathering she meets another woman who has a missing dog.  This woman is sure that Richard Latham is genuine.  She gives Anna a photo of her dog.  After Anna returns home she looks at the photo and has a very strange and inexplicable reaction.

“The Shut Eye” is also peopled by charming and memorable secondary characters, all of whom I enjoyed.  In particular the desk sergeant, Aguda.  She had the knack of dealing with Marvel’s eccentricities with aplomb. A perfect foil for Marvel.

The narrative backtracks at times to the point of view of Edie, the missing girl.  The reader gets to experience what she is going through – her panic, her courage…

How the characters of Anna, Edie, Richard and Marvel all connect is nothing short of fiction ‘magic’.

I highly recommend this novel to all readers who enjoy character-driven mysteries or thrillers.  Also to those who like their crime fiction spiced with a little humour.

I dearly hope that this is not the last we’ll see of DCI Marvel.

Thanks to Grove Press for providing me with a digital ARC of the novel for review purposes. 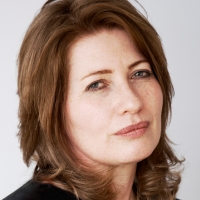 Belinda Bauer is a British crime novelist. She grew up in England and South Africa, and her debut novel Blacklands earned her the British Crime Writers’ Association’s Gold Dagger award for the best crime novel of 2010.  Blacklands, Darkside and her third novel Finders Keepers are all set in the village of Shipcott, on Exmoor, in north Devon, England.

Bauer is a former journalist and screenwriter, having won the Carl Foreman BAFTA for her screenplay The Locker Room.

6 Responses to “The shut eye” by Belinda Bauer – Book Review