Today, in the age of social media and instant communication, letter writing has become antiquated and uncommon.  Not that many years ago however it was the norm and many people had ‘pen-pals’, myself included. 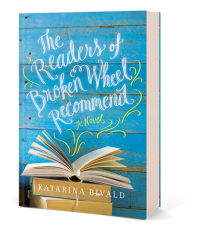 This novel is about two women, one young and living in Sweden, one not so young and living in a tiny town in the middle of Iowa cornfields. Bibliophiles both, they become acquainted through books and the love of reading is what makes their relationship work.

When after years of sharing their books, their thoughts about books and their reflections on life, Sara, the young woman from Sweden is made redundant when the bookshop she works in closes down.  Amy invites her to Iowa to stay with her and so the story begins.

Not without a huge surprise for Sara though, as when she arrives she discovers that Amy has died following a lengthy illness.  When the quirky townsfolk insist she stay in Amy’s house, Sara begins an adventure worthy of one of the novels she loves so much.  The people of Broken Wheel can’t seem to do enough for her and consider her to be their guest. After awhile Sara begins to feel beholden to them and wants to find some way to repay their generosity. 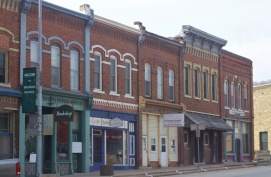 Broken Wheel, Iowa, is small and less than prosperous and there are many empty buildings on Main Street.  Books have always been Sara’s friends and her love of books and reading cause her to want to share her passion.  She decides that she will open a used bookshop with Amy’s many books.  It will be her way of paying tribute to her late friend and also give back to the townspeople who were so generous to her.  Her tourist visa will not allow her to ‘work’ in the U.S., but she does not want to profit financially from her endeavor.  Her parents back in Sweden think her plans foolhardy and want her to return home.  Sara, on the other hand, has no real wish to return to Sweden where her family think her ‘boring’ and she had few, if any, friends.

The little over six hundred town residents have become apathetic to life and their town in particular.  It was a sad, dying town where little happened and one in which the young people left at their earliest opportunity.  Sara’s arrival adds a much needed ‘spark’ to the town’s morale and as a result the townsfolk embrace Sara.  Also, Amy’s nephew Tom provides a reluctant, though honest love interest for Sara – though she is skeptical of his interest due to her uninteresting, bookish ways and her plain appearance.

An uplifting, entertaining, and charming debut novel, “The Readers of Broken Wheel Recommend” has enough book references sprinkled into the narrative to please any bibliophile.  Quirky characters, a community pulling together, and more than one love story ensure that this novel will be enjoyed by many. 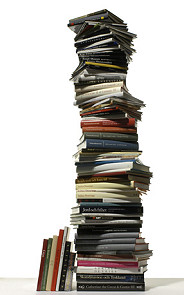 A few of my favorite quotes from “The Readers of Broken Wheel Recommend“:

“Books that had already been read were the best”.

“She had thought that autumn air went well with books, that the two both somehow belonged with blankets, comfortable armchairs, and big cups of coffee or tea.”

“An incomplete series could be catastrophic, even for those around you.”

“Books should be dignified, magical portals to mystery, entertainment, love.”

“There’s always a person for every book.  And a book for every person.”

Thanks to Sourcebooks Landmark via NetGalley for providing me with a digital advanced reader’s copy.  I was contacted by Sourcebooks to take part in the book’s official blog tour in exchange for an honest review. 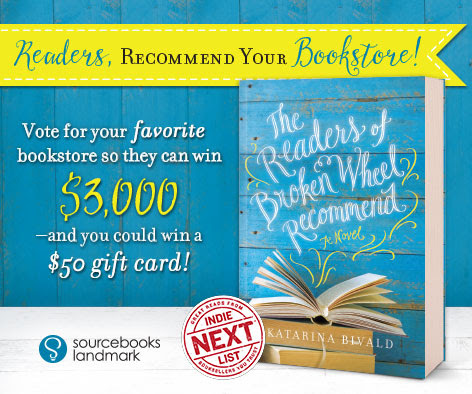 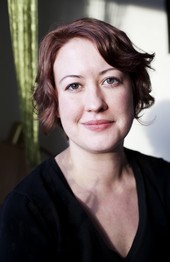 KATARINA BIVALD grew up working part-time in a bookshop. Today she lives in Älta, Sweden, with her sister and as many bookshelves as she can squeeze in. She has still not decided whether she prefers books or people.