Time has long been a concept that has proven mysterious to many – myself included.   The way it seems to ‘go fast’ or ‘slow down’ when in fact the minutes and seconds remain the same…   Einstein concluded in his later years that the past, present, and future all exist simultaneously.  Perhaps Julie Myerson was reading Einstein when she came up with the premise for this outstanding novel.

Mary and Graham Coles move from London to an old farm cottage in Suffolk.  They are ‘starting over’ after a horrific tragedy has decimated their family.   As the title suggests, Mary said her ‘heart stopped’ when it happened and she has spent her days since numbed by grief. Their’s is an unthinkable life.  Tiptoeing around each other for fear that wounds barely closed will open up again.  Their life is a limbo of sorts.  Existing – because that is what you do when living is just too hard… 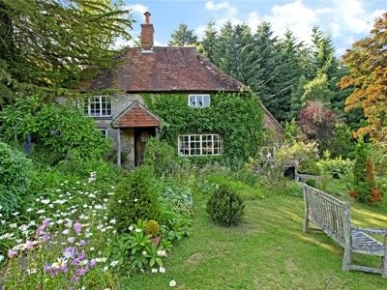 As is the style of many novels with stories set in two time periods, “The Stopped Heart” has two narratives – one in the present with Mary and Graham Coles – and one over 150 years ago with a farm family who once lived in Mary’s and Graham’s house.  The thing that irked me and probably other readers as well,  is that when reading this novel there was NO warning when the narrative switched from one story to another.  I mean NO warning – not even a wider space between paragraphs.   I found this extremely disconcerting – until I realized that the author most likely did this on purpose to convey the fact that time in all of its mystery is perhaps as Einstein suggested.  It is happening simultaneously.

Mary Coles is a conduit between the present and the past.  She can ‘see‘ the children who lived in her house over a century and a half before.  But no, this is not really a ghost story.  The reason?  Well, Lottie, the four year old of that long ago family, can ‘see‘ Mary in the future as well.  Confused?  Well read this marvelous book for yourself.

The family suffered many hardships common to their time.  Hard, back-breaking work, too little money, too many children.  One child followed another before the last baby was even weaned.  When a lightning strike fells a massive tree in the back garden, a stranger is pinned beneath it.  He is not dead as the family first surmised, but only injured.  He stays with the family and helps them work the farm.  But James Dix is not as he seems to the casual observer.  The depths of his depravity show themselves over the chapters of the book.  As evil and vile a villain as you are ever likely to read of…

The eldest daughter, Eliza, is wary of this red-headed stranger who introduces her to knowledge that no thirteen year old should know.  He is a womanizer, a charmer, but so very much more.

The weary mother and the eight children are heartrendingly captured by Julie Myerson’s words.  I knew and loved them all.

Meanwhile, back in the present, Mary and Graham have befriended a childless couple who live nearby.  Then, the husband of the couple, Eddie, seems to want more from Mary than she is prepared to give.  And all the while, she is hearing children’s chatter and seeing a red-haired man walking in the garden.

This novel is beautifully written.  The characters leap off the page with their clarity.  The description and events are so realistically rendered that I felt I WAS there.  It was an expose on the devastation of grief as well as a chilling portrayal of obsession. I’ve read some reviews that said the ending let the story down.  I disagree.  In my mind it couldn’t have ended any other way.  A chillingly dark, atmospheric, historical suspense thriller, which I will recommend to all who don’t mind a dash of paranormal.  Definitely one of my favorites this year so far…

Thanks so much to Harper Perennial via Edelweiss for providing me with a digital ARC of this novel for review purposes.

Julie Myerson is the author of seven novels, including “Something Might Happen“, and two works of nonfiction, including Home. She lives in London and Suffolk with her husband and teenage children.

9 Responses to “The Stopped Heart” by Julie Myerson – Book Review