“I let you go” by Clare Mackintosh – Book Review 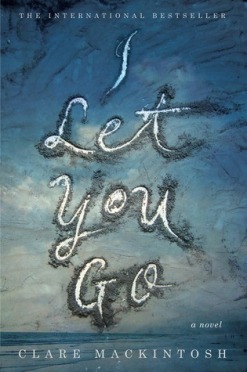 On a rainy, dark November late afternoon in Fishponds, Bristol a small boy dies.  Walking him home from his school his mother lets go of his hand for a moment to tuck her wet hair behind her ear.  Jacob dashes across the street in his eagerness to get home.  A car comes down the street fast, hits him, backs up, turns around, and drives away… 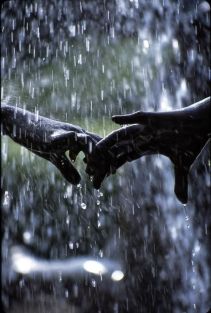 It happened right before her eyes and she can’t believe it.  It was only ever just the two of them.  Her five year old son Jacob was everything to her.  Words cannot express the shock, despair, and mind-numbing loss and devastation she must endure.

A sculptor who works from home, and now unable to cope with her troubling memories in Bristol, Jenna Gray relocates to the village of Penfach on the Welsh Gower Peninsula to start over.  She tells no one of her tragic past, hoping that she can learn to live with the grief and the guilt, and somehow rebuild her life.  She reinvents herself.  She can no longer work as a sculptor, but now she has found a new outlet for her artistic talents. She starts up a new business and befriends some of the locals.  She rents a tiny, damp stone cottage.

Tasked with the hit-and-run investigation are a Bristol CID police team led by DI Ray Stephens aided by rookie policewoman DC Kate Evans.  The reader gets to know them both, particularly Ray.  We get to see him both at home and at work – a feature which I love in a police procedural.  The impotence and frustration felt by the police on the case is very palpable.  It doesn’t help that the boy’s mother seems to have up and disappeared – and with her being the only witness that they know of…

With a gob-smacking plot twist near the middle of the novel and another towards the end, this is a thriller that checks ALL the boxes for me.  A very clever plot, characterization, setting, writing….  Kudos to Clare Mackintosh for a spectacular and very impressive debut which will be on my list of “Best Thrillers EVER Read”.

The story was inspired by a real life hit and run accident that Mackintosh was involved in investigating shortly after she joined the police force.  It is quite evident from her writing that she understands what it is to lose someone you love.

I am excited to learn that Clare Mackintosh’s next novel “I see you” will soon be available and can be pre-ordered now.

Thanks to Berkley via Edelweiss  and NetGalley for providing me with a digital copy of this novel in exchange for my honest review. 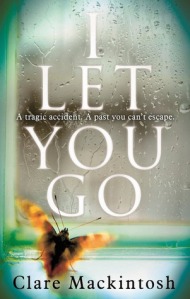 Clare Mackintosh is an author, feature writer and columnist. She has written for The Guardian, Sainsbury’s Magazine, The Green Parent, and many other national publications, and is a columnist for Cotswold Life and Writing Magazine.

Clare spent twelve years in the police force, working on CID, in custody and as a public order commander, and has drawn on her experiences for her début psychological thriller I Let You Go.