Last year I read a thriller that I really enjoyed called “Hidden”.  This book introduced me to Nicole Jones, a computer hacker who has been living for fifteen years under the radar so as to be one step ahead of the authorities who want her for her computer crimes. (My review of “Hidden”).  At the end of “Hidden” Nicole is once again on the run and “Shadowed” follows her as she attempts to evade the authorities once again.  She left the scenic Block Island for another island, this time in Canada, called Ile-Aux-Coudres, in the middle of the St. Lawrence River in Quebec’s Charlevoix Region.

Now over forty, Nicole is older and wiser.  She now goes by the name of Susan McQueen. Once again she makes a living by her art, which is popular with the tourists who visit the beautiful area in which she makes her home.  She again enjoys biking, though she no longer does bike tours. She misses her friends from Block Island dreadfully, but other than that she has become comfortable in her new home.  Until… her laptop is taken over by a RAT.  A shadow that can see her via her computer’s webcam, and a virus demanding thousands of bitcoins which threatens her dear friends on Block Island! 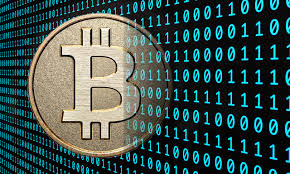 After her embarrassment of being hacked by another hacker, she realizes that her safe refuge is a myth and she must go on the run again…

“Shadowed” follows her as she makes her perilous journey back to the United States. Because she needs help she once again contacts her online friend and expert hacker, Tracker.  She sometimes feels Tracker is the ONLY person she can trust.  Nicole tries to say on the right side of the law, but desperate times call for desperate measures…  It seems that more than one person wants to hire her.  Her skills can be very valuable in the wrong/right hands.  Fraught with surprises, both good and bad, “Shadowed” reunites the reader with Nicole as she goes on the run.  The reader wonders… will she ever be able to lead the ‘normal’ life she craves?

I enjoyed this novel very much, though not quite as much as the preceding novel “Hidden”.  In my opinion you must read both books to fully appreciate Nicole’s character.  A fast-paced thriller that is sure to please readers of the genre. I plan to ‘shadow‘ this series in further novels.

Thanks to Severn House via NetGalley for my digital copy of “Shadowed“.

“Shadowed” was title no. 9 in my #20booksofsummer challenge.

Karen E. Olson has lived in Connecticut almost all her life, and worked as a journalist for twenty years before retiring from news gathering to edit a Yale medical journal. Her two mystery series feature Brett Kavanaugh, a tattoo artist-sleuth, and Connecticut reporter Annie Seymour.