A few quotes from mystery authors 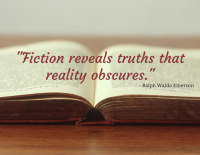 “Experience is as effective a teacher as she is because one does tend to remember her lessons.” — Lawrence Block (as said by his character Bernie Rhodenbarr in “The Burglar in the Closet”.)

“There is no detective in England equal to a spinster lady of uncertain age with plenty of time on her hands.” — Agatha Christie (as said by character Leonard Clement)

“Human life is a sort of target – misfortune is always firing at it, and always hitting the mark.” — Wilkie Collins (as said by character Sergeant Cuff)

“We reveal more of ourselves in the lies we tell than we do when we try to tell the truth”. —Dorothy Salisbury Davis (as said by character Julie Hayes)

“They’ll tell you that the most destructive force in the world is hate.  Don’t you believe it, lad.  It’s love.  And if you want to make a detective you’d better learn to recognize it when you meet it.” — P.D. James (as said by character Chief Superintendent Adam Dalgliesh)

“No one ever got in trouble keeping his mouth shut”. — Elmore Leonard (as said by character Jim O’Boyle)

“Every criminal leaves psychic fingerprints.  And he can’t wear gloves to hide them.” — Helen McCloy (as said by character Dr. Basil Willing)

“You’ll never get to be a saint if you deny the bit of the devil in you.” — Ellis Peters (as said by character Brother Cadfael)

Fiction reviewer ; Goodreads librarian. Retired library cataloger - more time to read! Loves books, gardening, and red wine. I have been a reviewer member of NetGalley since October 2013. I review titles offered by Edelweiss, and participate in blog tours with TLC Book Tours.
View all posts by Fictionophile →
This entry was posted in Memorable lines, Quotations and tagged authors, book quote, Quotations. Bookmark the permalink.

1 Response to A few quotes from mystery authors