Posted on September 26, 2016 by Fictionophile 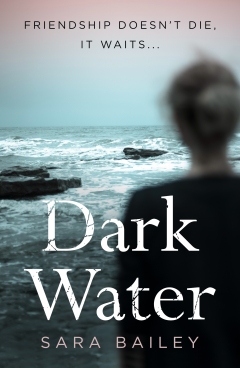 Off the northernmost coast of Scotland lie the Orkney Islands.  It is here that Helena Chambers returns to visit her aging father who is awaiting heart surgery.  She hasn’t returned for over a decade, using the excuse that her PR job, and her hectic life in London preclude visits home.

The truth of the matter is that painful memories have kept her away.  Youthful romances, a stepmother with whom she has never really warmed, and… the drowning death of her best friend, Anastasia.

Helena is very successful in London, but she has few, if any, friends there. When she returns to Orkney once more, Helena is astounded by how easily she falls into the island life.  How most of her former acquaintances accept her presence there as if she never left. Her former contemporaries still call her “Hell Cat”, her old nickname which alludes to her ‘misspent youth’.  She laments on how her father has aged, and how her former friends now have all moved on with their lives without her.  The insular, small community, once stifling, now seems welcoming.  But… a school reunion, her father’s impending surgery, and former lovers , all serve to make Helena uneasy.

Being home again, Helena reflects back on her teenage years…

She and Anastasia thought they would live forever, “through sick and sin”, as their childish promise stated.  Life…  and death had other plans.

They got up to all sorts.  The uncertainty and insecurity of adolescence is a scary time and the two girls braved it together, until that is, boys served to come between them.  One boy in particular.  Magnus was Anastasia’s boyfriend and her time was spent with him more and more – excluding Helena.

Kate has always been fond of Helena, but has found her role as stepmother difficult. Particularly as Helena SO resembles her mother…  Also, she is uncomfortable with Helena’s relationship with Anastasia.  She never liked the girl and thought that the manipulative Anastasia was a disturbing influence on her stepdaughter.

Unresolved issues from the past coupled with Helena’s feelings regarding her own mother’s death have permanently strained the relationship between stepmother and stepdaughter.

Anastasia drowned – but her death remains steeped in mystery. 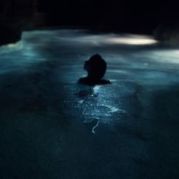 Anastasia drowned whilst swimming at night with Helena around the dangerous waters of the Churchill barriers in Scapa Flow.  This was a foolhardy endeavor in daylight, but the lack of visibility at night made their actions even more reckless.

Helena’s grief for Anastasia has colored her life ever since.  Now, after many years have passed, she wonders if she will be able to recover the vital part of herself that died with Anastasia.

This is a novel of memory, guilt, loss, betrayal, and regret.  A novel that explores the close, sometimes overlapping, emotions of love and hate.  Set in spectacular scenery, it is slow-paced like the island life it depicts. Some will consider it a crime novel, while others perhaps will not.  The reader must decide.

I really enjoyed reading this debut novel and look forward to future works by Sara Bailey.

My thanks to Nightingale Editions who provided me with a digital copy of this novel and invited me to take part in the official blog tour.

Sara Bailey is a writer, researcher and lecturer who has been working with authors,

screenwriters and writers as a consultant* and facilitator for many years. She has had two film scripts commissioned by Cutting Edge Productions.

Recently awarded her PhD in Creative and Critical Writing at Bangor University Sara is a member of the Author’s Association, the National Association of Writer’s in Education and actively involved in national and international conferences on writing.

Sara has recently returned to Orkney after 37 years away.

Sara Bailey has graciously consented to an interview.  I’m sure you’ll be as delighted with her answers to my questions as I was.   Stay tuned…