Posted on November 20, 2016 by Fictionophile

The late Laurlai Rose Wright was a talented novelist who passed away much to soon. She was one of the first Canadian novelists to become renown within the mystery genre. She was called “Canada’s Queen of Crime Fiction” by Chatelaine magazine in 1987. She published all her novels as L. R. Wright (except in the USA, where she appeared as Laurali Wright), and was known as Bunny in her personal life.

L.R. Wright was the author of fifteen novels, nine of which featured her protagonist, Karl Alberg, a staff sergeant with the Royal Canadian Mounted Police.  Throughout the series Karl Alberg has a love interest named Cassandra Mitchell, the town’s warm-hearted librarian. Wright is another mystery author who favors the ‘why‘ over the ‘who‘ dunnit.  The series is set in the picturesque town of Sechelt, British Columbia. 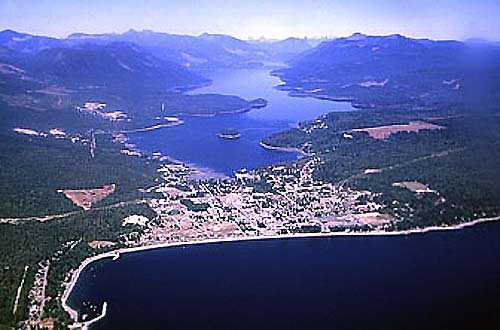 Sechelt is situated on Canada’s ‘Sunshine Coast’, an area to the north of Vancouver famed for its mild climate and stunning coastline.

L. R. Wright worked as a reporter in Calgary before becoming a full-time writer in 1977. After publishing her fourth book, Wright returned to school, receiving an M.A. in Liberal Studies from Simon Fraser University. She taught writing at the University of British Columbia and wrote adaptations for several of her books for radio, film, and television.

Karl Alberg, is as low-key as cops come. He is almost reluctant to become involved. But once faced with the fact of a crime, Alberg becomes cold, detached, and his face reveals nothing. He’s a cop when necessary, but not necessarily always a cop. When off duty Alberg worries about his two grown daughters’ career choices; he dates the town librarian, Cassandra; and he frets about his expanding waistline.

From the first to the last, I heartily enjoyed every one of the novels in this superb series.  The first Alberg novel “The Suspect“, published in 1985, won the Mystery Writers of America Edgar Allan Poe Award for Best Novel of the year.  My favorite of the Alberg novels “A Chill Rain in January” won the Arthur Ellis Award for Best Novel in 1991.  L.R. Wright served as Chair of the Crime Writers of Canada, and was a member of the Writers’ Union of Canada, International P.E.N., International Association of Crime Writers, and Mystery Writers of America.  Her novels have been published in Canada, the USA, Great Britain, Denmark, France, Germany, Italy, Japan, Norway, Spain and Sweden.  Her books continue to be widely read in over a dozen countries, and several are currently in development for film and television.

Before her death Laurlai Wright lived in Vancouver: just a ferry ride away from the fictional town she’s created. L.R. Wright died after a battle with breast cancer in February of 2001.  I still remember the day when I heard of her passing.  I felt bereft…  It saddens me that there are many mystery lovers out there that are unfamiliar with her work, as they are missing out on her extraordinary writing talent.

Read an interview with L.R. Wright