Posted on January 9, 2017 by Fictionophile

Northern England, and crime is rampant in this area on the economic downturn. Detective  Chief Inspector Stephen Greco is new to this ex-mill town near Manchester.  Formerly from Norfolk, he has moved here to be near his ex-wife and daughter.

DCI Stephen Greco, though easy on the eyes, is socially inept.  He suffers from OCD and prefers his own company after a long day’s work.  Although he is not a ‘people person’, he is VERY good at what he does.  His only hobby, other than his work, is genealogy.  In particular, he is interested in finding out how his Italian name came to be in England.

He didn’t want to move here, he finds the town depressing and brutal.  To make matters worse, his new ‘team’ are not exactly team players.  Jed Quickenden (Speedy), his sergeant, is a local man who still associates with the undesirables of the area.  He is unkempt and work-shy.  He arrives to work hungover, disheveled, and inattentive.   A local criminal has a hold over Speedy which threatens his career.

DC Grace Harper is ambitious, ‘sharp’, and has the potential to be a great copper. Now though, she is the single mother to a young child so she is not able to devote as many hours to her job as she would like.

DC Craig Merrick’s reputation as an upstanding policeman is suffering. This is exacerbated by the fact that he follows Speedy around and is highly influenced by him. 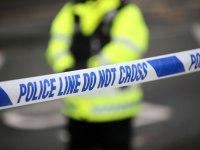 A woman’s body has been found, murdered and horribly mutilated.  It is up to Greco and his ragtag band of CID to discover who murdered her.  They are also tasked with putting a clamp on the growing illegal tobacco and drug trade that is pervading their patch.  AND… there is another missing woman!

When Greco’s ex-wife’s father falls ill, she leaves him with his five-year-old daughter, Matilda.  With his hands completely full, Greco must somehow take care of Matilda, find a serial murderer, and create a tight working unit out of his team.

The new female pathologist wants to be a part of Greco’s life, but with his full plate at work and his lingering feelings for his ex-wife, he is reluctant to take her up on her offer.

This well rendered British police procedural’s story is divided equally between the cases the team are working on, and the team itself.  This is something I appreciate as a reader. Especially when the team dynamic is needed to be fully fleshed out due to the fact that this is the first novel in a new series.

“Dark murder“, as the title implies, has many dark themes running throughout.  Drug trafficking, terrorism, gambling, greed, revenge, child abuse, and, torture.  That being said, it was a well plotted mystery with good characterization, vivid atmosphere and a satisfying ending. I liked the author’s writing style and will definitely be following this series as time allows.

I received a digital copy of this novel from Joffe Books via NetGalley.

Helen H. Durrant is the author of the popular Calladine & Bayliss police procedural series. (Here is the link to my review of the first novel in this series, “Dead wrong”.)

She lives in northern England.  When she is not writing mysteries, she is bird-watching.