New on my radar: “Seas of snow” by Kerensa Jennings #TBR

I received an email today telling me of a new, debut psychological thriller.  It sounded SO brilliant, that I thought I’d spread the word and share the latest addition to my TBR!

A psychological thriller that explores whether evil is born or made.

Is evil born or made?

Seas of Snow is a story of broken trust and shattered dreams. Of consequences. Of a life lifted and liberated by poetry. Of a life haunted by darkness and lived in fear.

This is the tale of Gracie Scott, who becomes fascinated by the work of Rainer Maria Rilke and delights in his words for guidance and succour. But when her psychopath uncle Joe enters her life, is poetry enough?

Alternating between contemporary North Tyneside and around the time of World War Two, Seas of Snow dances through time, backwards and forwards between the literary reveries and troubles of the young girl, and the old woman of today, frail and isolated in a nursing home.

Seas of Snow is a bleak psychological thriller about trust and betrayal told with a distinctive and complex narrative voice.

1950s England. Five-year-old Gracie Scott lives with her Mam and next door to her best friend Billy. An only child, she has never known her Da. When her Uncle Joe moves in, his physical abuse of Gracie’s mother starts almost immediately. But when his attentions wander to Gracie, an even more sinister pattern of behaviour begins.

As Gracie grows older, she finds solace and liberation in books, poetry and her enduring friendship with Billy. Together they escape into the poetic fairy-tale worlds of their imaginations.

But will fairy tales be enough to save Gracie from Uncle Joe’s psychopathic behaviour – and how far will it go?

Take a look at the booktrailer for “Seas of snow“.

Karensa Jennings shares her thoughts on what inspired “Seas of snow“. 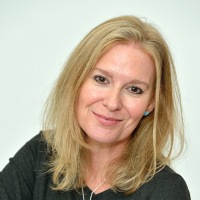 Kerensa Jennings is a storyteller, strategist, writer, producer and professor.

Kerensa’s TV work took her all over the world, covering everything from geo-politics to palaeontology, and her time as Programme Editor of Breakfast with Frost coincided with the life- changing events of 9/11.

The knowledge and experience she gained in psychology by qualifying and practising as an Executive Coach has only deepened her fascination with exploring the interplay between nature and nurture and with investigating whether evil is born or made – the question at the heart of Seas of Snow.

As a scholar at Oxford, her lifelong passion for poetry took flight. Kerensa lives in West London and has developed a career in digital enterprise to help inspire young people across the UK and unlock their potential.

Seas of Snow is her first novel.

7 Responses to New on my radar: “Seas of snow” by Kerensa Jennings #TBR