I take umbrage when publishers, in their infinite wisdom, decide to rename a book which already has a perfectly acceptable title.  This has occurred time and time again with books on my own personal TBR. For some unfathomable reason, publishers on opposite sides of the Atlantic Ocean seem to think that we readers differ and will be attracted by different covers and titles.

again, I prefer the cover and title on the left

I think I prefer the title and cover on the right

I actually had BOTH of these on my TBR until I realized they were the same book! 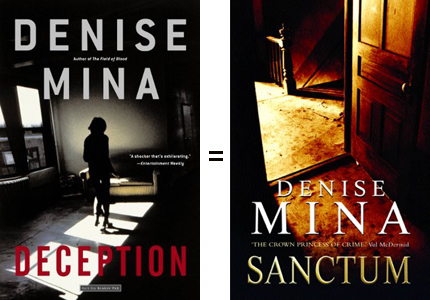 I actually BOUGHT both of these. URGH! 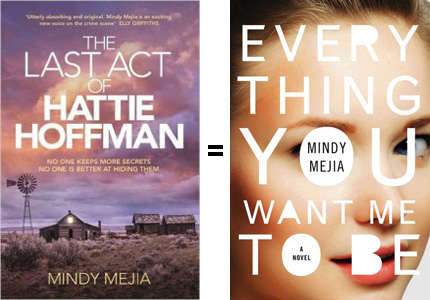 I personally prefer the cover and title on the left. I’m not sure I would have even picked up the cover on the right.

again, I much prefer the cover and title on the left 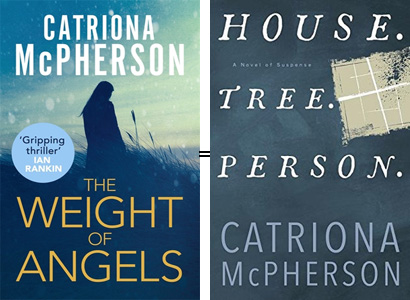 cover on the left wins again 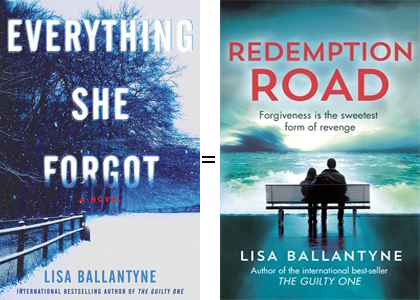 Bookworms everywhere must have encountered this issue on more than one occasion. Readers who follow authors or series rather than titles, fall victim to this ploy regularly. I even purchased the same book twice because of it.  (Maybe that is their evil plan….) 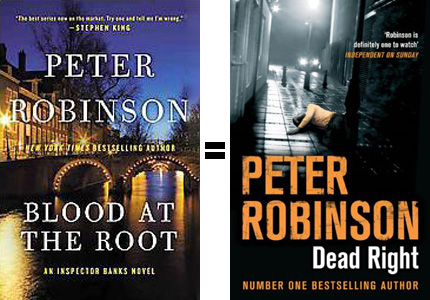 Yes, I actually bought BOTH of these. I remember being SO excited that Peter Robinson had a new book out!

the decision to change the word ‘close’ to ‘alley’ for North American audiences is one that I find ludicrous. Anyone who follows Rankin’s Rebus wants to read #15 in the series regardless Also, they know what a ‘close’ is.

And don’t even get me started as to how much I hated it back when I was working as a library cataloger.  The library would have a book, patrons would place holds on that book. Then… another patron would hear about a book and place a ‘suggestion for purchase’. We’d buy that book and that title would generate holds being placed on it.  Then, when I catalogued it I would discover that book B was the SAME BOOK as book A.    URGHHHH! Our means of handling the problem was enough to give a cataloger nightmares.  We merged the two records together!!!!  GASP!  The reason for this was so that ALL the patrons who had holds on the book would be in one queue.  This in turn led to all sorts of mayhem, as when they came to pick up their book, they thought they were getting the wrong one!

This has happened a few times with one of my favorite authors, Louise Penny. On her website, Penny writes:
“The publishers did this not, as you might suspect, to be annoying but because they genuinely feel their readers respond to different titles.” 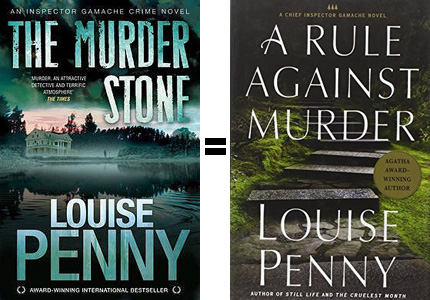 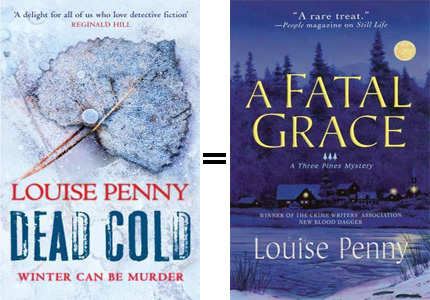 As I’ve mentioned, this practice of having one book with two different titles is a nightmare for library staff, and I expect, bookstore staff as well.  Some of the titles are so completely different that one would never guess it is the same book.  Some have common words and are changed only slightly.  What is the point? (other than to give library workers and bookstore employees grey hair) 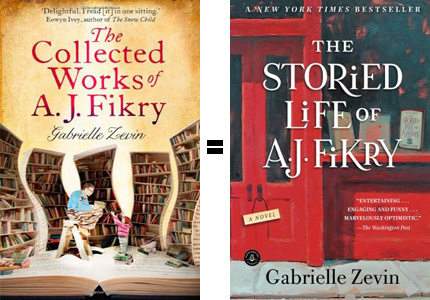 It happened to one of my all-time favorite novels!

and one of my all-time favorite novelists, Ruth Rendell 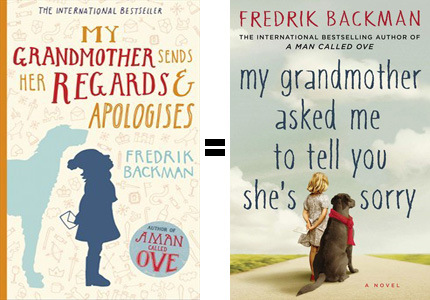 and another of my favorite novelists, Fredrik Backman 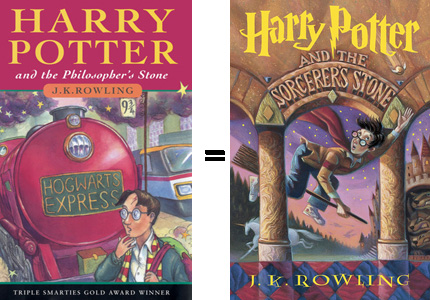 It has happened with books by one of the world’s best-selling novelists!

It happened to the “Queen of Crime” 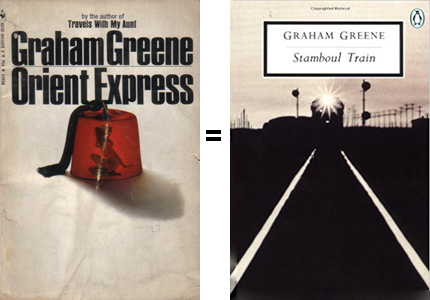 it has happened to Graham Greene 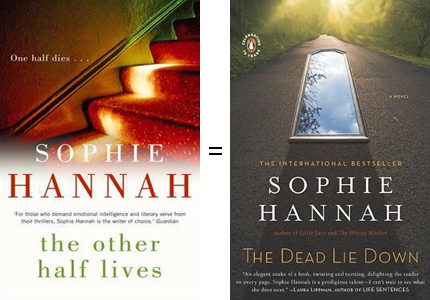 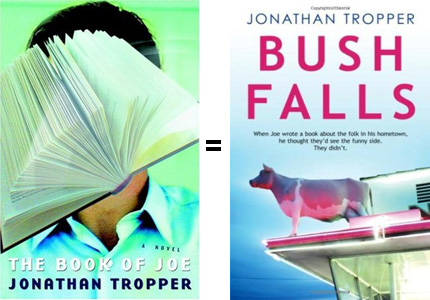 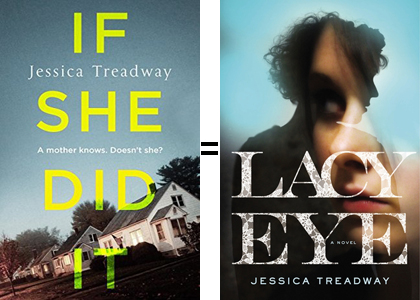 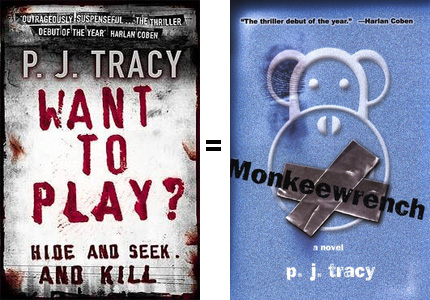 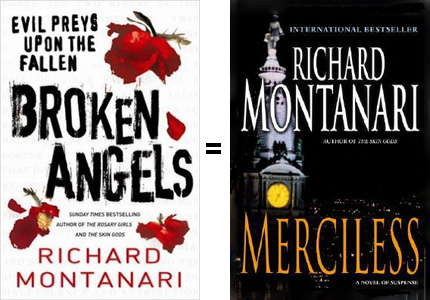 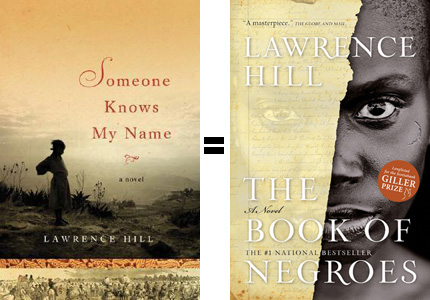 and the award-winning Lawrence Hill

along with myriad others that I don’t have time to name….

As a reader, what are YOUR thoughts on this issue?

Also, I’d love to hear what authors feel about this practice.

I’d love to hear your stories about books that are published under two different titles.

Fiction reviewer ; Goodreads librarian. Retired library cataloger - more time to read! Loves books, gardening, and red wine. I have been a reviewer member of NetGalley since October 2013. I review titles offered by Edelweiss, and participate in blog tours with TLC Book Tours.
View all posts by Fictionophile →
This entry was posted in Dustjackets, ramblings & miscellanea and tagged covers, rants, titles. Bookmark the permalink.