This morning, as I peruse my lovely bookshelves I spy one of my all-time favorite series and realize that I have not yet posted about it on my “Series to Savour” blog series. Well, that must be remedied immediately!  I’m referring to the Ruth Galloway mysteries written by Elly Griffiths.  The Ruth novels are a joy! 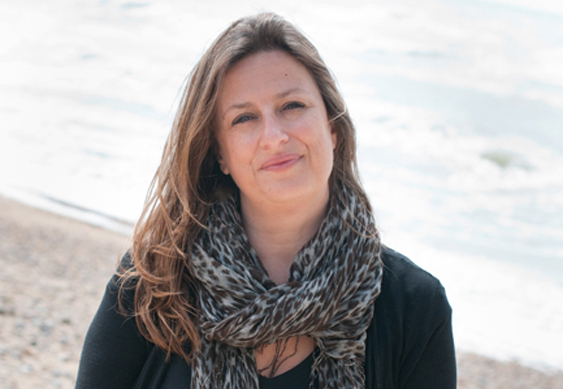 Elly Griffiths is the pseudonym for Domenica de Rosa.  She has written four books under her real name.  She was born in London in 1963 and her family moved to Brighton when she was five. She loves Brighton – the town, the surrounding countryside and, most of all, the sea. She went to local state schools and wrote her first book when she was a eleven, a murder mystery set in Rottingdean, near the village where she still lives. At secondary school she used to write episodes of Starsky and Hutch (early fan fiction) and very much enjoyed making her readers cry.

She did all the right things to become a writer: She studied English at King’s College London and, after graduating, worked in a library, for a magazine and then as a publicity assistant at HarperCollins. She loved working in publishing and eventually became Editorial Director for children’s books at HarperCollins. All this completely put her off writing and it wasn’t until she was on maternity leave in 1998 that she wrote what would become her first published novel, The Italian Quarter.

Three other books followed, all about Italy, families and identity. By now she had two children and her husband Andy had just given up his city job to become an archaeologist. They were on holiday in Norfolk, walking across Titchwell Marsh, when Andy mentioned that prehistoric man had thought that marshland was sacred. Because it’s neither land nor sea, but something in-between, they saw it as a kind of bridge to the afterlife. Neither land nor sea, neither life nor death. As he said these words the entire plot of The Crossing Places appeared, full formed, in my head and, walking towards me out of the mist, I saw Dr Ruth Galloway. She didn’t think that this new book was significantly different from her ‘Italy’ books but, when she read it, her agent said, ‘This is crime. You need a crime name.’

And that’s how she became Elly Griffiths.

Her protagonist, Ruth Galloway, is a forensic archaelogist who lives alone with her two cats in an isolated cottage on Norfolk’s Saltmarsh coast.  Ruth is ascerbic, solitary and strangely loveable. She works as the Head of Forensic Archaeology at the University of North Norfolk. Thirty-something and a bit overweight, she does not have much of a social life, nor does she want one. However, she is drawn to DCI Harry Nelson, the police inspector who was instrumental in solving the mystery in “The Crossing Places“.

Ruth is an intriguing character. Solitary, smart, and strong, (not to mention a cat owner) Ruth is a protagonist that you’ll want to follow avidly as she becomes almost a friend over the course of the series.
With such a powerful protagonist and themes of missing children, historical exhumations, friendship, and just a smattering of romance, the series exhibits everything I truly enjoy in a mystery series. Griffiths descriptions of the barren and beautiful marshlands set the mood for the books excellently.

The fabulous first novel of the series was the Winner of the Mary Higgins Clark Award 2011 and was shortlisted for the Theakstons Old Peculier Crime Novel of the Year!

In further books in the series we come to know Ruth and follow her through several interesting cases whilst encountering some steep challenges, and the joys and sorrows of her personal life.  It is the excellent balance between her personal life and her work life that makes this series so special.

Elly Griffiths loves doing research and it is evident in her novels.  The perfect blend of forensically interesting and atmospheric mysteries.

Listen to Elly Griffiths talk about her character, Ruth Galloway

Elly Griffiths won the CWA Dagger in the Library award in October 2016.  This award is presented to the author of the most enjoyed collection of work in libraries!

The nine novels featuring Ruth Galloway are: (don’t you agree that they all have stunning covers?) 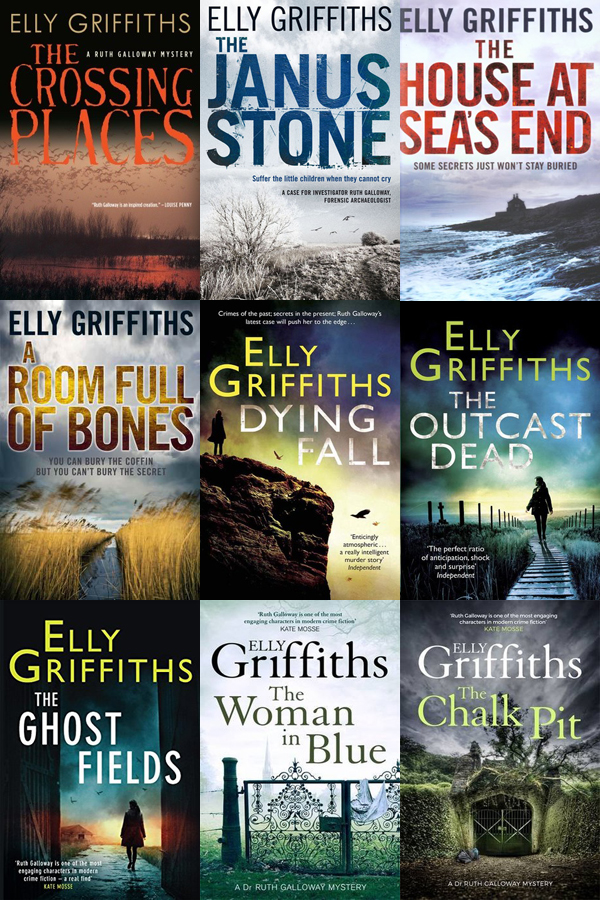 The author has also written a novella featuring Ruth Galloway.  It can be considered 4.5 in the series coming between “A room full of bones” and “Dying fall“.  It is a Christmas novella called 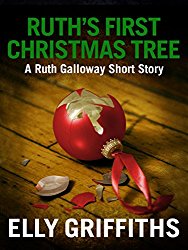 Some of my favorite quotes from Elly Griffith’s novels:

An interview with Elly Griffiths

I’d love to hear from you if you’ve read any of the Ruth Galloway series –
or if you plan to. 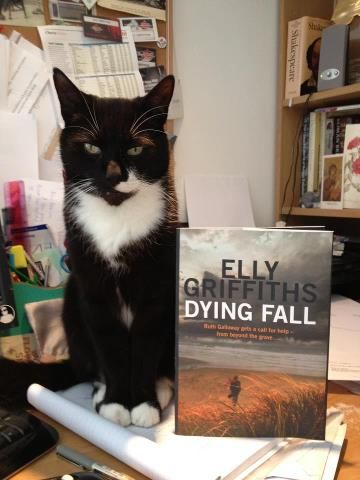