I can’t believe that I have not yet written about the fabulous Louise Penny on my “Series to Savour” blog series. Well, that must be remedied immediately!  Set in the charming small town of Three Pines, the series features police Chief Inspector Armand Gamache.  I’m a huge fan! 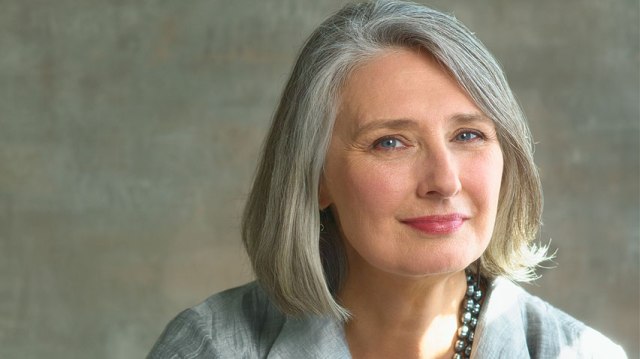 Louise Penny was born in Toronto in 1958 and became a journalist and radio host with the Canadian Broadcasting Corporation, specializing in hard news and current affairs. She suffered from debilitating loneliness and turned to alcohol.  Then, in her mid-thirties she stopped drinking and married the love of her life, Michael Whitehead. They lived in an old United Empire Loyalist brick home in the country, surrounded by maple woods and mountains and smelly dogs. Sadly, Michael died in 2016 after a dignified battle with dementia. Louise was by his side throughout.

Her novels have been translated into 25 languages!

Her protagonist, Chief Inspector Armand Gamache, of the Sûreté du Québec digs beneath the idyllic surface of village life in Three Pines, finding long buried secrets–and facing a few of his own ghosts. Three Pines is a place you will come to love and its inhabitants will become friends.

The small fictional town of Three Pines, is located in the beautiful Eastern Townships of Quebec.

Louise Penny and her mystery series have won many literary awards including:

She has won the Agatha Award for best mystery novel of the year five times!

The author is often asked whether the books should be read in order. This is her reply:

At the risk of appearing to want you to buy more books let me say that while it’s not necessary to read them in any particular order (they’re designed to be self-standing) there is quite a strong character development arc. I think you’d enjoy the books even more if read in order.

As a reader of these novels, I whole-heartedly agree.

A wonderful character-driven mystery series that I highly recommend!

I’m proud to say that even though I now read exclusively in digital format, I do OWN all of Louise Penny’s novels in hardcover.  The first of which is an autographed copy! 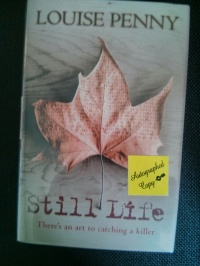 “Still Life” was adapted as a television movie with Nathaniel Parker in the role of Gamache.  I did NOT like it at all.  Although I like this actor, he was not at all as I imagined Gamache while reading the books.  I feel it was one of the poorer adaptions of a mystery novel ever done.

Some of my favorite quotes from Louise Penny’s novels:

“No good ever comes from putting up walls. What people mistake for safety is in fact captivity. And few things thrive in captivity.”

“I’m just like this. I have no talent for choosing my battles. Life seems, strangely, like a battle to me. The whole thing.”

“The leaves had fallen from the trees and lay crisp and crackling beneath his feet. Picking one up he marveled, not for the first time, at the perfection of nature where leaves were most beautiful at the very end of their lives.”

and this one which made me smile…

“But you want murderous feelings? Hang around librarians, confided Gamache.  All that silence. Gives them ideas.”

Two of my favorite photos of Louise Penny

An interview with Louise Penny

and another interview where Louise Penny speaks with Julia Spencer-Fleming

Louise Penny has graced the cover of Mystery Scene magazine! 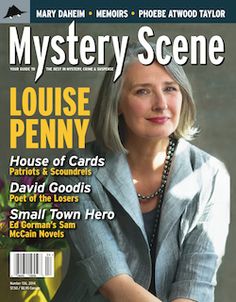 An author profile from Quill & Quire

Louise Penny is the recipient of the prestigious Order of Canada!  This is Canada’s highest civilian honour!

I’d love to hear from you if you’ve read any of the Armand Gamache series –
or if you plan to.