“Beneath the ashes” by Jane Isaac

The second in a series, this is a strongly characterized police procedural is set in the West Midlands town of Stratford, Warwickshire, England.

The protagonist, Detective Inspector Jackman, is a likeable and complex character – a man torturing himself with guilt over the accident that changed his life forever.  His wife was injured in an automobile accident while driving him home when he had had too much to drink.  Now she is living in an extended care facility suffering from ‘locked-in’ syndrome.   Jackman and his beloved daughter try to remain positive but this proves difficult with less and less real hope for her recovery. In this second in the series, Celia, Jackman’s daughter, is twenty years old and living away at university.  She brings her boyfriend home for the first time and Jackman has a difficult time getting used to the idea that his little girl is all grown up.

Also, this time around, Jackman is thinking of putting in for a promotion.  He hasn’t told his team, and he gradually has second thoughts due to the fact that he wants to be ‘hands on’ and not a paper pushing management drone.

“Beneath the ashes” begins with an intriguing scene. A woman in a cemetery with a knife… Clearly she is anguished.

We meet Nancy Faraday as she awakes on the floor of a farm kitchen.  Nancy, who works in a floral shop has for the last three months been going out with a man called Evan Baker.  Their relationship has developed quickly and Nancy thinks he may be ‘the one’.  Evan works at a local farm looking after the premises and animals whilst the owners are away having an extended trip to Australia. Upon awakening on the kitchen floor of the farmhouse where Evan is living, she realizes she has a nasty bump on her head and cannot remember anything about the night before. It would seem that while Nancy was unconscious, there was a fire in the barn and Evan’s body was found beneath the ashes.

Jackman and his team are tasked with the investigation which becomes murkier and murkier as time goes on.  It would seem that the man who Nancy knew and loved as Evan Baker was living under an assumed name.  Then the old barn reveals other secrets which could have a bearing on the case. Also, it is revealed that Evan had rented storage space in the barn to a man who has three collector quality automobiles – all of which were heavily damaged in the fire.

Meanwhile, Nancy is grieving. With still no memory of the events leading up to his death, she cannot believe that Evan is gone forever.  Then – she begins receiving threats.  She is accosted outside her flat. She receives a cryptic note through the letterbox.

She is again threatened in the supermarket, where she gets a glimpse of the man’s hand which has a tattoo with the letters CC..  With her friend’s support she goes to the police. She thinks the threats are related to her alcoholic mother, but the police have other ideas.

With threats, secrecy, revenge, adultery, rape victims, and turf wars in the drug trade, this mystery novel is not short on intrigue.

I enjoyed the read, but to be honest I liked the scenes with Jackman much more than the pages centered around the criminal case.  I really enjoyed the first novel in this series and plan to follow along with Jackman in future books. The third novel in the series is available now and its title is “The lies within”.

The first novel in this series, “Before it’s too late“ was a great 5* read.  You can read my review here.

Sincere thanks to Legend Press via NetGalley for providing me with a digital ARC for review. 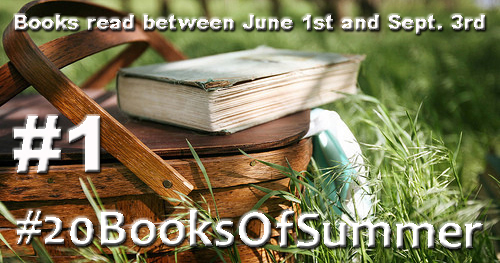 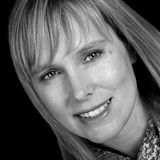 Jane Isaac lives in rural Northamptonshire, England with her husband and daughter where she can often be seen trudging over the fields with her dog, Bollo.

1 Response to “Beneath the ashes” by Jane Isaac