This novel has probably one of the best first paragraphs I’ve read in quite a while:

“There were two reasons why William South did not want to be on the murder team. The first was that it was October. The migrating birds had begun arriving on the coast. The second was that, though nobody knew, he was a murderer himself.”

William South lives alone in a tiny coastguard cottage in Dungeness, Kent near the nuclear power station. South has been a policeman for over twenty years. An ordinary copper, he is assigned to support the new Detective Sergeant as she is unfamiliar with the area. DS Alexandra Cupidi has just moved to Kent with her daughter. Her previous job was with the London Metropolitan Police.

“Birding had always been his one safe place.”

South, an avid birdwatcher, uses the skills he has learned as a birder in his police work. He writes all his observations down in his notebook, a discipline that all birders work to acquire.  Birding has made him patient. Birdwatching has been his passion ever since he was a child. It is an occupation for a solitary boy, and a solitary man.

“Birdwatching was like being a beat copper. You spent your days looking for anomalies. Things that were just a little different.”

The first case DS Cupidi is tasked with is a murder. When William South learns that the murder victim is his good friend, fellow birder, and close neighbor, he is deeply troubled. Bob Rayner had been a nice gentle man, a private man, much like South himself. His murder was brutally violent causing South to re-access his love of the place where he lives.

“It wasn’t just the threat of violence, the idea that the killer was out there still; something dark had been stirred up”.

South lives alone partly because he does not want to inflict his ‘baggage’ on another person.  He grew up in Armagh, Northern Ireland during a time when school children practiced running in a zigzag pattern so as to avoid being shot at. Back then his name was Billy McGowan and his father was in the paramilitaries.  His experiences in 1978 during “The Troubles” have indelibly colored his life and he lives with guilt on a daily basis.

DS Cupidi works all the hours God sends. As a result her teenage daughter Zoë is often left to her own devices.  Zoë harbours a lot of anger at her mother for taking her out of South London and away from all of her friends.  She is not getting along at her new school and fights with her classmates.  Cupidi enlists South to take Zoë out birdwatching to keep her out of trouble.  Much to South’s surprise he finds that Zoë is a natural birder who displays a real interest in the pursuit.

a Dungeness, Kent beach (and the cover photo of the Quercus Books edition of “The Birdwatcher”)

The murder investigation spurs other crimes. Other murders. One of which is connected to South’s past in Northern Ireland.  DS Cupidi, at first very friendly toward South, turns distant and decidedly cool. Why? Will South’s career survive the secrets he carries?

This was a great read!  All of the characters were so real that you felt compassion for them and you become invested in their fate. The Dungeness, Kent setting was atmospheric and perfectly suited to the story.  Like many novels the action was divided between a past narrative (Billy’s boyhood in Northern Ireland), and a present narrative (his adult life as a policeman in Kent).  The author skillfully alternated between the two time periods and linked them up in a cohesive manner. The suspense-filled final pages will delight all those who relish crime thrillers and police procedurals.  All in all – reading time well spent!

In this novel William South was very much the protagonist and DS Cupidi a supportive character. When I finished reading the book I found myself wishing the characters would return in another novel – though “The Birdwatcher” was touted as being a stand-alone. I then discovered that DS Cupidi is returning in another book entitled “Salt Lane” which is #1 in the DS Alexandra Cupidi series.  I’ve already added “Salt Lane” to my TBR.

I received a digital copy of this book from Mulholland Books via NetGalley in consideration of my honest review.

“The Birdwatcher” can be purchased at any of these online retailers:

“The Birdwatcher” is the 9th book of my #20BooksOfSummer challenge

from the author’s Goodreads bio: 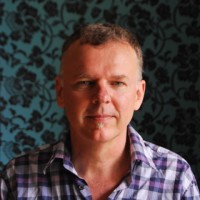 William Shaw is the author of the Breen & Tozer series set in London in 1968-9 and has a new book in the series called “Sympathy for the Devil” which is soon to be published.
In 2016, he published a standalone called “The Birdwatcher” .
The non-fiction books he wrote include Westsiders , an account of several young would-be rappers struggling to establish themselves against a backdrop of poverty and violence in South Central Los Angeles, Superhero For Hire , a compilation and of the Small Ads columns he wrote for the Observer Magazine, and Spying In Guru Land , in which he joined several British religious cults to write about them.
William Shaw lives in Brighton and plays music with Brighton Ceilidh Collective.

26 Responses to “The Birdwatcher” by William Shaw – Book Review