As soon as I saw this title offered on NetGalley, I just knew I had to read it. The place name alone cinched it. As I sit in my cottage on a warm, though blustery day, I am just a short drive away from Malagash.

I began reading with no expectations whatsoever.  I didn’t have any knowledge of the author – I knew only that the book was set nearby.

I was completely blown away!

“And if words mean something to you, if an idea moves you,
aren’t you changed, just a little?”

The story is that of Sunday, a teenaged girl who has recently come to Malagash because her father is dying and he wanted to come ‘home’ to die in the place where he grew up. Sunday, her younger brother Simon (whom she calls “the waif”), and her mother, will stay with her grandmother in Malagash and visit her father in a care home in Tatamagouche.

“I thought Malagash would be a small town, but it is not even that. One long road, a twisting paved red loop around the north shore of Nova Scotia. There’s a tractor sitting in a field. A dirt bike leaning up against a shed. We pass a pen of llamas, who look bored as hell. The Atlantic Ocean itself comes right up to drive along beside us. Then it slips away.”

Sunday has brought three computers along with her on this journey. She was once suspended from school because she hacked into the school’s database.  Her intention now is to record her father’s words so that he will always be here… and, she plans to create a computer virus that will make her father’s words and voice spread throughout the world. In this way, she will make him live forever. 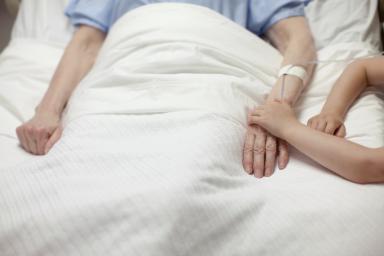 “I have my computers. We won’t be here forever, I guess. Just for the rest of my father’s life.”

“My living father still has more to say. I want as many of his jokes and kindnesses to make it into the software as possible.”

When Sunday’s father, just months before his fortieth birthday, succumbs to his battle with cancer, the family is left bereft. Sunday and her young brother Simon roam the Malagash area on their bicycles – leaving their mother and grandmother to get on with mourning in their own way…  They visit wharves, barns, and country lanes. Sunday discovers that she quite likes Simon’s company after all – and they become closer than they were before.

“We are subject to no authority, my brother and I. We are free.
Governed only by what little sense we were born with.”

“Visiting our Dad in the hospital gave our days structure.
Now all we have is the sky and red road and sandwiches every day at noon.”

A different premise to be sure, but Sunday’s story is one that will live in my heart forever. This is a novel of mourning and one family’s eloquent way of coming to terms with unbearable loss. “Malagash” is a simple, beautifully written, heart-wrenching read and a fine example of well-crafted literary fiction. 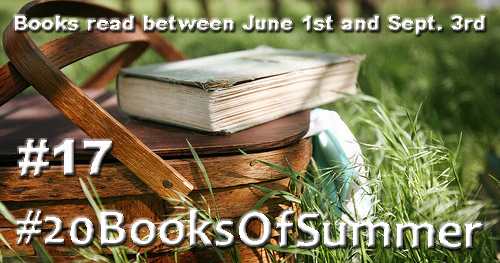 “Malagash” is my 17th read of my #20BooksOfSummer reading challenge

I received a complimentary digital copy of this novel from ECW Press via NetGalley.

Joey Comeau (born 1980) is a Canadian writer who has authored four novels and the webcomic A Softer World. His work has been nominated for the ReLit and Shirley Jackson awards, has appeared in the Best American Non-Required Reading and the Guardian, has been profiled in Rolling Stone, and has recently been translated into French, Spanish, Turkish, and German. He has a degree in linguistics.

10 Responses to “Malagash” by Joey Comeau