Posted on September 4, 2017 by Fictionophile

“Beautifully rendered and poignantly told, Evensong is a novel about the deep undercurrents of love and regret in one Midwestern family – an indelible portrait of a woman searching for tranquility at the end of her days.”~~ Publisher 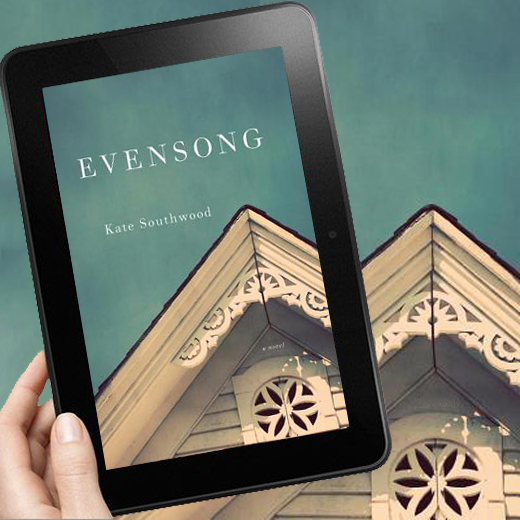 The brilliant blurb and the stunning cover were what attracted me and led to my reading of this novel.  I had never read this author’s work before. This novel captures the recollections and reminiscences of elderly widow Margaret Maguire.  When we first meet the elderly Margaret she is in hospital, and she is desperate to be released and back home for Christmas.

She gets her wish and, under the care of her granddaughter Melissa, she continues with her reflections of her life and family.

“things come to me in flashes, though,
like photographs held up and then snatched away”

The reader enters Margaret’s mind as she reflects back on her life. Choices made, both good and bad. She reveals her regrets and self-recriminations. People that have touched her life, some loved, some not so much…

The novel reveals her innermost thoughts, her fear of losing her independence, her memories of her life as the wife of a bully…  Her husband, Garfield, was a dentist who died in his dental office some forty years earlier. On one hand he was arrogant, critical, domineering, disrespectful, controlling, and condescending. On the other hand he was handsome, extremely intelligent, and could be kind to others – just not others in his family.

“I didn’t lose Joanne overnight. I let go by degrees.”

Margaret reflects on her relationships with her two daughters. Joanne, the eldest who her husband goaded into hating him – who she lost to him as a tiny girl.  She feels that by letting Garfield ‘parent’ Joanne, that she had in fact, failed her.

“It is fair to say that Garfield had one set of rules for himself, and another for everyone else, and in this Joanne is his heir.”

“He taught his distrust of imagination to Joanne, though, and what is truly unforgivable, he stamped out any imagination she had herself.”

Then there came Lee, her youngest daughter, who she ‘kept for herself’.

When I first started to read this book I was put off by the myriad characters introduced in the preliminary chapters.  Members of Margaret’s family, both living and dead, siblings, in-law’s, they were all there – and I found it difficult to discern who they were at first.  As the chapters unfolded I gradually was able to keep them distinct in my mind.  Margaret, now in her late eighties, is the last of her generation.  Her parents, in-laws, siblings, and husband are all gone.

“It’s the people sitting at your table that you’ll remember, not the food.
The food doesn’t matter.”

This is a story of the mundane events that make up a life.  The slights, the bickering, the petty jealousies, the criticisms that are inherent in every family, but are more prevalent in some. The things that matter and the things that we think matter, but don’t really when all is said and done. A novel about life – and death – and how it comes to us all whether we’re ready for it or not.  How we create our own truths. How living and dying with dignity is something to be strived for, but is not always possible.

This is a thought-provoking novel of literary fiction that I can see would not be for everyone.  A very slow-paced story, with myriad characters and some repetition, but beautifully told.  I liked Margaret, but found her wanting in some way that I cannot define… She was probably never truly happy – perhaps that’s it.

I received a digital copy of this novel from W.W. Norton & Company via Edelweiss. 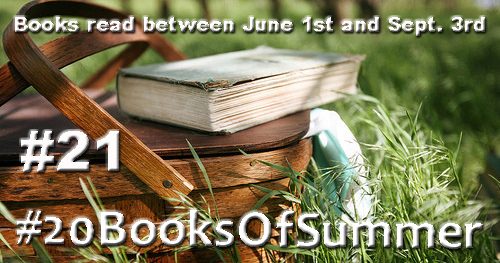 “Evensong” is my 21st read of my #20BooksOfSummer reading challenge 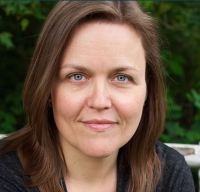 Kate Southwood is the author of novels “Falling to Earth” and “Evensong”.
Kate received an M.A. in French Medieval Art from the University of Illinois, and an M.F.A. from the University of Massachusetts. She has written for The New York Times, Christian Science Monitor, and the Huffington Post, among others.
Born and raised in Chicago, Kate now lives in Oslo, Norway with her family.

Fiction reviewer ; Goodreads librarian. Retired library cataloger - more time to read! Loves books, gardening, and red wine. I have been a reviewer member of NetGalley since October 2013. I review titles offered by Edelweiss, and participate in blog tours with TLC Book Tours.
View all posts by Fictionophile →
This entry was posted in Book Reviews, Edelweiss, Literary fiction, Women's fiction and tagged stand-alone novels. Bookmark the permalink.