“The long drop” by Denise Mina

Posted on September 15, 2017 by Fictionophile

“The Long Drop is a re-imagining of the Peter Manual trial and of the drunken night two men spent carousing in Glasgow.” 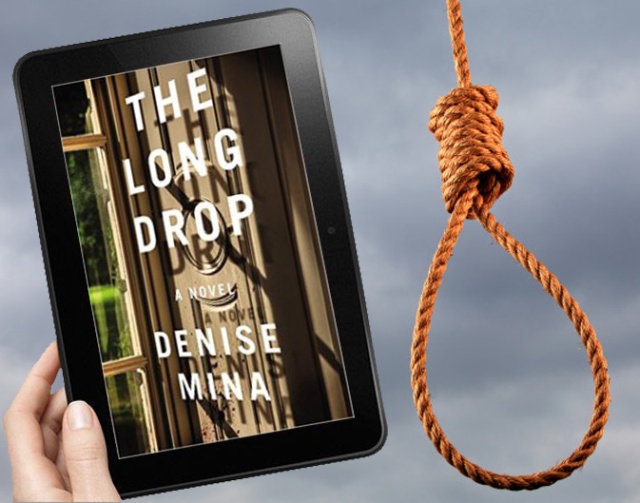 Ever since I read the fantastic “Garnethill” I have been a devout fan of Denise Mina. This time around the ‘Queen of Granite Noir’ has turned her hand to the fictionalization of a true crime. As with everything else she writes, she did it brilliantly.  So brilliantly in fact that she has just won the McIlvanney Prize for this book!

Mina’s Glasgow of sixty years ago matches Chicago for its criminal past. Filled with career criminals, illegal arms, avarice, drunkenness, and desperation, Glasgow was then a dark place, both figuratively with its pervasive violence; and literally due to the myriad coal fires.

“Above the roofs every chimney belches black smoke. Rain drags smut down over the city like a mourning mantilla.”

“Mr Watt likes power and being near powerful people”.

Watt was accused of murdering his wife, his sister-in-law, and his daughter. The case came to be known as “The Burnside Affair”. His celebrity lawyer, Laurence Dowdall gets him released from prison, though the police continue to believe he is guilty. Watt maintains his innocence and places the blame on career criminal Peter Manuel. Strangely, Watt and Manuel spend a drunken night together in Glasgow. Friends? How unlikely… Even stranger, it is Dowdall who introduces the two.

“Dowdall is a storyteller. He knows how slippery truth is.”

As the pages are turned, the reader realizes that no one here is truly innocent, though Manuel’s guilt seems evident from the off. Dowdall thinks him to be a malevolent liar. The reader is made aware that he is much more: a maniacal psychopath, an aspiring novelist, an impotent sadist, and a man with a violent temper.

Interestingly, Manuel fires his legal counsel and opts to represent himself in court.

“Then he talks for six hours, largely without notes. He tells all the stories of each of the murders individually.” 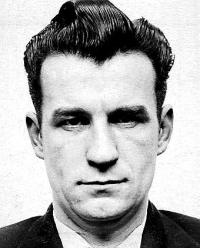 The author’s descriptive re-imagining of events prior to, and during, Manuel’s trial for eight murders adds to the reader’s enjoyment. She makes both villain and victim so real that they seem alive, thus making the reader more empathetic toward them. The reader feels particular empathy for Peter Manuel’s mother due to Mina’s deep understanding of her plight. Vivid dialogue and scenes transport the reader to 1950s Glasgow.

“It is 1958 and a husband has the legal right to rape and beat his wife.
That’s a private matter, a matter for the home.” 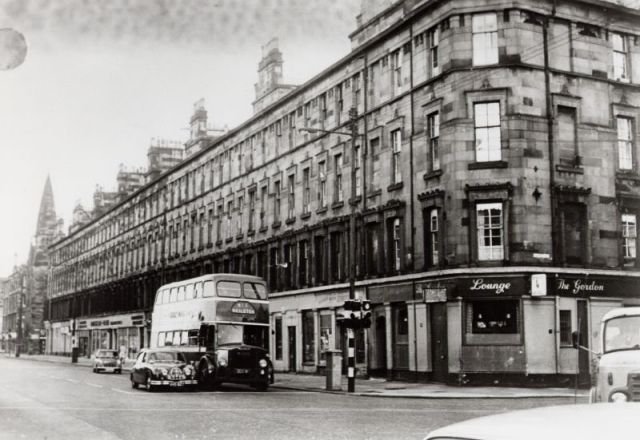 Yes, without doubt, it is Mina’s writing that brings this historic string of crimes to vivid life.  Obviously well researched, she has taken crime transcripts and newspaper coverage and caused them to come alive with her brilliant prose and dialogue.  I do have a quibble with the description on Goodreads which calls this a ‘psychological thriller’ just because that is the genre Mina usually writes.  This is a historical true crime fictionalized in an entertaining way. I am not normally a ‘true crime‘ fan, but when facts are disguised by skillful prose, I am won over.

“The long drop method snaps the neck between the second and third vertebrae. Done properly, death is instantaneous.” 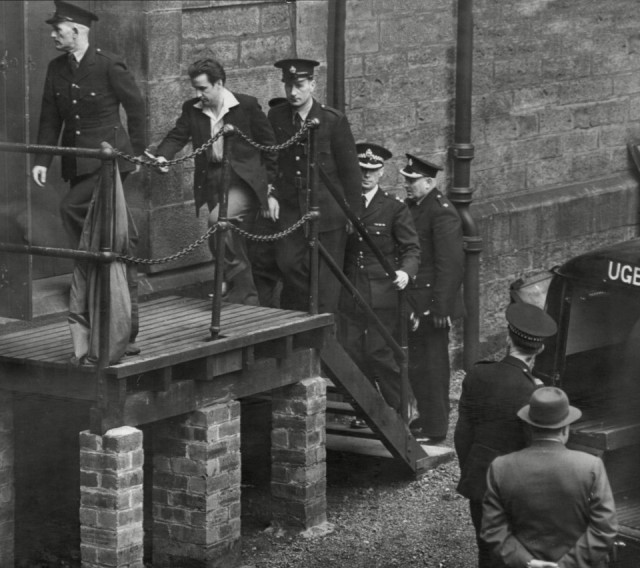 For photos taken around the time of the actual trial see: http://murderpedia.org/male.M/m/manuel-peter-photos.htm
and
http://www.glasgowlive.co.uk/news/history/story-scotlands-worst-serial-killer-11527326

Congratulations to Denise Mina who won the Bloody Scotland McIlvanney Prize Scottish Crime Book of the Year 2017 for The Long Drop. It is the first time a woman has won the award. 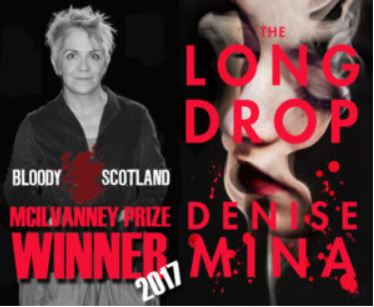 I was provided a complimentary digital copy of this novel by Little, Brown and Company via NetGalley.

After a peripatetic childhood in Glasgow, Paris, London, Invergordon, Bergen and Perth, Denise Mina left school early. Working in a number of dead end jobs, all of them badly, before studying at night school to get into Glasgow University Law School.
Denise went on to study for a PhD at Strathclyde, misusing her student grant to write her first novel. This was Garnethill, published in 1998, which won the Crime Writers Association John Creasy Dagger for Best First Crime Novel.
She has now published 12 novels and also writes short stories, plays and graphic novels.
In 2014 she was inducted into the Crime Writers’ Association Hall of Fame.
Denise presents TV and radio programmes as well as regularly appearing in the media, and has made a film about her own family.
She regularly appears at literary festivals in the UK and abroad, leads masterclasses on writing and was a judge for the Bailey’s Prize for Women’s Fiction 2014.

7 Responses to “The long drop” by Denise Mina