“Quick and the dead” by Susan Moody – Book Review

Posted on November 28, 2017 by Fictionophile

“Quick and the dead” is the first in a mystery series featuring art expert and ex-copper Alexandra Quick.

Alexandra is thirty-three years old, divorced, and on her second career. She, and her friend and business partner Helena Drummond, work jointly to produce high-quality art book anthologies with corresponding relevant stories.  Helena is older than Alex, flamboyant, eccentric, and more than a bit of a ‘cougar’. She is an art historian and works as a professor at the University of Kent at Canterbury. 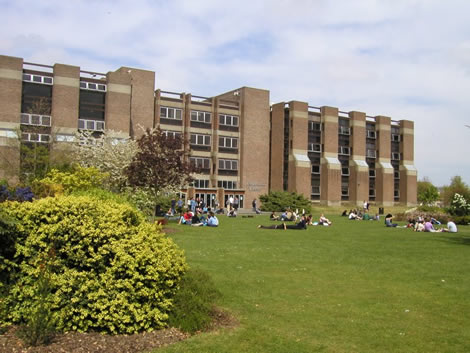 University of Kent at Canterbury

When Helena fails to turn up at a very important meeting with a prospective publisher, Alex’s ex-copper senses are immediately roused.  After the meeting she goes to Helena’s house, only to find that there is a dead, and very savagely mutilated, woman in Helena’s bed.  Of Helena, there is no trace…

The murder victim turns out to be someone from the art world. Amy Morrison had just released a highly successful book about an Italian painter. Due to the fact that she was universally disliked, was “cold and heartless”, the list of possible suspects to her murder is rather a long one.

“By all accounts, the only person Amy had loved was Amy”.

I found this book to be escapist mystery.  By that I mean it was an easy read, but that the characters and the various threads of the plot just didn’t mesh in the way I wanted them to.  A woman as supposedly intelligent as Alex, who was one of the youngest ever police Detective Inspectors in the country, surely wouldn’t resign from her career over a man??? She professes to have ‘chronic sadness’, after her miscarriage and divorce, but her actions do not bear this out. The plot, though interesting, was in my opinion, rather far-fetched.  That being said, my attention was held throughout, with no significant lags in my interest. Though I quite enjoyed this novel, I cannot in all honesty see me pursuing the Alexandra Quick series. In short, this was an entertaining, though less than plausible mystery novel.

This review is my way of saying thank-you to Severn House publishing house for providing me with auto-approval for their titles offered on NetGalley.

Susan Moody was born and brought up in Oxford. Her first crime novel, Penny Black, was published in 1984, the first in a series of seven books featuring amateur sleuth Penny

In all, Susan Moody has published 34 novels, most of them crime and suspense.  Susan spent two years as a Creative Writing Tutor in Her Majesty’s Prison, Bedford.  She is a past Chairman of the Crime Writers’ Association, serving in all as a CWA Committee member for seven years.  She is a long-standing member of the prestigious Detection Club and served for three years as the President of the International Association of Crime Writers.

She has written under the names Susan Moody, Susannah James, and Susan Madison. These are all pseudonyms for Susan Elizabeth Horwood.

Susan is married to mathematician, Professor John Donaldson, who has three daughters and one son, as well as twelve grandchildren.  Susan has one grandchild of her very own.  She divides her time between south-west France and south-east Kent.

Fiction reviewer ; Goodreads librarian. Retired library cataloger - more time to read! Loves books, gardening, and red wine. I have been a reviewer member of NetGalley since October 2013. I review titles offered by Edelweiss, and participate in blog tours with TLC Book Tours.
View all posts by Fictionophile →
This entry was posted in 1st in series, Book Reviews, Mystery fiction, NetGalley and tagged England, mystery fiction. Bookmark the permalink.