“The guise of another” by Allen Eskens – Book Review

Posted on December 2, 2017 by Fictionophile 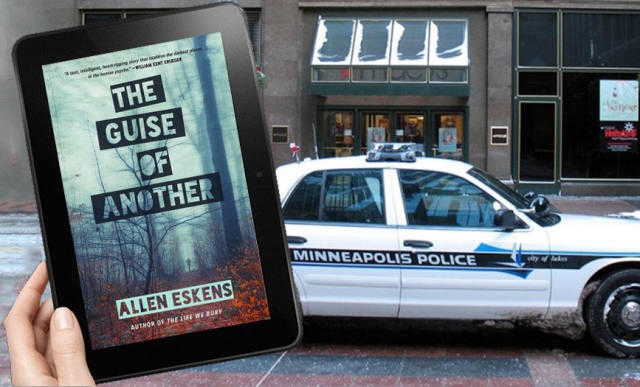 Having never read any of this author’s work before, I had no expectations going in. Perhaps, on reflection, that is how we should approach all titles we have for review – but that is impossible. Anyway, the long and the short of it is – I really enjoyed “The guise of another“.

Essentially a suspenseful police procedural, the novel features two Minneapolis policemen, brothers Alexander and Max Rupert.  Max, the older brother has an upstanding and respected reputation on the force. Alex, the younger brother is a Medal of Valor recipient, who has recently fallen from grace. Suspected of having taken thousands in dirty drug money, he is awaiting a grand jury hearing which will decide if he will be exonerated or, sent to prison. Once respected by his fellow officers, he is now ostracized – an outcast. Once his wife was proud of him, now she barely tolerates his presence. Now he languishes in the bowels of City Hall wasting his detective skills, working on the Forgery and Frauds Unit.  That is… until a metro traffic fatality changes his world. 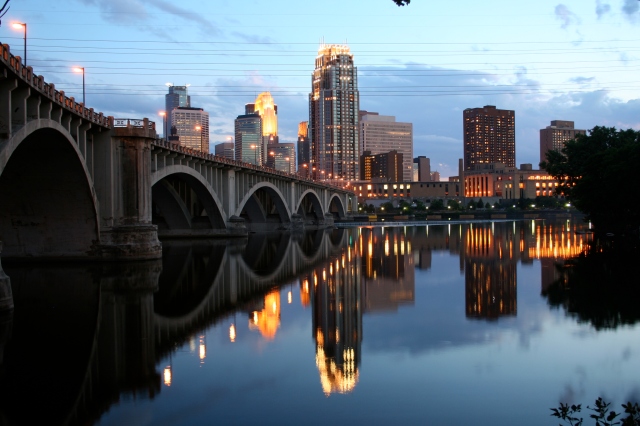 The victim, a James Erkel Putnam, turns out to have stolen someone else’s identity, and the case comes to the attention of the Frauds Unit and Alex Rupert. Mysteriously, the last words that the man going by the name of James Putnam spoke were “find it… before… they… find her”.

Alex’s investigations discover that the real James Erkel Putnam vanished in New York in 2001. When he travels to New York, he meets up with a female cop, Louise (Billy) Rider, and together they discover that the man’s real name was Jericho Pope.

Delving further into the history of Jericho Pope brings intrigue and danger to Alex’s life, and by association, everyone he comes into contact with. Pope was hiding a massive secret, one that some would kill to have stay hidden…

One of those ‘bad’ men, the worst of the lot, is a Serbian assassin named Drago Basta. A character who was easy to loathe, who by his coldness and complete lack of respect for human life, made him almost like a caricature.  Drago works for ex-CIA operatives who have gone into business for themselves and fund a private mercenary army.

As Alex learns more about the Jericho Pope case, his marriage deteriorates further, making him susceptible to the advances of ‘James Putnam’s’ live-in girlfriend. As his life begins a page-turning downward spiral, the reader is immersed in Alex’s investigation and the moral quandary he is faced with. The ending to the book held break-neck suspense, and I felt while reading it that the story would make an excellent action/thriller movie.  I feel the novel would be equally attractive to male and female readers, and that the action and suspense were mesmerizing, though at times ‘over the top’.

The only thing that let the book down, in my opinion, was the utter inhumane character of Drago.  No morals, no emotions, just a cold, killing machine.  A character so far outside my purview, that he seemed unreal to me.  I liked the Rupert brothers, and the New York policewoman, Billy Rider.

I would suggest that anyone who enjoys the novels of Lee Child, Vince Flynn, or Michael Connolly, will most likely enjoy “The guise of another“.  With themes of blackmail and avarice, this high action thriller is recommended. I will definitely read another book by this author, though I would have to be ‘in the right mood’.

I received a complimentary digital copy of this novel from the publisher, Seventh Street Books via Edelweiss in consideration of this review.

Allen Eskens is the award-winning and USA Today–bestselling author of The Life We Bury, The Guise of Another, and The Heavens May Fall.

A criminal-defense attorney for twenty-five years, he lives with his wife in Minnesota, where he is a member of the Twin Cities Sisters in Crime.