Posted on December 12, 2017 by Fictionophile 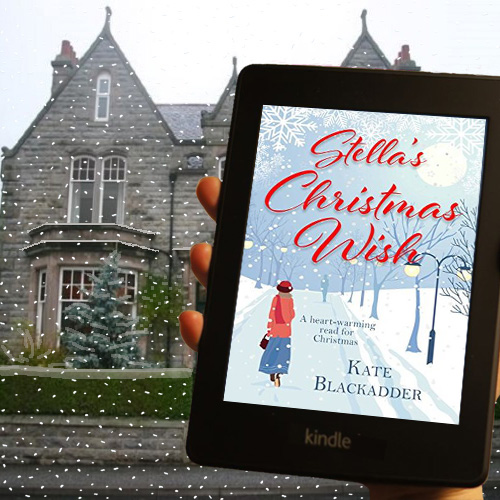 With only two weeks until Christmas, I was in the mood for a ‘feel-good’ Christmas themed story.  This book delivered my wish.

Stella grew up on the Scottish Borders in a tiny town called Melrose.  Her parents were killed in a plane crash when she was small, so Stella and her younger sister, Maddie, were brought up by her paternal grandmother, Alice.  Unlike her artistic sister and grandmother who still live in Scotland, Stella is the more level-headed of the three, and now works as an accountant in a busy London firm.

Just a week before Christmas she receives a telephone call saying that her dear grandmother Alice has had a nasty fall from a ladder and has been rushed to an Edinburgh hospital.  Despite a looming work deadline, Stella drops everything and travels north.

With trepidation, both about her grandmother’s condition, and the possibility of meeting up with her ex-fiance Ross, she finds herself back in the town of her youth.  She and Ross broke up just about the time that Stella procured her job in London. Ross is now a successful restaurateur in Melrose. It was Stella’s decision to sever her ties with Ross, and she never really explained to him why she did.  Ross has never understood her move to London, and he has never gotten over her…

With her younger sister inexplicably in Australia, it is up to Stella to care for her grandmother. Stella is happy to be home again as living in London would never have been her choice. Her reasons for going were complicated…

Visiting Alice in the Edinburgh hospital brings back many fond memories for Stella of a time when she and Ross were still a couple, and very much in love. 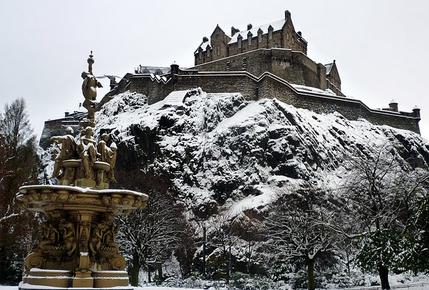 The setting of this novel was a delight, and the characters endearing. I did want to shake a few of them quite a few times, only because they were putting themselves through unnecessary torment by keeping their secrets and their feelings to themselves… Misunderstandings abound.

The writing seemed a bit awkward at first, but smoothed out as the novel progressed. The reader wonders what could possibly have caused Stella to move to London and break-up with Ross. And why has Maddie traveled all the way across the world to Australia?  She can’t afford it, she didn’t let Stella know she was going, AND she’ll be there over Christmas!

Reading a book like this, well… you know that all the problems faced by the characters will eventually resolve themselves.  Predictable, but then you know that going in.  Christmas comes but once a year, we can predict that, but it doesn’t make it any the less enjoyable.

This is a charming Christmas novel that will be appreciated by anyone who likes the work of Kate Hewitt or Rosamund Pilcher.  A ‘feel-good’ love story set over the Christmas season, and a heart-warming testament to the importance of family.

I received a complimentary digital copy of this novel from Black & White Publishing via NetGalley. I chose to write this review.

Kate Blackadder was born in the Scottish Highlands and now lives in Edinburgh with a view of the Castle. Since she took up writing in 2005 she has had three serials and over forty short stories published, mostly in women’s magazines. Two serials, The Family at Farrshore and The Ferryboat are now available in large-print library editions, and she brought out a collection Three’s a Crowd and other family stories in 2016. Among other competitions, she has won the Muriel Spark Short Story Award (judged by Maggie O’Farrell) and was long-listed for the Jane Austen Short Story Award. Stella’s Christmas Wish is her first full-length novel.