Posted on December 28, 2017 by Fictionophile

I was excited to see this title offered on NetGalley because I’ve read this author before and really enjoyed her work. . “His third victim” introduces a new protagonist, and is set in Yorkshire, England.

“All she had to do was make him happy. It wasn’t much to ask, but his chosen ones always seemed to fail him in one way or another.”

A serial murderer is at work in Huddersfield, Yorkshire. His ‘perfect‘ crimes have gone unnoticed, as he has made sure that the women his victims are not even reported missing. How? He also kills everyone that would be likely to do so…  The police are confused as the victims seem random – the only thing connecting them is that the victims have all had a stamp on their body with the Chinese calligraphy for the word ‘sorry’.

The East Pennine Police have the murders on their books. They are puzzled by the fact that the stamps on the bodies are different colours. There are three green, two red, and now… a blue. Chief Inspector Dyson is unsatisfied with the DI and DC that are currently working the case.  His best man, DI Matthew Brindle is on sick leave after suffering from an ambush the previous year. A grenade ripped into DI Brindle and left his sergeant, Paula Wright, dead.

When Chief Inspector Dyson goes to Brindle’s home to enlist his help with the case, the temptation is just too great for Brindle, who acquiesces, and returns to work, much to his mother’s disgust.

“He’d sworn he would never return, that nothing and no one could tempt him. But he’d been wrong. It was in his blood and wouldn’t let him be.”

We meet Bella Richards.  Bella is the single mother of a young son. When her lover is murdered and found with a blue stamp on his body, she is devastated.  Then, shortly thereafter, her Aunt is also found murdered with the very same stamp on her body…

Bella is somewhat of a mystery to the police. It would seem that she has no personal history older than two years.  Before that time she does not seem to have existed. And now… Bella’s young son has been abducted!  How could all of these events possibly be related???  Why is Bella lying to the police who are trying to help her? 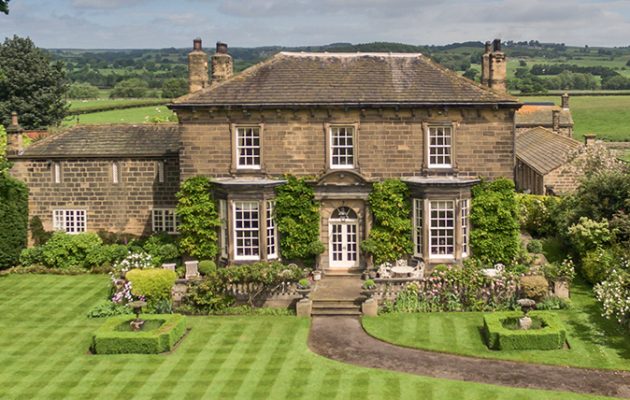 As with most police procedurals, I admit I enjoy the policeman’s ‘back story’ as much, if not more, that the crime case itself. In the case of Detective Inspector Matt Brindle, this proves true once again.  He is an interesting character. In his mid-thirties, badly injured – and traumatized by the death of his partner, he lives in ‘Brindle Hall’, the large Georgian manor house owned by his family for generations.  His mother, lady of the manor, does not want him to return to work as she fears for his well-being.  While he was off work, he had decided to open his rather grand home and the surrounding grounds to the public.  Though everyone thinks the family to be wealthy, the upkeep of the manor has decimated their finances and they really need some cash to fend off imminent bankruptcy.

When Matt returns to work with the CID, he is paired with Lily, a new, very young, female sergeant. I enjoyed reading about how they are adjusting to their partnership and how they work.

As far as the case went, there was no shortage of possible suspects to leave the reader guessing. The pacing perfectly kept up the suspense, and the characters seemed genuine and believable. Then there is the surprise when the reader learns the identity of the murderer. I had my suspicions, but once again, I was wrong. The climax of the novel occurs in memorable scenes at a remote Yorkshire farmhouse.

So far, Helen H. Durrant has never disappointed me and I highly recommend this mystery to anyone who likes character-rich police procedurals.  The publisher’s website states that this is a stand-alone mystery, but I am fervently hoping that we will meet D.I. Matt Brindle in further novels…

I received a digital copy of this novel from Joffe Books via NetGalley.

She lives in northern England.  When she is not writing mysteries, she is bird-watching.

4 Responses to “His third victim” by Helen H. Durrant