This debut novel took me by surprise.  I didn’t know what to think going in. The title leads you to believe it is a ‘serial killer’ novel (it is NOT), and my fellow book bloggers seemed to either love it or… it left them apathetic.

Well folks, I’m one of those that LOVED it.  I enjoyed the characters, the setting, the story, and, most of all, the writing.  When you find yourself highlighting a lot, and reading aloud to your (uninterested) husband, then for me the writing struck a chord.  Sentences like: “…my laughter lines lost their sense of humour some time ago.”

The characters: We meet a rag-tag group of twelve year-olds. Misfits all, they reminded me a bit of the group on the television show “Stranger things”.  Four boys and one girl.  The novel is told from the point of view of one of the boys, Eddie Addams. Eddie is the son of a doctor (who works at an abortion clinic) and a stay-at-home, writer father (who his friends call a hippie).

Eddies group of friends include Fat Gav (Gavin, the son of the local publican), Hoppo (David Hopkins, the son of a single mother who cleans for a living), Metal Mickey (Mickey Cooper, so named for his mouth full of braces – a boy who was creative, usually with the truth), and Nicky (Nicola Martin, the daughter of the local vicar – who seemed to have more bruises than rough play would account for).

From the beginning, the reader realizes that Eddie is ‘different’.  For one thing, we know he is a collector.  He collects all manner of things, and sometimes the things are in other people’s houses, and they don’t know he has been there.  He doesn’t do it to ‘steal’ valuable things, he just collects.  Perhaps a pen or some other insignificant thing that they won’t miss.

The summer that the gang were twelve-years old was a pivotal one for them all.

That summer a new teacher came to town.  His name is Mr. Halloran, and he has the distinction of being an albino.  The kids call him “The Chalk Man” because of his white hair and colouring.

That summer Fat Gav had a birthday party. One of his gifts was a bucket of colored chalks. This gift begins the gangs practice of leaving coded messages for each other. 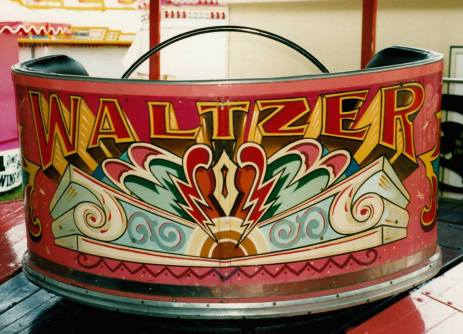 That same summer the gang goes to a local fair. Whilst there, there is a tragic accident with the ‘Waltzer’ that leaves a beautiful young girl disfigured and makes a huge impact on Eddie’s life.

“Kids have secrets, too. More so than adults, sometimes.”

That summer Eddie also suffers a traumatic event in the playground where he was at the mercy of the local bully. Mr. Halloran, the new teacher, comes to his aid.

AND, most importantly, that summer the four boys find a dismembered body in the woods.

The setting: Anderbury, a small Hampshire town with cobbled streets, shady parks,  and a ‘semi-famous’ cathedral. The town is located very close to the forest.

Then, the reader skips forward thirty years.  Eddie is now a teacher himself. A loner who drinks too much. He lives in his childhood home with a lodger.  His lodger, Chloe, is much younger than him.  Attractive and eccentric, she brings some much needed colour to Eddie’s life. Oh… and Eddie still has two rooms upstairs that are devoted to his ‘collections’.

“Principles are nice things. If you can afford them. I like to think I am a principled man, but then, most men do. The fact is, we all have a price, we all have buttons that can be pressed to make us do things that are not entirely honourable.”

Eddie is paranoid about getting Alzheimer’s disease. When Eddie was just a teenager, his Dad had the dreaded disease and Eddie is terrified he will get it too.

“Friends, you can cut loose. Family, you never lose. They’re always there, in the background, screwing with your mind.”

Fat Gav is still in town.  He now runs the pub like his father did before him. Only Fat Gav runs it sitting in a wheelchair.  Hoppo is still in town, living in his childhood home, looking after his mother who now suffers from dementia. Metal Mickey is long gone from town, as is Nicky.

“What shapes us is not always our achievements but our omissions. Not lies; simply the truths we don’t tell.”

Then… Eddie gets a letter with a stick figure with a noose around its neck… and a single piece of white chalk.

“We think we want answers. But what we really want are the right answers. Human nature. We ask questions that we hope will give us the truth we want to hear.”

I can honestly say that I enjoyed all aspects of this novel and look forward to anything else C.J. Tudor will produce. I recommend this book to all who enjoy unreliable narrators, eerie messages, and… secrets.

My gratitude to Crown Publishing via NetGalley for providing me with a digital copy of this novel for free – at my request, and I provided this unbiased review voluntarily. 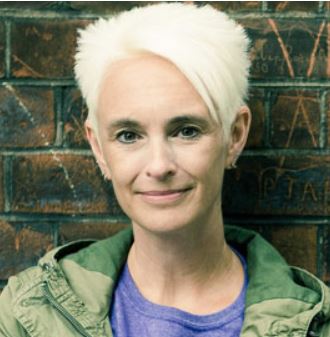 C. J. TUDOR lives in Nottingham, England, with her partner and young daughter. Over the years she has worked as a copywriter, television presenter, voice-over, and dog walker. She is now thrilled to be able to write full-time, and doesn’t miss chasing wet dogs through muddy fields all that much. The Chalk Man is her first novel.