Posted on February 21, 2018 by Fictionophile

It is a parent’s worse nightmare. You think you know your child, you think you can protect them, then the unimaginable happens… 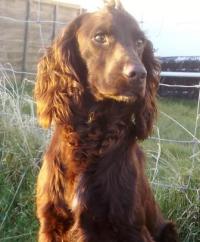 how I imagined Wiggins (one of my favourite characters)

Beth Oak is almost fourteen.  She lives in a Lincolnshire village with her mother, Melanie, and her father, Jacob.  Oh, and their russet spaniel, Wiggins.  They are the happiest of families. Until…

Beth tells her Mum that she is staying overnight at her friend Chloe’s house. Melanie walks with Beth to the end of her friend’s road, then turns back toward home.  The next morning Melanie discovers that Beth never went to Chloe’s at all.  She is missing! Panic stricken, the frantic parents call the police, who after a search find Beth, floating in the fens, injured, hypothermic, and near death.

Beth is rushed to hospital where she is put into an induced coma.  Then Melanie’s real trial begins. Unable to watch her much-loved only daughter in such a state, with wires and tubes snaking from her young body, and dissatisfied with the progress the police are making, Melanie decides to discover who has harmed her daughter. She enlists the ‘help’ of an old school chum, Glenn Baker. She can talk to Glenn. He is a good listener, he seems to understand. She doesn’t want to talk to her husband Jacob because she feels he already has enough on his plate.  He has his own distress over Beth’s condition, and he has to work every day as well as spend his nights at the hospital. 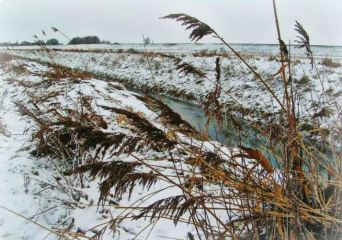 As days turn into weeks, with no improvement in Beth’s condition, Melanie turns to Glenn more and more.  Also, she turns to the comfort and oblivion of alcohol.  So much so that her family feels compelled to intervene.

In the evenings, Melanie and Jacob sit by Beth’s bedside trying to will Beth back. They attempt sensory stimulation, trying to rouse Beth with music, smells, and other stimuli.

“We had tempted fate with our happiness.”

Days find Melanie increasingly out of control. She is desperate to find the person who hurt Beth, and she accuses many of her fellow villagers.  They on the other hand, are harbouring their own secrets. 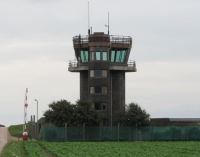 The cold and windy Lincolnshire fens were almost a character unto themselves. I was chilled just reading about it.  This county is a setting close to my heart, as my own mother (a war-bride) was born in Boston, Lincolnshire.

The story was told via three different points of view.  Melanie’s (told in the second person), Beth’s (during the time preceding her attack), and that of an unidentified manipulative psychopath. This third POV was of a person who is harbouring a compulsive blood-lust.

To be perfectly honest, I was not a fan of the way the book was written in the second person.  I found it off-putting that Melanie was ‘speaking’ to Beth throughout the narrative.  Kudos to the author though, as I imagine it must have been very difficult to maintain the second person throughout. Also, I had a real hard time liking Melanie most of the time. It bugged me that I didn’t like her more.  Poor thing had suffered an immense trauma, who am I to judge her coping skills?

This is a story of secrets, lies, manipulation and human weakness. It illuminates the inherent selfishness of most people.

Despite my reservations about Melanie’s character, I did really enjoy this thriller.  The atmospheric setting, the overall storyline, were engaging and compelling. The novel was written in short chapters, which I find really moves the plot along at a good pace. Although I guessed the identity of the person who represented the third point of view, this did not at all spoil the book for me.  There was an astounding plot twist that I didn’t see coming, and the ending?  It was brilliant!

I received a digital copy of this novel, FREE, at my request from Bookouture via NetGalley. It was my pleasure to share this candid review.

Barbara Copperthwaite has spent over twenty years as a journalist, interviewing real people who have been victims of crime, eith

er directly or through the loss of loved ones. As a result of people bravely and generously sharing their experiences with her, she knows the emotional impact of violence and wrongdoing.

In her spare time, she can be found hiding behind a camera, taking photographs of wildlife.  Nature and the environment are passions of hers.

15 Responses to “The darkest lies” by Barbara Copperthwaite – Book Review