Posted on March 1, 2018 by Fictionophile

Well once again it is that month of the year where we are all just a little bit Irish. That being said, I will once again be participating in Cathy‘s “Reading Ireland” challenge. Since I love reading titles set in Ireland, this is no hardship for me.

The SEVEN books I’ve set aside to read for 2018 Reading Ireland are:

Because only one of my Reading Ireland titles came from NetGalley, my feedback ratio will take a hit this month.

I received FIVE titles from Edelweiss in February!

Blurb: It seems like just another night shift for Lucy, an overworked ER physician in Providence, Rhode Island, until six-year-old Ben is brought in as the sole survivor from a horrifying crime scene. He’s traumatized and wordless; everything he knows has been taken from him in an afternoon. It’s not clear what he saw, or what he remembers.
Lucy, who’s grappling with a personal upheaval of her own, feels a profound, unexpected connection to the little boy. She wants to help him…but will recovering his memory heal him, or damage him further?
Across town, Clare will soon be turning one hundred years old. She has long believed that the lifetime of secrets she’s been keeping don’t matter to anyone anymore, but a surprising encounter makes her realize that the time has come to tell her story.
As Ben, Lucy, and Clare struggle to confront the events that shattered their lives, something stronger than fate is working to bring them together.
An expertly stitched story that spans nearly a century—from the Great Depression through the Vietnam War era and into the present—The Possible World is a captivating novel about the complicated ways our pasts shape our identities, the power of maternal love, the loneliness born out of loss, and how timeless bonds can help us triumph over grief.

Blurb: It’s been twenty years since Cormac Reilly discovered the body of Hilaria Blake in her crumbling Georgian home. But he’s never forgotten the two children she left behind…
When Aisling Conroy’s boyfriend Jack is found in the freezing black waters of the river Corrib, the police tell her it was suicide. A surgical resident, she throws herself into study and work, trying to forget – until Jack’s sister Maude shows up. Maude suspects foul play, and she is determined to prove it.
DI Cormac Reilly is the detective assigned with the re-investigation of an ‘accidental’ overdose twenty years ago – of Jack and Maude’s drug- and alcohol-addled mother. Cormac is under increasing pressure to charge Maude for murder when his colleague Danny uncovers a piece of evidence that will change everything…
This unsettling crime debut draws us deep into the dark heart of Ireland and asks who will protect you when the authorities can’t – or won’t. Perfect for fans of Tana French and Jane Casey. 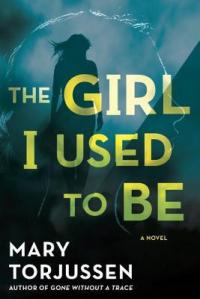 Blurb: The morning after real estate agent Gemma Brogan has dinner with a prospective client, she’s furious at herself for drinking so much. But there will be more to regret than a nasty hangover.
She starts receiving mementos from that night: A photo of a hallway kiss. A video of her complaining about her husband. And worse…much worse. The problem is she doesn’t remember any of it.
As the blackmailing and menace ramp up, Gemma fears for her already shaky marriage. The paranoia, the feeling that her life is spiraling out of control, will take her back to another night–years ago–that changed everything. And Gemma will realize just how far the shadows from her past can reach…

Blurb: This is almost a love story. But it’s not as simple as that.

Ellis and Michael are twelve-year-old boys when they first become friends, and for a long time it is just the two of them, cycling the streets of Oxford, teaching themselves how to swim, discovering poetry, and dodging the fists of overbearing fathers. And then one day this closest of friendships grows into something more.

But then we fast forward a decade or so, to find that Ellis is married to Annie, and Michael is nowhere in sight. Which leads to the question, what happened in the years between?

With beautiful prose and characters that are so real that they jump off the page, Tin Man is a love letter to human kindness and friendship, and to loss and living. 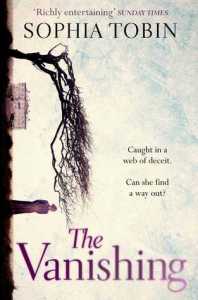 Blurb: On top of the Yorkshire Moors, in an isolated spot carved out of a barren landscape, lies White Windows, a house of shadows and secrets. Here lives Marcus Twentyman, a hard-drinking but sensitive man, and his sister, the brisk widow, Hester.

When runaway Annaleigh first meets the Twentymans, their offer of employment and lodgings seems a blessing. Only later does she discover the truth. But by then she is already in the middle of a web of darkness and intrigue, where murder seems the only possible means of escape…

and I received FOUR titles from NetGalley in February

Blurb: They came for me, just like I knew they would. Luke had been dead for just three days.
Rose Wilks life is shattered when her newborn baby Joel is admitted to intensive care. Emma Hatcher has all that Rose lacks. Beauty. A loving husband. A healthy son. Until tragedy strikes and Rose is the only suspect.
Now, having spent nearly five years behind bars, Rose is just weeks away from freedom. Her probation officer Cate must decide whether Rose is remorseful for Luke s death, or whether she remains a threat to society. As Cate is drawn in, she begins to doubt her own judgement.
Where is the line between love and obsession, can justice be served and, if so… by what means?

Blurb: Six-year-old Lola Jade Harper is taken from her bedroom. Her mother is distraught. She is convinced her estranged husband, Gavin Harper, has abducted their daughter.

Detective Rachel Prince is leading the investigation but is soon out of her depth as she searches for the most high-profile missing child in the country. To uncover the truth about Lola’s disappearance, Rachel must untangle the Harper family’s complicated web of secrets and lies.
As the case progresses, the body of a local woman is found. The death at first seems unrelated, until a trail of social media posts lead Rachel to a chilling discovery.
And then another little girl is taken…
With growing pressure from the public and the appearance of someone from her past she’d rather forget, will Rachel be able to solve the connection between the two missing children and the murder – before it’s too late? 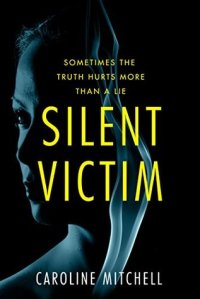 Thomas and Mercer invited me to participate in a blog tour for this one. Though I’d sworn off book tours for the foreseeable, I couldn’t resist how this blurb sounded…  Watch for my review on March 11th.

Blurb: Emma is a loving wife, a devoted mother…and an involuntary killer. For years she’s been hiding the dead body of the teacher who seduced her as a teen.

It’s a secret that might have stayed buried if only her life had been less perfect. A promotion for Emma’s husband, Alex, means they can finally move to a bigger home with their young son. But with a buyer lined up for their old house, Emma can’t leave without destroying every last trace of her final revenge…
Returning to the shallow grave in the garden, she finds it empty. The body is gone.
Panicked, Emma confesses to her husband. But this is only the beginning. Soon, Alex will discover things about her he’ll wish he’d learned sooner. And others he’ll long to forget. 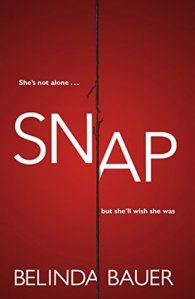 Blurb: Snap decisions can be fatal . . .
On a stifling summer’s day, eleven-year-old Jack and his two sisters sit in their broken-down car, waiting for their mother to come back and rescue them. Jack’s in charge, she said. I won’t be long.
But she doesn’t come back. She never comes back. And life as the children know it is changed for ever.
Three years later, mum-to-be Catherine wakes to find a knife beside her bed, and a note that says: I could have killed you.
Meanwhile Jack is still in charge – of his sisters, of supporting them all, of making sure nobody knows they’re alone in the house, and – quite suddenly – of finding out the truth about what happened to his mother.
But the truth can be a dangerous thing . . .

And… last but by no means least, I received a book directly from the author, Jane Davis.

Blurb: For the families of the victims of the St Botolph and Old Billingsgate disaster, the undoing of a miscarriage of justice should be a cause for rejoicing. For more than thirteen years, the search for truth has eaten up everything. Marriages, families, health, careers and finances.
Finally, the coroner has ruled that the crowd did not contribute to their own deaths. Finally, now that lies have been unravelled and hypocrisies exposed, they can all get back to their lives.
If only it were that simple.
Tapping into the issues of the day, Davis delivers a highly charged work of metafiction, a compelling testament to the human condition and the healing power of art.

So, that’s it folks!  TEN more review commitments made in February. 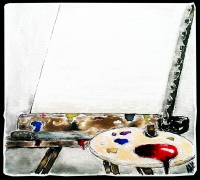 For those of you who enjoy Flash Fiction,

here is a little story that is sure to entertain.

My Goodreads Challenge is coming along nicely: 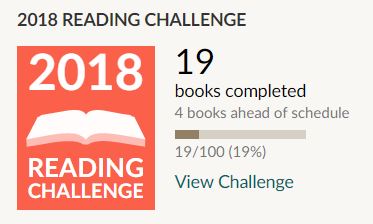 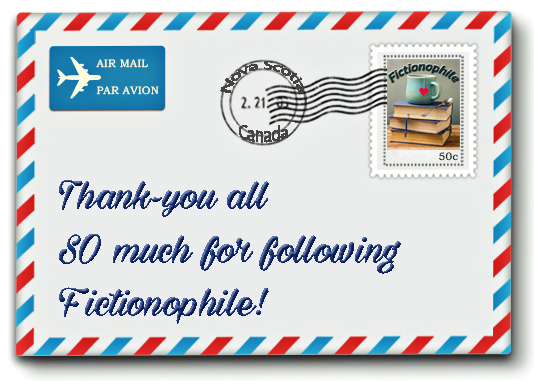 Fiction reviewer ; Goodreads librarian. Retired library cataloger - more time to read! Loves books, gardening, and red wine. I have been a reviewer member of NetGalley since October 2013. I review titles offered by Edelweiss, and participate in blog tours with TLC Book Tours.
View all posts by Fictionophile →
This entry was posted in Fictionophile report and tagged book haul, Fictionophile updates, This blog. Bookmark the permalink.