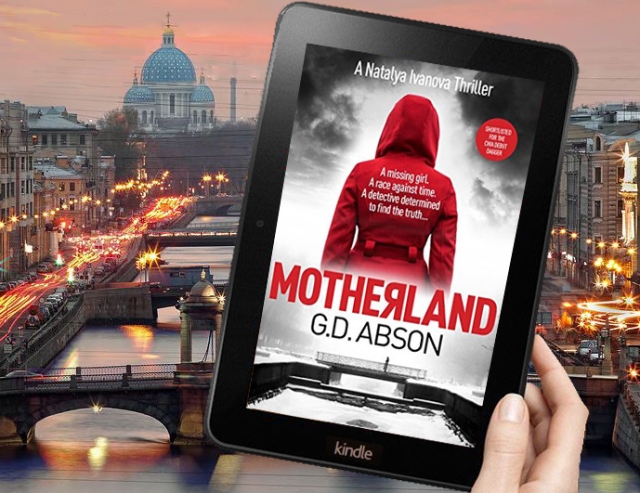 “Motherland” is a fast-paced, police procedural crime novel set in the beautiful, yet corrupt, St. Petersburg, Russia.  The protagonist is Natalya Ivanova, a Russian police detective with the Criminal Investigations Directorate. (Russian C.I.D.)

On a personal note, Natalya is in her late thirties, married to a fellow police officer, and is as yet childless, though she has come to care for her teenage step-son.  Thanks to an inheritance from her husband’s mother, they live in a luxury apartment with a view of the stone lions on Lviny Bridge. 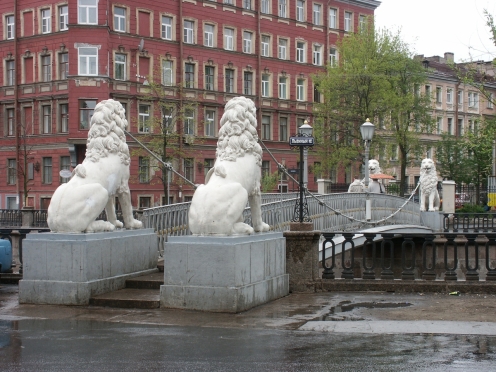 Her work with the police normally involves the investigation of domestic violence. This is rampant in the chauvinistic Russian society where the perpetrators of domestic abuse rarely get punished for their crimes. Despite the fact that she is surrounded by patronizing, and condescending co-workers, Natalya’s idealism remains unabated, much to the amusement of her husband Mikhail.

One weekend, while she is ‘on-call’, she receives a telephone call to investigate the disappearance of Zena Dahl, a 19 year-old student and the adoptive daughter of a billionaire Swedish businessman. Natalya Ivanova speculates that the young woman was kidnapped, but when the body of the young woman is discovered, the focus of the investigation shifts. Events conspire to put Natalya’s police career, perhaps even her life, in jeopardy.  When the FSB get involved, things spiral downward…

“Women hate the lie more than what it conceals.”

Natalya’s personal life is precarious as well. She has begun to mistrust her husband and suspects him of corruption.

“Honesty is admirable in an honest society, but here it destroys you.”

Throughout the novel one is made abundantly aware that this is a city, and a country, that accepts corruption as the norm. A place where everyone uses bribes to smooth their way through a corrupt bureaucracy.  A place where the populace is rightly distrustful of the police who are often incompetent or corrupt themselves, partly due to the minuscule wage they earn.  A place where the police officers have to be breathalyzed before they can take out a police car. A place where young men are conscripted into the army – by force if need be…

I am always intrigued when an author chooses a protagonist of a different gender to their own.  In this case, the author really extended himself by writing with a woman protagonist AND having set his novel in a foreign country.

This book reinforced my gratitude that I live in a democratic country, with all the freedoms and privileges that Canada has to offer. I believe “Motherland” was the first novel (other than ‘Dr. Zhivago’ many years ago) that I’ve read that was set in Russia. It is fast paced, the writing flows well, yet – although police procedurals are a favourite sub-genre of mine, “Motherland” was just not in my comfort zone. The author obviously has a lot of talent, yet I’m skeptical as to whether I’ll continue on with the series.  This in no way reflects on the novel, rather it is a personal foible of mine that I want to ‘like‘ the setting, and sadly Russia just doesn’t appeal at all – though the character of Natalya did hold appeal for me. The Russian psyche is so vastly different from the Canadian psyche that I felt uncomfortable while reading it.

I received a complimentary digital copy of this novel from Mirror Books via NetGalley. ** My thanks to Melanie at Mirror Books for inviting me to be part of the blog tour **

Check out the other stops on the “Motherland” blog tour: 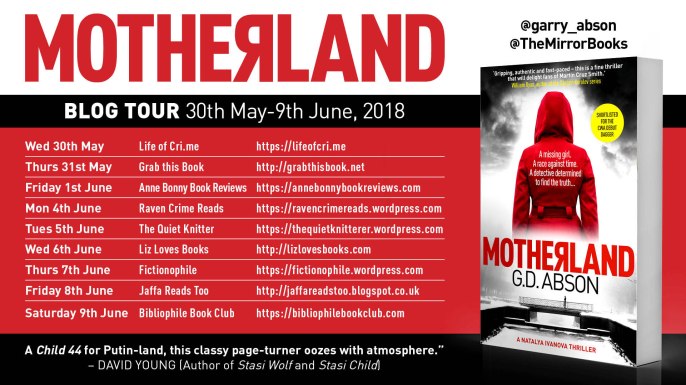 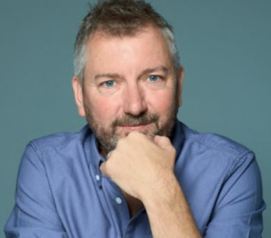 G. D. ABSON was born in County Durham (England) and grew up on army bases in Germany and Singapore before returning to the North-East. He works as a freelance business analyst and lives in the South West of England. He has cultivated contacts in the St Petersburg police force in order to write this novel, and has more Natalya Ivanova crime novels planned.