Posted on September 2, 2018 by Fictionophile

It is that time of year again. Schools and colleges are starting a new year. For this post, I thought I’d share with you some of the titles I’ve enjoyed over the years that have academic settings AND some of the titles on my TBR that fit this category as well.

Books on my TBR set in schools or colleges:

After thirty years at St Oswald’s Grammar in North Yorkshire, Latin master Roy Straitley has seen all kinds of boys come and go. Each class has its clowns, its rebels, its underdogs, its ‘Brodie’ boys who, whilst of course he doesn’t have favourites, hold a special place in an old teacher’s heart. But every so often there’s a boy who doesn’t fit the mould. A troublemaker. A boy with hidden shadows inside.
With insolvency and academic failure looming, a new broom has arrived at the venerable school, bringing Powerpoint, sharp suits and even sixth form girls to the dusty corridors. But while Straitley does his sardonic best to resist this march to the future, a shadow from his past is stirring. A boy who even twenty years on haunts his teacher’s dreams. A boy capable of bad things. 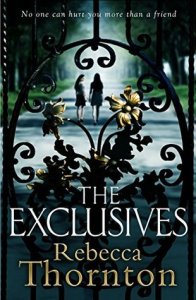 “The Exclusives” by Rebecca Thornton

In 1996, Josephine Grey and Freya Seymour are best friends and on the brink of great success. Both are students at the elite private school Greenwood Hall and Josephine, the daughter of the advisor to the Prime Minister, is heading for everything she has ever worked for: Head Girl, Oxford, the demons of her mother finally abated once and for all.
But in 2014, Josephine is hiding in Jordan — and has been for eighteen years since those catastrophic events in her last year at school. And then one day she is found. Freya, whom she has not seen since those fateful four months, insists on meeting to revisit their difficult past once and for all and finally lay to rest the events that have haunted their adult lives ever since. But Josephine can’t bear to — it only took one night for their whole lives, friendship, and even selves to unravel beyond comprehension. They have done truly terrible things to one another in the name of survival. She most of all.
All she has ever wanted was to forget, but Freya is no longer willing to let her and now at last, Josephine is to meet her reckoning . . .
The Exclusives is a gripping and emotional thriller that explores the power the past can have on our present and confronts how far we are willing to go when everything we prize is threatened. 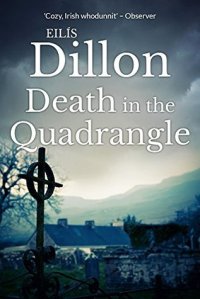 “Death in the Quadrangle” by Eilís Dillon

Since his retirement from King’s University, life has been rather quiet for Professor Daly…
In fact, a peaceful retirement, even when that retirement has been punctuated by helping the police to solve the odd crime, may be slightly over-rated: at least in Daly’s opinion.
So when he is invited back to King’s University to deliver a series of prestigious lectures, his heart leaps.
But on arrival he discovers that he has not been called back to the university on account of his literary knowledge…
On the contrary, he has been called upon purely because the retired professor has experience of solving crime.
And somebody has been sending the president of King’s threatening letters. Somebody within the university, it seems, wants him deaSet at a boys’ boarding school in New England during the early years of World War II, A Separate Peace is a harrowing and luminous parable of the dark side of adolescence. Gene is a lonely, introverted intellectual. Phineas is a handsome, taunting, daredevil athlete. What happens between the two friends one summer, like the war itself, banishes the innocence of these boys and their world.d.

“A Separate Peace” by John Knowles

Set at a boys’ boarding school in New England during the early years of World War II, A Separate Peace is a harrowing and luminous parable of the dark side of adolescence. Gene is a lonely, introverted intellectual. Phineas is a handsome, taunting, daredevil athlete. What happens between the two friends one summer, like the war itself, banishes the innocence of these boys and their world.

Like his father before him, Arthur Winthrop is the Headmaster of Vermont’s elite Lancaster School. It is the place he feels has given him his life, but is also the site of his undoing as events spiral out of his control. Found wandering naked in Central Park, he begins to tell his story to the police, but his memories collide into one another, and the true nature of things, a narrative of love, of marriage, of family and of a tragedy Arthur does not know how to address emerges.
Luminous and atmospheric, bringing to life the tight-knit enclave of a quintessential New England boarding school, the novel is part mystery, part love story and an exploration of the ties of place and family. Beautifully written and compulsively readable, The Headmaster’s Wife stands as a moving elegy to the power of love as an antidote to grief.

“Trick of the Dark” by Val McDermid

Barred from practice, disgraced psychiatrist Charlie Flint receives a mysterious summons to Oxford from an old professor who wants her to look into the death of her daughter’s husband. But as Charlie delves deeper into the case and steps back into the arcane world of Oxford colleges, she realizes that there is much more to this crime than meets the eye.

“The Crazy School” by Cornelia Read

Recently settled in the Berkshire Mountains in Massachusetts, Madeline Dare now teaches at the Santangelo Academy, a boarding school for disturbed teenagers. But behind its ornate gates, she discovers a disorienting world where students and teachers alike must submit to the founder’s bizarre therapeutic regimen. A chilling event confirms Maddie’s worst suspicions, leading her to an even darker secret that lies at the academy’s very heart. Now cut off from the outside world, Maddie must join forces with a small band of the school’s most violently rebellious students–kids who, despite their troubled grip on reality, may well prove to be her only chance of survival.

And here are a few novels with academic settings that I have already read.  Just click on the title to read my review.

“The Secret Place” by Tana French 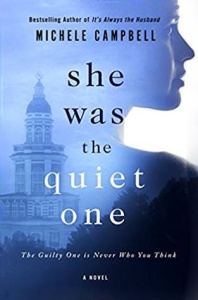 “She was the Quiet One” by Michele Campbell

“The Madwoman Upstairs” by Catherine Lowell 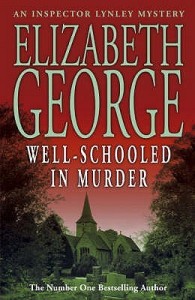 “Well-Schooled in Murder” by Elizabeth George

I’m pretty sure I’ve read many, many more academic mysteries – just can’t recall them right now.  Have you read any novels with academic settings that you would recommend? 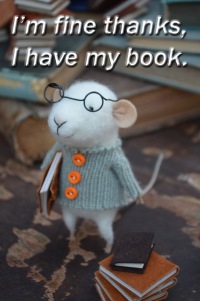 Fiction reviewer ; Goodreads librarian. Retired library cataloger - more time to read! Loves books, gardening, and red wine. I have been a reviewer member of NetGalley since October 2013. I review titles offered by Edelweiss, and participate in blog tours with TLC Book Tours.
View all posts by Fictionophile →
This entry was posted in Genre list and tagged academic setting, genres, TBR list. Bookmark the permalink.

29 Responses to It’s all academic! (fiction with academic settings)