“My Mother the Liar” by Ann Troup – Book Review

Posted on September 8, 2018 by Fictionophile 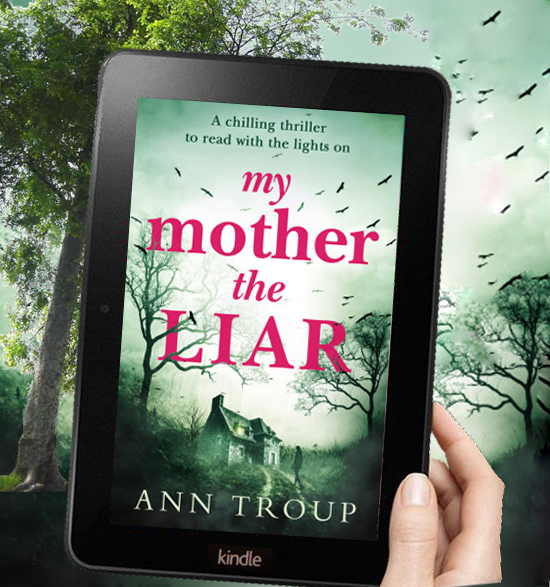 When Rachel Porter’s estranged mother dies, she returns to her family home filled with dread about having to face her past, and the people who populated it.

Little does she know that there are dead bodies waiting to be discovered, and a lifetime of secrets are about to untangle.

Secrets kept by her mother, the liar.

They weren’t kidding when they said a “lifetime of secrets“.  The family in this novel puts the ‘Dys‘ is the word dysfunctional.

“a family of felons and sycophants”

There are more damaged characters in this novel than any other I’ve ever read. A mother and three sisters who had no love for each other, or, it would seem, anyone else. The family retainer, housekeeper Delia Porter, was also an enigmatic woman. The reader wonders why she worked there for so many years…

Rachel Porter, an epileptic, was a pitiable character. She has been estranged from her family for almost twenty years. Her return to the house where she grew up brings about more trauma in what has already been an over-traumatic life. Her estranged husband, Charlie Jones, was my favourite character in the novel.

“The Limes”, the house which the family calls home, is a vast, damp, cold, and gloomy house. The perfect setting for a family that was cold, loveless, and downright psychopathic.

The police officers in the novel were interesting characters. We meet Detective Sergeant Mike Ratcliffe and Detective Constable Angie Watson.  Angie was a character that I didn’t warm to at all. Though she was very smart and had been ‘fast-tracked’ into her position as Detective, I found her personality quite cold. Ratcliffe was more personable, but only just..

The book could have done with some editing. I lost count of the dozens of times words were combined (eg. “His conviction for the murder Rachel knew hehadn’t committedhad made Valerie’s day.”) or separated (eg. “taking h  er time in constructing an answer” – “There are no r  elatives, and no friends. – “She took anot her deep breath”) Also punctuation was often incorrect or the spacing of the punctuation was off. This greatly ruined the flow of the read for me and did the author’s story an injustice.

“Men like to put the sinners out of their misery; women like misery to put out the sin.”

This novel, despite its lesser qualities was indeed a ‘page-turner’. The writing was compelling and the pace fast. It contained several plot twists that I quite enjoyed despite the fact that I could see them coming. The myriad deceptions, poisonous lies, bitterness, malicious betrayals, revenge, abject cruelty and abuse, were just the tip of the iceberg.  In fact, there was enough dysfunction within the plot that it could have been spread throughout several novels.

The bottom line – I did enjoy the novel enough to want to read more by this author. Recommended, but with some reservations.

I received a complimentary digital copy of this novel from HQDigital via NetGalley.

Ann Troup lives by the sea in Devon with her husband and said dog. Two children have been known to remember the house which they call home, but mainly when they are in need of a decent roast dinner, it’s Christmas or when only Mum will do. In a former incarnation she was psychiatric nurse, an experience that frequently informs her writing and which supplies a never-ending source of inspiration.