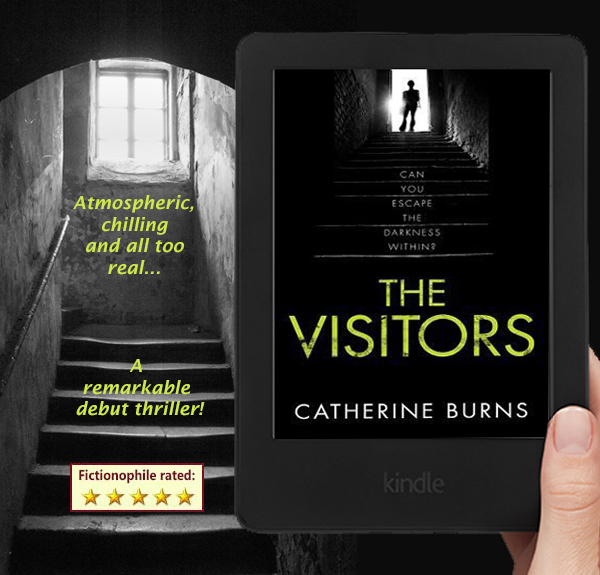 “…she wrapped her arms around Mother’s angular hips for comfort. Physical affection wasn’t encouraged, however, in the Zetland family, and she soon felt herself peeled off with extreme delicacy.”

In this compelling debut thriller we first meet Marion Zetland.  Born to wealthy parents, she has always lived in the house where she grew up in a northern English seaside town. For the majority of her life she was unloved, sometimes tolerated, but never appreciated. Marion is plain and not very smart. Now that her parents are both dead, she lives with her brother John. She has never worked, and her practice of watching daytime television while munching on sweets has made her overweight.  The large Georgian house has become dirty and neglected in the years since their parents death. The siblings meander through the squalor, hardly noticing…

At the age of fifty-four, Marion looks years older.  Sadly, she still sleeps in the twin bed she has always had. She is accompanied only by the myriad soft toys that she calls her friends. She has never had affection, romance, or even the attention of anyone other than her older brother John. He in turn is sometimes tolerant of Marion, though he is also bullying and emotionally abusive. She adores him and fears him in equal measure.

“Her brother once said if the human race in general shared Marion’s disposition, it was unlikely they would have evolved much beyond the level of jellyfish.”

Incredibly lonely, Marion resorts to a colourful fantasy world of daydreams. She imagines being pretty, being loved, having children of her own….

Marion and John exist on a diet of canned food and store-bought bread and biscuits.

The siblings live together year after year. Since John lost his job as a school teacher, he spends even more time in the house. Birthdays, Christmas, summer, winter, it is just the two of them….. except for the visitors.  John keeps his visitors in the cellar. Sometimes Marion forgets that they are there. Other times, like Mondays for instance, she is brutally reminded when she has to do their laundry.

“And if she was powerless to help, wasn’t it better not to know what things were really like down there? Compassion for the visitors struggled with the desire for ignorance, producing in Marion a paralyzing anxiety that she could relieve by striking her temples with her knuckles as if physically expelling the verminous thoughts from her head.”

Life carries on much as usual until John suffers a heart attack and is hospitalized.  Never having run the house by herself, Marion is adrift.  And what is to become of the ‘visitors’?

Don’t you just love it when you discover a new author that you plan to follow indefinitely? Well folks, Catherine Burns is just such an author.  I loved her writing which kept me immersed in the novel throughout. Her characters were vividly drawn and the setting remarkably ‘real’.  The protagonist was pitiable yet fearsome. To render that dichotomy requires skill.

Reading this book was quite disturbing yet I felt compelled to rapidly turn the pages to discover Marion’s ultimate fate.  If you read this novel, you will be as absorbed as I was. Poor, poor Marion…. but yet….

I cannot wait to read the next book by Catherine Burns. She has made a fan of me with her debut novel. Highly recommended!

I was lucky to have won a hardcover copy of this book from a fellow blogger last year. Thanks to Kerry Parsons – Chat About Books blog   The copy I won holds pride of place on my bookshelves.

And… because I prefer to read on my Kindle, I received a pre-approved digital copy from Legend Press via NetGalley.  Thanks!

Born in Manchester, Catherine Burns is a graduate of Trinity College, University of Cambridge. She worked as a bond trader in London before studying at the Gerasimov Institute of Cinematography and teaching film theory at the University of Salford. The Visitors is her debut novel.

19 Responses to “The Visitors” by Catherine Burns – Book Review