Posted on December 18, 2018 by Fictionophile

Susannah and John Harper were very much in love and they longed for a child. When they couldn’t conceive, they decided to adopt. Joel, the infant they adopted, was born addicted to drugs. They brought him home on Midwinter’s Day, just before Christmas. They called him their “Winter’s Child”.

Susannah Harper’s fifteen year-old son Joel went to school one morning, left at lunch-time, and was never seen again. Now, five long years have passed. Susannah’s husband, a doctor, has left her. They were never able to be united in their methods of parenting, and now they are unable to cope with the loss of their son. She finds solace in her household routines, and in her blog. As she has been, and continues to be, plagued by scammers trying to profit from her hope of being reunited with her missing son, she has created a blog called “Life Without Hope” making it her calling to protect others from the spiritualists and frauds who prey upon the traumatized.

While visiting Hull Fair with her sister and her sister’s children, Susannah, against her better judgement, visits a fortune-teller. Skeptical, Susannah does feel that this time it is different. The fortune-teller says that “When the snow falls on Christmas Eve you’ll see his face again, and you’ll know where he’s been, and why he’s been there.”

Shortly after this event, Susannah’s life begins to unravel. She receives a blog comment which she quickly deletes – only to realize after she has done so that it was signed by Joel Moel, her secret affectionate name for her son. She takes her concerns to the police officer in charge of Joel’s case.

Then, one day while cleaning Joel’s room, she discovers Joel’s stuffed toy, Scrap-Dog. As she has scrupulously cleaned and tidied his room countless times in the past five years, why is it now that the toy is sitting on Joel’s bed? Susannah begins to doubt herself. Is she hallucinating? The depiction of Susannah’s increasingly manic behaviour is brilliant, though it also causes the reader to believe that something about Joel’s disappearance isn’t quite right…

Susannah’s attraction to the policeman, Nick, a married man, is suspect – yet she seems so solitary – so very alone in her world that it is understandable.

Susannah befriends another woman whose son has also gone missing – but much more recently. She realizes that Jackie is someone she would never have otherwise been friends with yet their shared experience unites them.

As time passes it becomes abundantly clear that Susannah’s grief and loss of Joel has addled her mind. She is mentally unstable. But… the reader wonders… was she also unstable BEFORE Joel disappeared from their lives?

My first acquaintance with the writing of Cassandra Parkin came about earlier this year when I read her novel “Underwater Breathing“. I was so impressed with that one that I was more than eager to try another by her. After reading this novel I’ve come to realize that I enjoy her writing so much that I will endeavor to read everything she has written – as time permits.

Although ‘missing children’ seems to be an oft used trope in fiction, this author’s spin on the subject was unique enough to make her novel hold my interest. It showed the nasty side of humanity. How social media has enabled malicious and taunting internet trolls. How these trolls prey upon those who are enduring a personal trauma and try to profit from the pain and suffering of others. On the other hand it exploring the awesome power of hope that gets people through times that would devastate them otherwise. Also, it brilliantly described a family dynamic that might be more prevalent that we think. The whole ‘parent being jealous of the child’s place in their spouse’s life” scenario. Parenting when one parent undermines the other parent’s wishes and endeavors.

In spite of the empathy I felt for the protagonist Susannah, I found I just could NOT like her. I found her husband John, and her sister, Melanie, much easier to like and understand.

The ending, which took place on Christmas Eve, was what I expected, though I believe it might surprise some readers. Anyone expecting a nice ‘Christmasy’ read will be disappointed. This is a slow-paced, character-rich, domestic thriller.

I received a complimentary digital copy of this novel from Legend Press via NetGalley.  This unbiased review is my way of saying thanks. 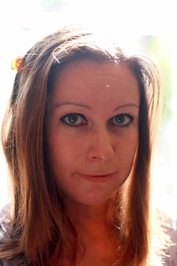 Cassandra Parkin has a Masters degree in English Literature from York University, and has been writing fiction all her life – mostly as Christmas and birthday presents for friends and family. She grew up in Hull, is married with two children, and lives in a small but perfectly-formed village in East Yorkshire. Her first book “New World Fairy Tales” won the 2011 Scott Prize for Short Stories. Her work has been published in numerous magazines and anthologies. “The Summer We All Ran Away” was Cassandra’s debut novel published by Legend Press and nominated for the Amazon Rising Stars 2014. Her next three novels were also published by Legend Press, including “The Winter’s Child” and her fifth novel “Underwater Breathing” was published in May 2018.  Follow Cassandra on Twitter @cassandrajaneuk

Fiction reviewer ; Goodreads librarian. Retired library cataloger - more time to read! Loves books, gardening, and red wine. I have been a reviewer member of NetGalley since October 2013. I review titles offered by Edelweiss, and participate in blog tours with TLC Book Tours.
View all posts by Fictionophile →
This entry was posted in Book Reviews, NetGalley and tagged domestic drama, England, missing children. Bookmark the permalink.