Posted on February 14, 2019 by Fictionophile

“This is the story of three best friends: one who was murdered, one who went to prison, and one who’s been searching for the truth all these years…” 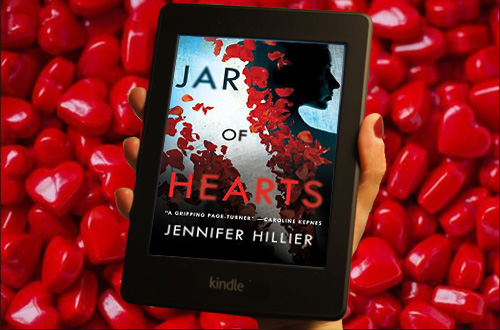 I’ve been meaning to read this novel for a while and thought it fitting (given the title) to post my review on Valentine’s Day. Although I have read several reviews of this novel, it still surprised me on many levels. Not at all what I expected.

We meet the protagonist, Geo (Georgina) Shaw, as she is arrested for a murder that took place fourteen years previously. The arresting officer, is one of Geo’s best-friends from high-school – a boy who loved her, but who she never thought of as more than a friend.

In the intervening years, Geo has made a success of her life, going to university, attaining a high-ranking corporate job, and becoming engaged to a wealthy man. Now, her life, which she worked so hard for, is in dire jeopardy. 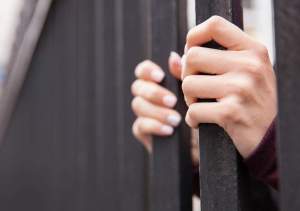 Geo is sentenced to five years in prison. Although in many ways, Geo feels relief to have finally be found out, prison is still an experience that scars her, hardens her, and incontrovertibly changes her. Her fiance drops her like a hot brick. She has ample time to think about her past, and plan for her future. She also made a couple of good friends.

How did she get in this mess you might wonder? Well, Geo’s first love was a man called Calvin James, also known as “The Sweetbay Strangler”. When Geo was only sixteen, Calvin raped and murdered her best friend Angela. And Geo helped him to dispose of her body. Then she went on living her life for fourteen years, not divulging a word about her crime.

Calvin James was caught and sent to prison, but he later escaped…

Later, after she has served her time, Geo is released and goes home to live with her father. With no job, or job prospects, and now aged thirty-five, Geo doesn’t have much to look forward to.

Now though, more murders are taking place near Geo’s home. Women are being murdered in the same way Angela was all those years ago. Only now, the women are accompanied by children… children with a heart written on their chests in lipstick. Inside the heart are the words “See Me”. 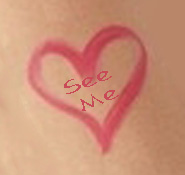 Is it Calvin James?

As the book moves along, the reader is made privy to Geo’s past and what really happened back then. Yet still, I was torn about whether I could like her.  Did my sympathy outweigh my repugnance for her former actions? I chided myself for being judgmental.

This novel was well-written and very fast-paced. Often intense and unsettling, though riveting at the same time. The ending had what I can only deem a shocking and unsavory twist. Was justice meted out in the end? You be the judge.

One things for sure. I’ll never be able to eat a cinnamon heart again without thinking about this novel.

I received a complimentary digital copy of this novel from Minotaur/St. Martin’s Press via NetGalley. This review is my way of saying thank-you. 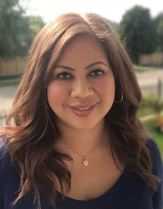 Jennifer Hillier in born in Toronto, but she spent eight years in the Seattle area, which is where all her novels are set. She is married with a young son. Her favorite author is Stephen King. She loves writing when it’s raining, sleeping when it’s sunny, and reading after everyone else has gone to bed.
Jennifer Hillier is a member of Mystery Writers of America, International Thriller Writers, and Crime Writers of Canada. She is also a regular columnist at The Thrill Begins, where she talks a lot about her writing journey.

22 Responses to “Jar of Hearts” by Jennifer Hillier – Book Review