Connie Carter is reeling from the death of her five-year-old daughter, Molly. Her husband, Ed Carter, murdered their daughter, and then himself. Grief stricken, she suffers a break-down and for two years barely gets through the interminable days. Now, she has made a decision to leave her life, and her sister, in the United States and travel to Ireland to take possession of an estate left to her by her late husband.

Warned by the real estate agents that the abandoned “Ludlow Hall” would be too much of a burden, requiring a lot of work, she nonetheless sticks by her decision to live in the house. It had been closed up, with the windows boarded over for four years. 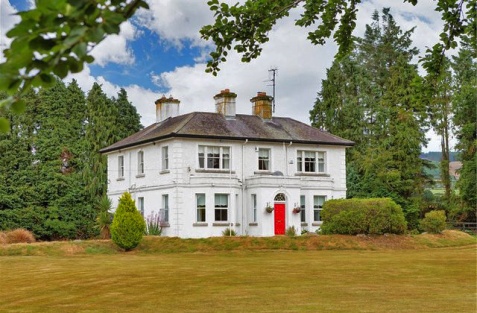 how I imagined Ludlow Hall to look

Meanwhile, Eve Brannigan, a seamstress/dressmaker lives in the small village near Ludlow Hall. Four years ago she was the house’s mistress and has fond memories of living there. Due to crippling debt, she and her husband lost the house when the bank foreclosed. Her husband, Arnold, hung himself in the barn. And he was not the only tragic loss in Eve’s life.

Eve Brannigan is a member of the Ludlow Ladies’ Society. A group of women who sew, quilt, talk, and drink tea in equal measure. Since Ludlow Hall has been closed up, they have been looking for premises for their meetings. Somewhere large enough to hold all of their quilting supplies and also a place to work.

Connie Carter, after making the acquaintance of Eve Brannigan, offers up Ludlow Hall to be the premises for the Ludlow Ladies’ Society once again. She does this in the hope that she will be accepted into the village. 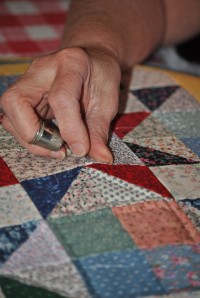 The women begin making memory quilts to be put on display for the First Lady, Michele Obama, who is due to visit Ireland.

“The truth is complicated and often uncomfortable”.

As the group of women become enduring friends, they share stories of their loss, their shame, their guilt, and their hopes and fears.  Connie and Eve face uncomfortable and downright devastating truths – and wonder if they can get past them to move on…

This is a story of the strength and resiliency of women. How women can learn to trust, share, and support each other during times that can seem unbearably hard.

The setting of the novel, the Irish manor house, was well depicted. The women, with their strengths and their weakness, were well described.

All in all, this is a story of hope, and of happy endings to those who really deserve them. Perhaps just a little too saccharine for my taste, but a heart-warming read for anyone who enjoys women’s fiction.

3.5 stars rounded UP for Amazon, Goodreads, and NetGalley

I received a complimentary digital copy of this novel from Black & White Publishing via NetGalley for purposes of this review.

For my review of a previous novel by this author, click here. 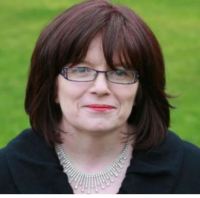 Ann O’Loughlin, has been a journalist for over 30 years and works for the Irish Examiner. Her debut novel, “The Ballroom Café” was a resounding success and she has since written “The Judge’s Wife” and most recently, “The Ludlow Ladies’ Society“.  She lives in County Wicklow, Ireland.