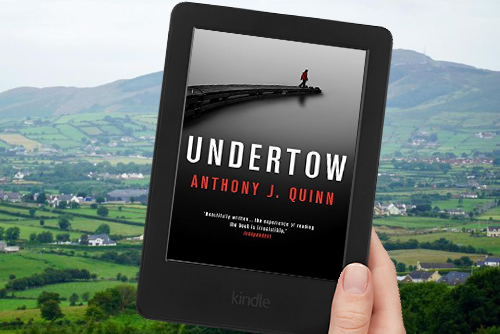 Blurb:  The body of a dead police detective drifts ashore at Lough Neagh. What appears to be a simple case of suicide takes on a more sinister tone when Detective Celcius Daly travels across the Irish border to the desolate village of Dreesh, a place where law and order have ground to a halt, and whose residents, ruined by a chain of bankruptcies, have fallen under the spell of a malevolent crime boss with powerful political connections to the IRA.
Out of his jurisdiction, out of his claustrophobic cottage and out of his comfort zone, Daly is plunged into a shadowy border world of desperate informers, drunken ex-cops, freelance intelligence agents and violent smugglers.
Doomed to be kept in the dark by two separate police forces working in parallel to each other along a border bracing itself for Brexit, Daly’s dogged search for the truth soon sparks an outbreak of murderous violence.

“This was a world where men and women were killed for knowing other people’s secrets.” 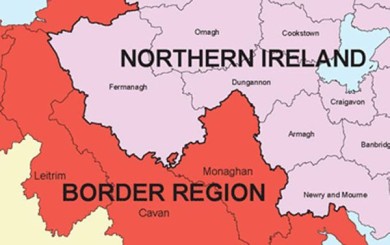 “No other border region in Western Europe presented the same possibilities for criminals to exploit.”

“The country had secured a lasting peace, but many had suffered and died on its long and crooked road.”

You won’t see the Ireland depicted in this novel in any tourism brochures that is for sure. This is an economically depressed, bleak, violent, and desolate Ireland.  The book is set in the border region of this country which has been wracked with turmoil for decades. Just because “The Troubles” are over, doesn’t mean that this hinterland is not beset by trouble of the most serious kind. This is a place where hard men have become impervious to violence due to prolonged exposure. A place rife with smuggling, money laundering, and corruption of all kinds. A place where paranoia is justified and people’s allegiances are suspect.

“In Dreesh, no one respected the uniform any more.” 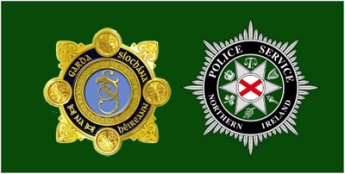 Myriad characters and agencies are involved in this novel. Not only were there two distinct police forces, but there was also ‘Special Branch’, crime bosses, former IRA, intelligence agents, ‘handlers’ and informants.

“A northern country of treacherous skies and loughs brimming with fathomless gloom.” 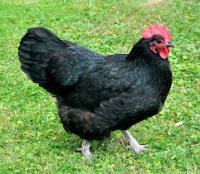 Although this is the fourth novel to feature the policeman Celcius Daly, it reads quite well as a stand-alone. Daly’s character was well wrought, though he was a solitary man and as bleak as the landscape in which he lives. Divorced and childless, Daly is a workaholic and an insomniac. His only company is his black hen who fancies herself as being a sort of ‘guard dog’ for his property.

I found the writing very skillful, though personally the plot seemed quite complicated. Anyone who enjoys crime fiction that leans more toward political thriller will be sure to enjoy this novel.

I received a complimentary digital copy of this novel from Head of Zeus for purposes of this review. All opinions are my own. 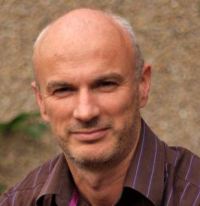 Anthony J. Quinn is an Irish journalist and author best known for writing a series of detective thrillers – the Inspector Celsius Daly crime mystery series. Quinn was born in County Tyrone in Northern Ireland and attended college at the Queen’s University, Belfast, where he studied English.

Fiction reviewer ; Goodreads librarian. Retired library cataloger - more time to read! Loves books, gardening, and red wine. I have been a reviewer member of NetGalley since October 2013. I review titles offered by Edelweiss, and participate in blog tours with TLC Book Tours.
View all posts by Fictionophile →
This entry was posted in Book Reviews, Political fiction, Reading Ireland and tagged crime fiction, Ireland. Bookmark the permalink.