I’ve read and thoroughly enjoyed the first two novels in Patricia Gibney’s Lottie Parker police procedural series.  They were fantastic! I’ve been meaning to read the third in the series for some time now – I’m SO glad to report that it was just as good as the first two. 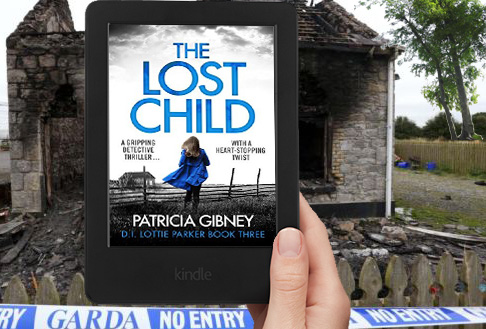 Those of you who haven’t yet made the acquaintance of Lottie Parker, I’ll recap.
Lottie Parker is a Garda Síochána detective inspector who lives and works in the fictional town of Ragmullin in the Irish Midlands.

Lottie is one of those wonderful ‘flawed’ protagonists.  Four years after his death, she is still grieving for her late husband, Adam. Lottie throws herself into her work – often to the detriment of her home life with her three teenage children and newborn grandson who she loves fiercely. In her forties, Lottie has an addictive personality and she valiantly tries to stay away from booze, Xanax, and cigarettes. She doesn’t eat properly, is always tired, and her nerves are frayed. Although she is surrounded by people, both at home and at work, Lottie is very lonely.

Lottie Parker’s second in command, Mark Boyd remains loyal to Lottie at all times – though she makes it very difficult for him at times.

Annabelle O’Shea, Lottie’s physician and good friend, has horrific problems of her own. Problems that no one knows about. Problems that are hidden behind the doors of her home.

The third book finds D.I. Lottie Parker and her team investigating the murder of Tessa Ball, a retired solicitor, who was killed in the home of her middle-aged daughter, Marian Russell. Marian herself is missing. Emma, Marian’s teenage daughter is staying with a friend up the road. The case is compounded when Marian turns up at the hospital, horribly mutilated after having been obviously tortured.  Lottie instructs her team to put a watch on Emma, the teenage daughter, but Emma disappears as well…

A second narrative is set back in the 1970s. Twins are living with their abusive, drug-addled mother who sets their cottage on fire.

Simultaneously with her present heavy workload, Lottie is trying to discern what drove her policeman father to suicide when she was just four years old. She suspects that there is much more than the story she has been given – so she has been asking questions and interviewing old people in nursing homes who had once had dealings with her Dad.

Then a local journalist approaches Lottie saying he has proof of what happened back then..

In the first few chapters of this book, I was a tad impatient with Lottie Parker’s self-destructive behaviours. Then, as I got into the book, I realized that those things that I was frustrated with were the very same things that make Lottie Parker so special to me. She has an abject fear that the darkness she encounters daily in her work, will permeate into her home and put her beloved children in danger.

This is a crime novel rife with sad and tragic family histories. A novel that will challenge the Garda team to the max, and one in which Lottie will be put in physical mortal danger. In addition, it is a case that will change how Lottie views her own family history.

The way the myriad threads of the plot are woven together so succinctly, are a marvel. Clever plotting that makes sense is something I really admire.

The descriptions of the Irish locale in late October ensured that it is not the prime season for tourism. The wind and the lashing rain made the characters so soggy that even the reader needs a rain jacket.

Excellent characterization and compelling plots are the highlights of this series, and this third book is true to form. With themes of child abandonment, gruesome murders, insane asylums, corruption, and the illicit drug trade, it was an extremely difficult read at times.  I highly recommend this novel, and this series, to readers of crime fiction who are not deterred by graphic violence, and emotionally draining circumstances. I hope that not too much more time passes before I get the opportunity to read the 4th novel in this stellar series.

I purchased this book in Kindle format.

Read what the author has said about her character, Lottie Parker.

Read my review of the first title in the Lottie Parker series: “The missing ones”.

Read my review of the second title in the Lottie Parker series: “The stolen girls“. 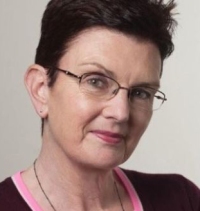 Patricia Gibney is a widow and the mother of three children. She lives in Mullingar, Ireland. She started writing, for therapy, when her husband Aidan died.
She secured an agent in January 2016 and she joined The Irish Writers Centre. She loves reading crime thrillers. Her novels feature Lottie Parker and a host of credible characters. They are all part of her extended family, you know the kind – people you love one minute and want to kill the next!

18 Responses to “The lost child” by Patricia Gibney – Book Review