“Problem is, while the lie may be sweet as it falls from your lips, the feeling in your gut is always putridly sour. And almost always bang-on.” 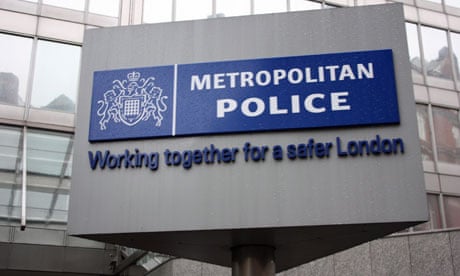 “I’ve spent most of my life, not exactly sure in the belief, but certainly toying with – then blocking out – the idea that Dad might have killed Maryanne Doyle in 1998.”

This is the conundrum Cat Kinsella finds herself in.

I read a lot of police procedurals and enjoy them very much. “Sweet Little Lies” was different in that the protagonist is not a Detective Inspector, or someone of high rank. She was a twenty-six year old Detective Constable with little experience on the murder squad. Unmarried, she rents an attic room from a family with young children. She likes her work and is good at it, yet she fears that family loyalty has jeopardized her career. She compromises her personal and professional ethics and is deeply conflicted over this. Also, Cat is still reeling from emotional trauma she experienced on her last case. She drinks too much. She is obsessed with fairness and justice.

“The most devastating punishments aren’t always the legal ones.”

A Londoner born and bred, Cat grew up in a flat over a pub in Islington. Her family are originally from Ireland. Her father is a bit of a rogue and a scoundrel, always delving into ‘shady’ endeavors to make money. Once the apple of her father’s eye, Cat now harbors a deep suspicion of him which started when she was only eight years old. Cat was very close to her mother who passed away a few years ago.

Cat’s family, like a lot of families, is quite dysfunctional. She is estranged from her Dad, she has little in common with her older sister Jacqui, and she outright dislikes her brother Noel.

The action in the book takes place Christmas week 2016. A time when emotions and stress run high for most people. This adds pathos to the situation.

I really enjoyed the writing style which reminded me of a cross between Tana French and Angela Marsons. The characters were well rendered and the mystery/police case was interesting and rather unique. Overall, a stellar debut novel.

I very much look forward to following Cat Kinsella in further books and already have a copy of “Stone Cold Heart” loaded on my Kindle. Highly recommended!

I received a complimentary digital copy of this novel from HarperCollins via Edelweiss.

Caz Frear grew up in Coventry, England, and spent her teenage years dreaming of moving to London and writing a novel. After fulfilling her first dream, it wasn’t until she moved back to Coventry thirteen years later that the second finally came true. She has a degree in History & Politics, and when she’s not agonizing over snappy dialogue or incisive prose, she can be found shouting at Arsenal football matches or holding court in the pub on topics she knows nothing about. Sweet Little Lies is her first novel.