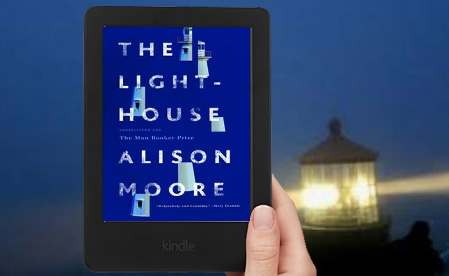 All the women in Futh’s life seem to abandon him. First his mother, then his wife. In fact, he has never really gotten over the fact that his mother left – because – she was bored to death my his father. His wife in turn is bored by Futh, and she can’t stand the way he keeps comparing her to his mother.

“His heart feels like the raw meat it is. It feels like something peeled and bleeding. It feels the way it felt when his mother left.”

When Futh’s mother left, his father destroyed all of her things that she left behind. Unbeknownst to his father, Futh kept a small silver lighthouse that belonged to her. He keeps it with him always and views it as some might view a St. Christopher medal. 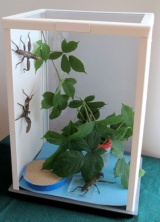 Futh has just been banished by his wife. He is taking a walking holiday in Germany to ‘get his head together’. When this holiday is over, he will be moving into an apartment on his own. He is worried that his wife, Angela, will not feed his stick insects. This worry is very plausible because Angela hates them.

His ‘holiday’ is a singularly lonesome one, which he is not prepared for. He is wearing brand new hiking boots which have chafed his feet horribly. He has little sense of direction, and he seems to miss most of his meals at the hotels because he always arrives too late. 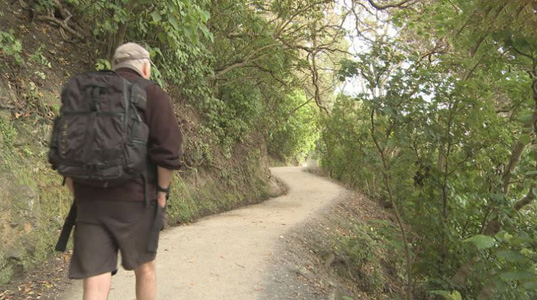 As he walks, Futh reflects back on a walking holiday he took with his mother and father in Cornwall when he was a boy. 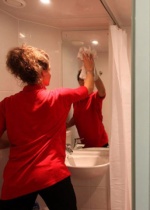 Ester, the wife of a small hotelier in Germany, has cleaning methods would make you reconsider ever staying in a hotel again. Her relationship with her husband, Bernard, is a weird one. She loves him, yearns for him (despite the fact that he smells like camphor), yet… she sleeps with just about any guest who will have her.

“These days, Bernard only notices Ester when other men do.”

Futh is to spend the first night and last night of his walking holiday at Ester and Bernard’s hotel.

When Futh notices that his little silver lighthouse is missing, the results of his discovery are tragic…

“The Lighthouse” is a debut novel with literary merit.

Despite that, I found that it was a bleak, forlorn, and desolate story. Futh’s character was well depicted, he just wasn’t interesting. Futh was a sad, unremarkable man with not many redeeming characteristics.

Ester, though interesting, was also a very sad woman. A woman to whom life seemed a major disappointment. In fact, all of the women in the book seem to have unfulfilling lives.

The book was well rendered, yet I found it to be depressing with a feeling of hopelessness. All of the characters seemed dissatisfied with their lives.

The title of the novel was very apt. Futh was looking for a ‘safe harbour’.

I received a complimentary digital copy of “The Lighthouse” from Biblioasis via Edelweiss. 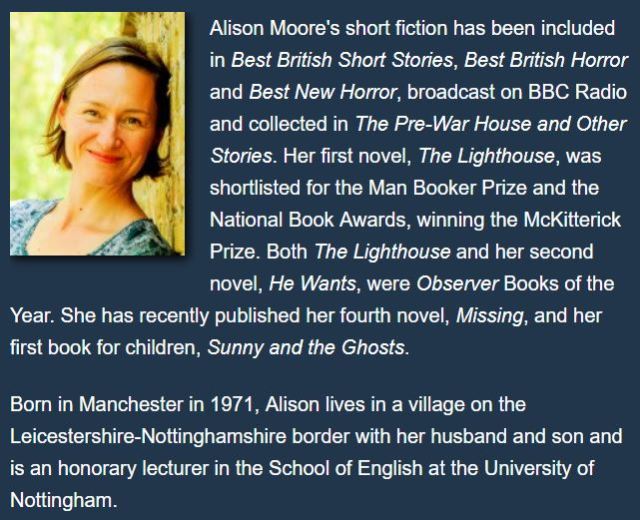 Fiction reviewer ; Goodreads librarian. Retired library cataloger - more time to read! Loves books, gardening, and red wine. I have been a reviewer member of NetGalley since October 2013. I review titles offered by Edelweiss, and participate in blog tours with TLC Book Tours.
View all posts by Fictionophile →
This entry was posted in Book Reviews, Edelweiss, Literary fiction and tagged award winners, stand-alone novels. Bookmark the permalink.

6 Responses to “The Lighthouse” by Alison Moore – Book Review