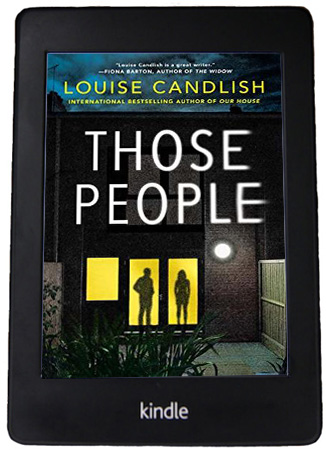 You know what they say about one bad apple. 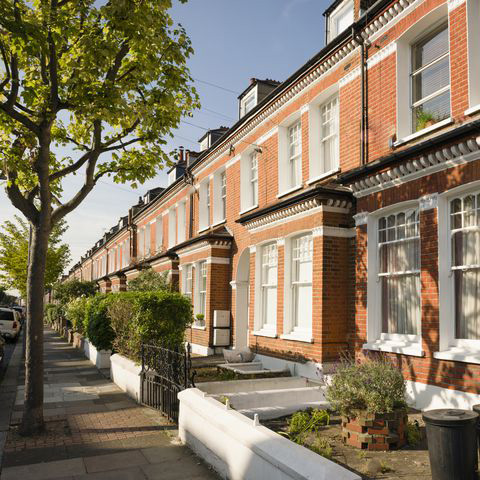 Before Darren Booth moves in, Lowland Way is a tranquil and harmonious place to live. All that soon changes when he begins disrupting the lives of the residents.  He immediately begins extensive renovations. These noisy renovations take an extraordinarily long time because Darren is doing it all himself. When not working on the house, Darren operates an illegal used-car business out of the house. He commandeers all the much coveted street parking, leaving none for the previous residents. Also, and some might say more importantly, he and his partner, Jodie, play heavy metal music at maximum volume – all the time! Both Darren and Jodie are hard-drinking, chain-smoking, partiers.

The couple immediately next door to Darren have a small baby. The deafening cacophony of loud music and high-pitched power tools interrupts their sleep and the sleep of their baby. So much so that the baby is diagnosed with hearing loss…

Darren Booth is always working on his old cars. He even has an old decrepit and unsightly RV which he parks directly in front of the Morgan’s house. They bemoan the lack of parking and the “Play Out Sunday” scheme which they instigated is now impossible. Before, on Sundays, the children of the street could safely play together because the street was closed. Now, with cars coming and going, it is unsafe and is cancelled after one of the children is knocked down.

A sixty-something widow, Sissy, runs a B&B business to make ends meet. Her previous stellar rating takes an abrupt downward turn after ‘those people’ move in. Her B&B customer’s rating go from 5 stars to 2 stars – until the business flounders and closes.

The neighbours repeatedly ask Darren Booth to turn down the music etc. He nastily disregards their requests with a belligerent attitude. The authorities do not help.

Then, a tragic accident with a scaffolding collapse kills a young pregnant woman.  The well-known fact that all of the residents of Lowland Way hated Darren serve to put all the residents under suspicion by the police. The young woman was going to his house to complain about the noise when Darren’s scaffolding fell and crushed her.

Eventually, the cumulative strain and stresses of Darren Booth’s insensitivity ends up destroying friendships, businesses, and marriages, upsetting children and dogs, and ruining the lives of all who live on Lowland Way. It is as if the community had had myriad hair-line cracks that broke wide open when Darren Booth moved in. The residents can now barely recognize each other, or, in some cases, themselves.

Though I truly enjoyed the writing, I found I did not enjoy this novel near as much as the author’s previous “Our House”. Both were property/domestic thrillers – a genre in which Louise Candlish excels.

The setting was vividly portrayed. You felt like you lived there and could hear the deafening heavy metal music and the whine of the tile cutters and drills.

The feeling of menace and injustice was well portrayed. You really started to hate ‘those people’ almost as much as the residents of Lowland Way did. I must admit, that although we met several of the street’s residents I didn’t really come to like any of them – with the possible exception of Sissy. I did feel for them however and I felt empathy for the unjust situation they found themselves in.

The ending felt rushed, and was not altogether satisfactory, at least for me. Altogether this was a domestic thriller that will no doubt be enjoyed by many, it just was not a personal favourite. I do plan on reading more of this author’s work.

Thanks to Penguin Random House /Berkley Books who provided me with a digital copy of “Those People“. My honest review is my way of saying thanks to them and to the author.

“Those People” will be available for purchase on June 11, 2019 and can be pre-ordered now.

Louise Candlish was born in Hexham, Northumberland, and grew up in the Midlands 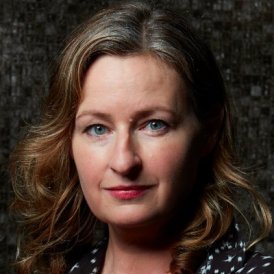 town of Northampton. She studied English at University College London and lives in Herne Hill in South London with her husband and daughter. She is the author of twelve novels.
Besides books, the things Louise likes best are: coffee; TV; cats and dogs; salted caramel; France (especially the Ile de Re); Italy (especially Sicily); tennis; soup; Vanity Fair magazine; ‘Book at Bedtime’; lasagne; heavy metal; ‘The Archers’; driving towards the sea (but not into it); anything at the Royal Opera House; white wine; Reese’s Peanut Butter Cups (or, failing that, a Starbar).

8 Responses to “Those People” by Louise Candlish – Book Review