“I was dead inside, numb to it all even as I tried to remember the happier times.” 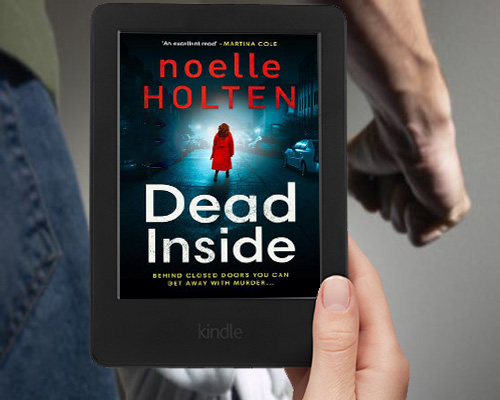 Staffordshire has a critical domestic abuse problem. Because of this, a new, specialized police team called DAHU (Domestic Abuse and Homicide Unit) have been set up to deal with murders linked to domestic abuse. In addition, Staffordshire is experiencing an increasing number of substance abusers. The two problems act like nitro and glycerin.

New to the DAHU team is DC Maggie Jamieson. Also new to the team is the goth-dressed criminal psychologist Dr. Kate Moloney.

I was excited to learn that one of the bookbloggers I’ve followed for some time had written a book. I was tickled to read many familiar names sprinkled throughout the novel (the author used several of her bookblogger friends’ names for her characters).

The subject matter of the novel is quite dark and disturbing. Spousal abuse/domestic violence is a difficult topic, but one in which this author is very knowledgeable – having worked as a probation officer herself. She knows her subject, and it shows. She seems to have an innate understanding of the abuser’s psyche – and a knowledge of the cycle of abuse.

Lucy Sherwood was a likable character, yet I was very frustrated with her. She has made her career working with violent offenders/abusers, yet she is abused herself. Surely she would have been more keen to escape her dire situation – and given her line of work had the gumption to do so. I understand that she was thinking of her husband’s children, yet surely even they would have been better off out of that abusive environment…

The narrative was written skillfully and kept me interested in the outcome. This debut novel will be (and has been) enjoyed by many readers. I’ll be interested in what this talented author will write next. All in all, “Dead Inside” was a strong debut.

I received a complimentary digital copy of “Dead Inside” from Killer Reads via NetGalley and the Killer Reads Facebook Group. 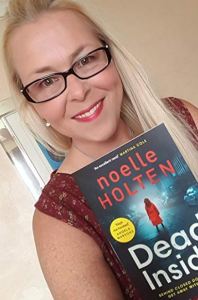 Noelle Holten is an award-winning blogger at www.crimebookjunkie.co.uk. She is the PR & Social Media Manager for Bookouture, a leading digital publisher in the UK, and a regular reviewer on the Two Crime Writers and a Microphone podcast.

Noelle worked as a Senior Probation Officer for eighteen years, covering a variety of cases including those involving serious domestic abuse. She has three Hons BA’s – Philosophy, Sociology (Crime & Deviance) and Community Justice – and a Masters in Criminology. Noelle’s hobbies include reading, author-stalking and sharing the booklove via her blog.
Dead Inside is her debut novel with Killer Reads/Harper Collins UK and the start of a new series featuring DC Maggie Jamieson.

13 Responses to “Dead Inside” by Noelle Holten – Book Review