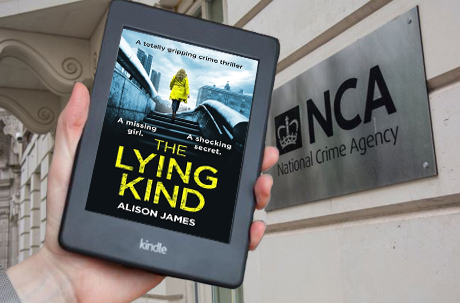 Months after the missing persons case goes cold for the Surrey police, the National Crime Agency steps in to see if they can find little Lola Jade Harper.  D.C.I. Rachel Prince and her second in command, Detective Sergeant Mark Brickall are tasked with moving the case forward.

Both estranged parents are tentatively under suspicion, but with no evidence, they must surmise as best they can. When another little girl goes missing, their suspicions seem groundless. Then, a young single mother is murdered… bizarrely, her murder has a connection to the case of the missing Lola Jade.

This quote by Khalil Gibran is particularly apt for the story:

“You may give them your love, but not your thoughts. For they have their own thoughts. You may house their bodies, but not their souls. For their souls dwell in the house of tomorrow.”

I love police procedural crime fiction and it is always a pleasure to discover a new series in the genre. This book was a nice change in that DCI Rachel Prince works for the National Crime Agency (the British point of contact for Interpol). However, for me… Rachel Prince wasn’t the most likable of characters. She had a commendable work ethic, but otherwise she is not a person I would want to befriend. She is thirty-nine years old and seems to loathe personal commitment of any kind, and deems material possessions superfluous – perhaps we’ll learn the reasons behind this in future books.

In fact, there were few likable characters in this book. Even the mother of the missing child was cold, unreadable, and unsympathetic. She viewed her daughter Lola Jade as a possession – someone she ‘owned’. The only character I warmed to was Rachel Prince’s Detective Sergeant, Mark Brickall. I enjoyed the irreverent rapport he had with Rachel Prince and the way she missed him as a sounding board when he wasn’t on duty.

Though Prince works out of the NCA’s London offices, a lot of the scenes took place in Surrey, where the missing girl lived. The Surrey Police liaison, DS Leila Rajavi, was an interesting character who I quite enjoyed.

The plot was a page-turner and cleverly written. The story was rife with deception, secrets, and lies. With several devious plot twists and well-fleshed out characters, I have no doubt that this series debut novel will be enjoyed by many.

The ending of this suspenseful crime thriller was satisfactory and ironic in equal measure.

By the end of the book, I even found myself warming to DCI Rachel Prince. I will no doubt be reading the second book in the series to see what she’ll encounter next.

I received a complimentary digital copy of this novel from Bookouture via NetGalley.

NOTE: This book was published under two different titles.

P.S. – If you’re wondering why I included a graphic of a purple suitcase, then you’ll have to read the novel to find out why. LOL 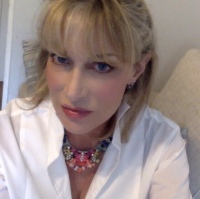 Alison James was born in the Cotswolds but spent most of her formative years abroad. She studied languages at Oxford, then became a journalist and author, returning to university after having two children to take a law degree. After a three-year stint as a criminal paralegal, she worked as a commercial copywriter and then a TV storyliner, before coming full circle to write fiction again.

6 Responses to “The Lying Kind” by Alison James – Book Review