Posted on November 24, 2019 by Fictionophile

“Meet DCI Jude Satterthwaite, the protagonist in a crime series set in the English Lake District. Serious, sharp and impatient, he’s a hero to some and Judas to others. Jude’s doing a job he loves in the county where he was born and raised, but job satisfaction comes at a price. His dedication to his career has put his former best friend in prison, his intransigence has cost him the love of his long-time girlfriend, Becca Reid, and he struggles to be a surrogate father to his troublesome younger brother, Mikey. And all the while, he’s running the villains to earth…” – from author’s website

Thirty-five year old DCI Jude Satterthwaite is on a hike with his brother when he spies smoke in the distance. Another fell fire…  But this time, in addition to the fire services, his own team will be called in. A body has been found in a burned-out abandoned barn…

When forensic examination determines that the body is that of a child, Jude thinks that identification will prove easy. A child will be missed… This is not the case. When the body is identified, Jude and his team begin a weeks long murder case.

DCI Jude Satterthwaite – Professional, brusque, attractive, and three years out of a romantic relationship that he just can’t seem to let go of. Becca, his ex, just couldn’t understand how his job had to take precedence over his personal life. He is much respected by his team and he knows how to play to their strengths on the job.

DS Ashleigh O’Halloran – new to the team, intelligent, beautiful, and a copper who works on intuition and instinct. Newly separated from her husband, she has moved from Cheshire to Cumbria to make a fresh start.

DC Chris Marshall – single, young, enthusiastic, and very talented at data mining and doing the other mundane office-centered chores the others would find boring.

The team works out of the Penrith Station: 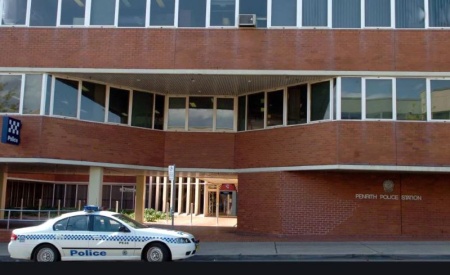 The scenic setting of the Lake District is what initially tempted me to read this novel. That and the fact that I love police procedurals and I’m always keen to discover new series. 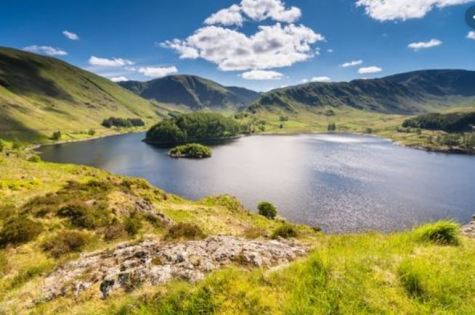 The characterization of this novel was strong. The personalities were prominent to the narrative and were a welcome foil to the distressing murder(s).

This is a promising start to a crime fiction series. It is a novel about deceit, revenge, infidelity, and psychological power-plays. With just a hint of romance, this novel will be sure to be enjoyed by many readers. This is a series I will more than likely pursue.

Rated 3.5 stars – rounded up to 4 stars for NetGalley, Amazon and Goodreads.

This review was written voluntarily and my rating was in no way influenced by the fact that I received a complimentary digital copy of this novel from Aria via NetGalley.

Death at Eden’s End, second in the DCI Jude Satterthwaite series, will be published by Aria Fiction on December 12 2019 and is currently available for preorder.

Jo Allen was born in Wolverhampton and is a graduate of Edinburgh, Strathclyde and the Open University. After a career in economic consultancy she took up writing and was first published under the name Jennifer Young in genres of short stories, romance and romantic suspense. In 2017 she took the plunge and began writing the genre she most likes to read – crime. Now living in Edinburgh, she spends as much time as possible in the English Lakes. In common with all her favourite characters, she loves football (she’s a season ticket holder with her beloved Wolverhampton Wanderers) and cats.