“Why She Ran” by Geraldine Hogan – Book Review

Posted on December 23, 2019 by Fictionophile 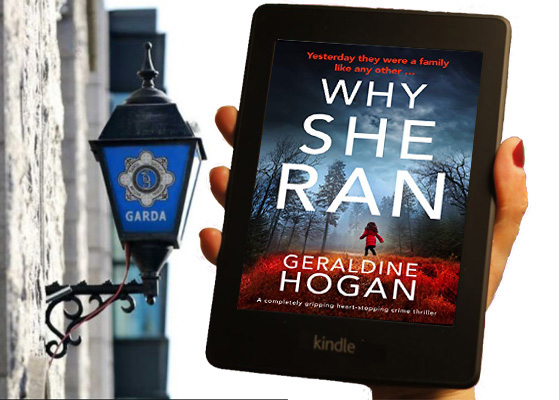 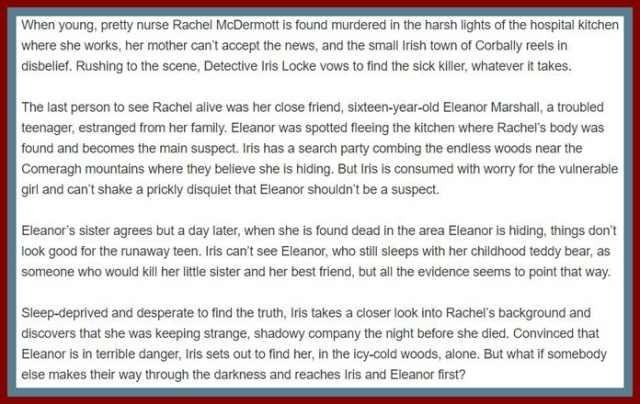 Eleanor Marshall, a troubled teenager witnesses a brutal murder and goes on the run to escape from the confines of Curlew Hall, the facility where she resides with other ‘problem’ teens.

The main issue for the police is that not only do they want to find her because she may have witnessed (or perpetrated?) a brutal attack, but she might also be in dire need of medical attention as she suffers from epilepsy. The woods where they believe her to be, is unforgiving.

The problems for Iris and her team are many. Finding young Eleanor safe and sound. Discovering who killed the care worker Rachel McDermott, while all the time being cognizant of the fact that Eleanor’s father is a rich and powerful man who has connections throughout Limerick – Ireland’s most dangerous city.

D.S. Iris Locke – Twenty-nine years old and a born policewoman. Single, she is devoted to her career and has always wanted to follow in her esteemed father’s footsteps. However, events from the first book in the series have turned her life upside down in such a fashion that she can no longer believe anything she once thought to be true…

This time out, still emotionally reeling from her previous case, Iris is put in as temporary Detective Inspector in the murder case of a young woman who worked at a facility that houses troubled teen girls.

D.S. Ben Slatterey – In his late fifties, Slatterey is a cynical, ‘old school’ copper who is devoted to the job in equal measure to his devotion to drink. His two obsessions has alienated him from his wife and daughter. He once got on Iris’s nerves, but she now knows that his curmudgeonly persona hides a keen intellect and a warm regard for her and her welfare. She, on the other hand, is respectful of  his work and his connections but more importantly is beginning to think of him as almost like family.

D.C. June Quinn – a diligent officer and a widow in her early fifties. The single mother of two teenage sons, she balances her home and work life quite admirably. She now tries to ‘look out’ for Ben Slatterey, though she tries to do this unobtrusively…

D.S. Tony Ahearn – an ambitious, fast-talking copper whom Iris feels is a ‘smarmy wanker’ who is not to be fully trusted.

D.I. Coleman Grady – has been seconded to Dublin for a case. Iris Locke is stepping in as his temporary replacement. 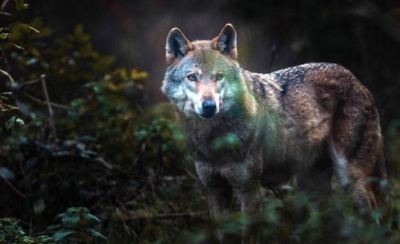 The second installment in the DS Iris Locke series was a more than worthy follow-up to the first. (My review of “Her Sisters Bones“) It was an example of the type of police procedural novel that I like most. An interesting ‘case’ for the police to work on and a lot of back story about the police officers themselves. I like getting to know the police team and becoming invested in their lives both at work and at home.

Characterization is key in this series, and I thoroughly enjoyed the added tidbits I learned about the characters in this second book.

I enjoyed the writing and the descriptions of the characters. “His voice had dipped further, his eyes as near puppy dog as any wolf can go.”

The title fits the book perfectly. The whole premise of the novel is for the reader to discover “Why She Ran“.

A novel whose main themes are the many permutations of ‘family’ and what avarice can cause some people to do, it is a police procedural that I can confidently recommend.

I now eagerly anticipate the third book in the series which just might find Iris at a new stage of her life.

Published by Bookouture. I purchased this novel in Kindle format on it’s publication day, Dec. 19th, and was delighted to be asked to participate in this blog tour.

Check out some of the other stops on this tour! 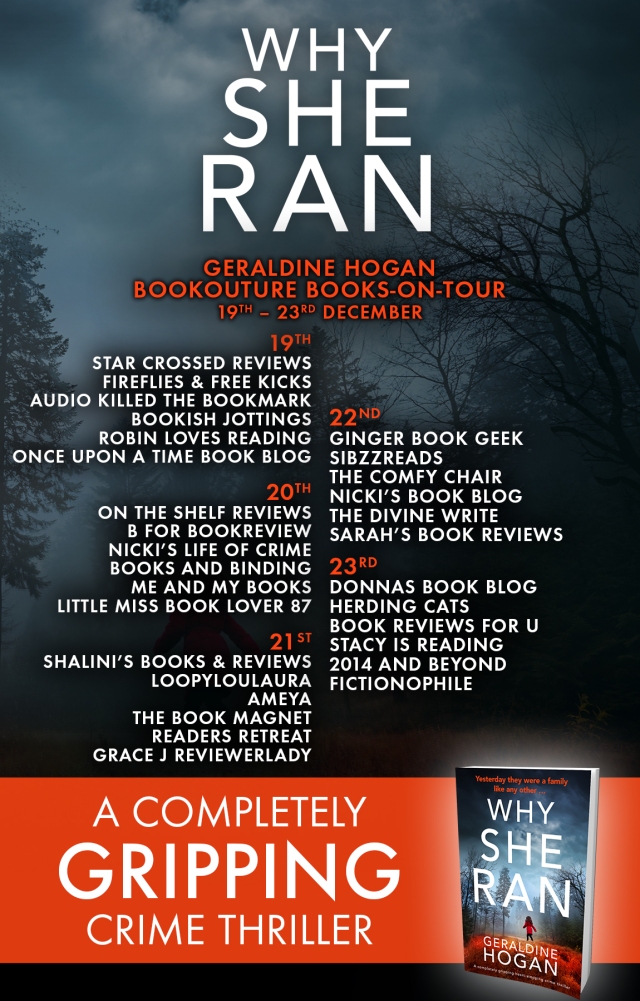 Geraldine Hogan (aka Faith Hogan) gained an Honours Degree in English Literature and Psychology from Dublin City University and a Postgraduate Degree from University College, Galway. She has worked as a fashion model, an event’s organiser and in the intellectual disability and mental health sector.
Faith Hogan was a winner in the 2014 Irish Writers Centre Novel Fair – an international competition for emerging writers.  Her debut novel, ‘My Husband’s Wives,’ is a contemporary women’s fiction novel set in Dublin.

Faith Hogan was born in Ireland and still lives in the west of Ireland with her husband, four children, and an overweight cat.