Posted on February 19, 2020 by Fictionophile

“The story of two remarkable women and the complex friendship between them that spans decades.” 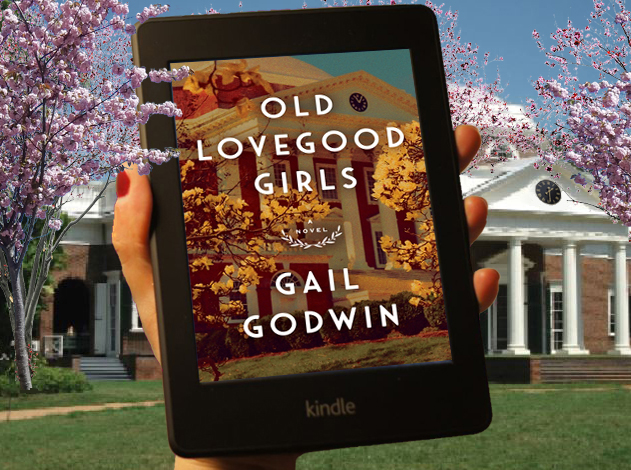 When the dean of Lovegood Junior College for Girls decides to pair Feron Hood with Merry Jellicoe as roommates in 1958, she has no way of knowing the far-reaching consequences of the match. Feron, who has narrowly escaped from a dark past, instantly takes to Merry and her composed personality. Surrounded by the traditions and four-story Doric columns of Lovegood, the girls–and their friendship–begin to thrive. But underneath their fierce friendship is a stronger, stranger bond, one comprised of secrets, rivalry, and influence–with neither of them able to predict that Merry is about to lose everything she grew up taking for granted, and that their time together will be cut short.

Ten years later, Feron and Merry haven’t spoken since college. Life has led them into vastly different worlds. But, as Feron says, once someone is inside your “reference aura,” she stays there forever. And when each woman finds herself in need of the other’s essence, that spark–that remarkable affinity, unbroken by time–between them is reignited, and their lives begin to shift as a result.

Luminous and literary, Old Lovegood Girls is the story of a powerful friendship between talented writers, two college friends who have formed a bond that takes them through decades of a fast-changing world, finding and losing and finding again the one friendship that defines them.

Two very different young women are paired up to be roommates at a prestigious women’s junior college in 1950s North Carolina.  The unlikely pair will remain lifelong friends.

“Secrets are the only personal assets some of us have.”

Merry Jellicoe – the much loved daughter of tobacco farmers, is pleasant, optimistic, transparent, and easy to be with. Merry has a strong moral compass which influences her own life and the lives she comes into contact with.  Her life is detoured by circumstance and tragedy.

Feron Wood – reserved, competitive, ironic, with a dry humour comes from a dysfunctional family background. A successful writer, Feron eschews personal possessions and lives keeping her emotions and her secrets to herself.

A beautifully written, cerebral novel which is a fine example of literary fiction. The characters were easily imagined, and all too human.

The passage of time is portrayed partly through correspondence between the two vastly different women. Theirs is a friendship which doesn’t require constant nurturing. Years go by without them seeing each other, yet when they do meet up – it is as if they had spoken only the day before. They never run out of conversation.

Both women are talented writers with very different life stories upon which they draw to write their books. Tragedy, happiness, sickness, loss, success and failure all contribute to their lives – and their friendship.

The book touches on psychological and philosophical themes. As our lives unfold over the years are we actually many different versions of ourselves? Do we all hold back a certain private part of ourselves which no one else ever discovers? Does the way we deal with disappointment and uncertainty shape the way our lives pan out? Why is it that two different people can remember the very same event in such a vastly different way?

If you are looking for a fast-paced novel, you will not find it here. Literary analogies, repetition, and philosophical debate permeate the narrative. Intellectual, slow-paced, literary fiction with a poignant ending. Recommended!

This review was written voluntarily and my rating was in no way influenced by the fact that I received a complimentary digital copy of this novel from Bloomsbury Publishing via Edelweiss. 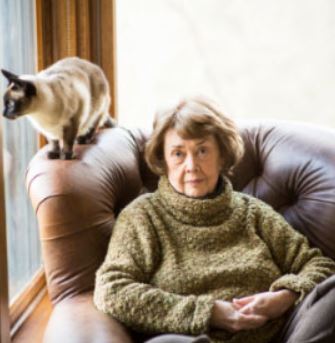 Gail Kathleen Godwin is an American novelist and short story writer. She has published one non-fiction work, two collections of short stories, and eleven novels, three of which have been nominated for the National Book Award and five of which have made the New York Times Bestseller List.
Godwin’s body of work has garnered many honors, including three National Book Award nominations, a Guggenheim Fellowship, National Endowment for the Arts grants for both fiction and libretto writing, and the Award in Literature from the American Academy and Institute of Arts and Letters. Five of her novels have been on the New York Times best seller list.
Gail Godwin lives and writes in Woodstock, New York.