Previously published as Beneath the Skin 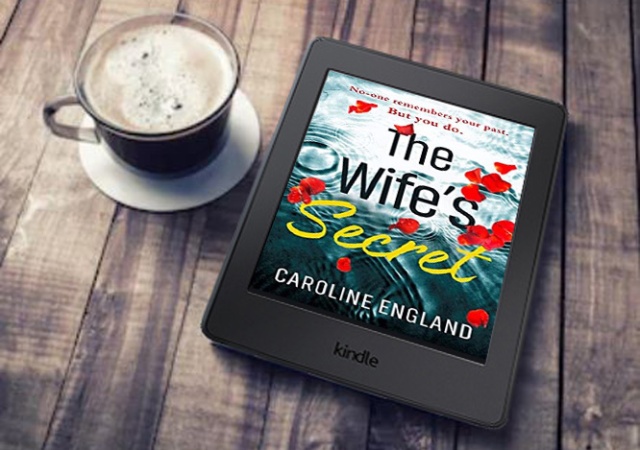 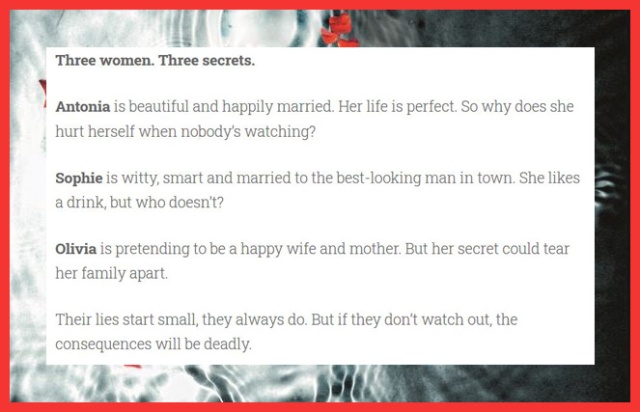 Four wives. Four husbands. This is their story.

Antonia has a secret. She has reinvented herself. Her name was not always Antonia. She is thirty years old, beautiful, is of mixed race, lives in a grand white house in Cheshire, self-harms, and is married to a solicitor. Antonia has no wish for children. Her mother is suffering from dementia and is in a care home. Her mother calls her by a different name…Chinue.

David is a solicitor, 39 years old, and is insecure in his marriage to the beautiful Antonia. David lost his parents at a relatively young age and has never really gotten over it. Now he is in jeopardy at work as he shuffles debts, robbing Peter to pay Paul. He has recently had an expensive renovation completed at his house – anything to please his stunningly beautiful wife. Lately, David, who feels weak and a failure, has been drinking too much. 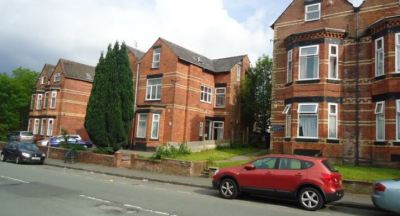 Sophie is a long-time friend of ‘Antonia’. About to undergo IVF for the umpteenth time, Sophie is nervous about the procedure, though is going through with it to please her husband.  She knows it will not be successful – that is her secret. Sophie drinks to excess, much to the disapproval of her mother. Sophie is also outspoken at times to the point of rudeness.

Samie (Samuel) is handsome, black, vain, spoilt and charming. He works as a successful surveyor. Overweight as a child, he retains his insecurity and uses infidelity as an affirmation. As a result he is unfaithful to Sophie, whom he really does love. 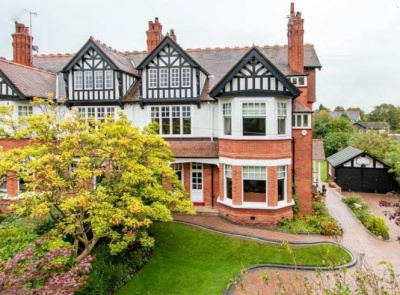 Helen is the mother to a fifteen year old son, Rupert. An educator, she has recently been offered a year-long term position in America. Her husband strongly disapproves.

Charlie, a solicitor, is David’s best friend and coworker. He is unwell, yet he doesn’t share this information with Helen. 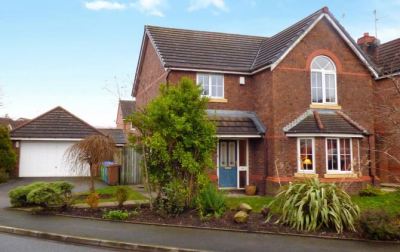 Olivia is the mother of two girls and has recently undergone a late-term miscarriage. Mike is distraught. Olivia not so much. Recently their marriage has cooled.

Mike is sorry for the distance he feels between himself and his wife and daughters. Yet he cannot help thinking that Olivia is somehow to blame for the loss of their unborn son. For years now, Mike has suffered from the ‘black dog’ of depression. Then Mike finds himself strongly attracted to one of his friend’s wives…

“We’re all human; there’s always something we’re not proud of,
or a side of us we want to hide.”

David, Mike and Sami have all lived in South Manchester at some point and have been friends before they met their wives. The three meet regularly at a local bar. Charlie is David’s best friend since his school days.

Antonia and Sophie were friends before they met their husbands. It is their relationship that is the most complicated and is the basis for the novel.

There were many characters in this novel and we came to know them all well. Some I liked, some I didn’t, yet they all had secrets and I wondered which secrets would be divulged, and to what cost?

Due to the tangled relationships of the four couples, their story was unpredictable, with the reader wondering in which direction the author was taking us. Along the way several interesting themes were touched upon. Parenthood, the adult child/parent relationship, self-harm, friendship, loneliness, guilt, and alcoholism to name but a few.

It was interesting to discover how much information they shared with each other, and what secrets they held back – despite their close relationships.

Also, I loved how the author explored the emotional fragility of the characters. How, even though they were successful adults, they still all carried around with them the insecurities of their own childhoods. It made we wonder… do we all do that?

This was NOT a thriller as advertised, but has been labeled as a ‘domestic noir’ by other readers. I fully agree with this terminology. Not ‘thrilling’ as such, but a deep character study of eight very different, flawed, married adults who are members of a complicated and interlaced friendship with one another. This book is abounding with dysfunctional relationships.

“Some things, she knows, are best hidden beneath the skin.”

To be honest, after reading this novel, I much prefer the original title, “Beneath the Skin” and wonder why it was changed…

A surprising read on many levels. I liked this one far more than I expected to and would eagerly read more by this talented author.

This review was written voluntarily and my rating was in no way influenced by the fact that I received a complimentary digital copy of this novel from Avon Books UK via NetGalley.

Previously published as Beneath the Skin 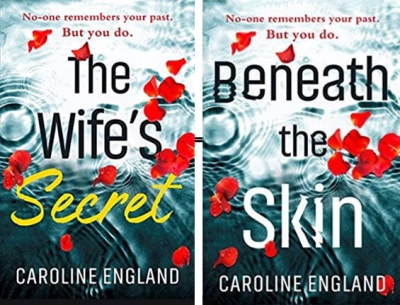 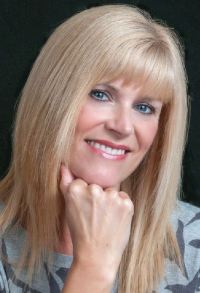 Caroline England is a former divorce lawyer based in Manchester.

Beneath the Skin, her debut novel, was published by Avon HarperCollins in October 2017. Her second book, My Husband’s Lies, was released in May 2018 and became a top ten kindle bestseller. Her new book Betray Her is out as an eBook, audiobook and in trade paperback.