“Death of a Mermaid” by Lesley Thomson – Book Review

“…even sinners love those who love them.” 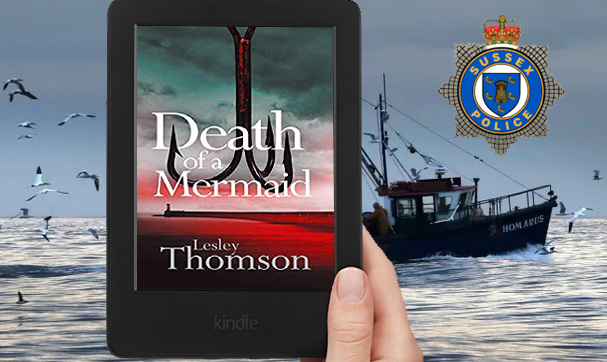 It all started over two decades ago at a Catholic school. Four teenage girls who called themselves ‘Mermaids’.  When one of the Mermaids got ousted from their little friendship circle, bitterness remained. Now, with only three Mermaids, as they got older, two of them fell in love – with each other…  This relationship severed ties of family and friendship.

The characters in this novel are all in some way connected to a family business. Power Fisheries has been a prominent business in Easthaven for generations.

The Power patriarch has been dead for some years leaving the running of the family business to the two sons, Adam and Ricky. Freddie (Frederica), the eldest child, was thrown out of the family and the business by her father when she ‘came out’ to him about being a lesbian.  Now, Rennie Power, their mother, is gravely ill and Freddie returns home to Newhaven to see her Mum one last time….

The Mermaids are now all around the age of forty.

Freddie Power – daughter of the powerful Power clan, has just returned to Newhaven after two decades in London where she lived with her partner Sarah, a successful lawyer. Unhappy in her relationship, she leaves Sarah when she returns to her home town.

Karen Munday – thrown out of the mermaids when she bullied Toni, she now works as a fishmonger for Power Fisheries.

Toni Kemp – now a Detective Inspector with the Sussex Police in Newhaven. She is the girlfriend of Ricky Power.

Mags McKee – single, a librarian, and a devout Catholic, she was, and still is, the love of Freddie’s life.

I’m not sure if this novel is the beginning of a new series for Lesley Thomson – but if it is, it is a series I will be following.

I love a seaside setting, and this one, set on the Sussex coast is so vivid you can hear the seagulls squealing.

The protagonist(s) were very interesting characters, and you got to know them well over the course of the book. I particularly liked Freddie Power and enjoyed the scenes where she took up her late mother’s pet hotel.

The mystery element of the book was well plotted and it had me guessing ‘whodunnit‘ until near the end. I did guess at one plot element reveal, but don’t want to speak of it here –  so I won’t spoil it for any potential reader.

The cover is stunning and exactly fits the subject nature of the novel.

I was not at all surprised that I loved this book. I have read the first novel in the author’s ‘Detective’s Daughter’ series and thoroughly enjoyed that one as well. I will endeavor to read more in that series when time permits.

With themes of family loyalty, friendship, betrayal, Catholicism, homophobia, and avarice, this novel has a lot to offer the reader. Highly recommended!

This review was written voluntarily and my rating was in no way influenced by the fact that I received a complimentary digital copy of this novel from Head of Zeus (and their marketing manager, Vicky Joss) via NetGalley. 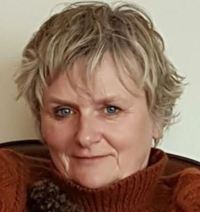