Posted on September 17, 2020 by Fictionophile

The Throwback Thursday meme was created by Renee over at It’s Book Talk. She made this meme to share some of her old favorites. Although all bookbloggers have an endless TBR pile, we seldom take the time to reflect back and post about some of the great reads from a few years ago. I decided to join in because sharing book recommendations is one of my most favorite things to do!

I originally reviewed “I’m Thinking of Ending Things” in June of 2016.

One thing’s for sure.  I’ll never hear “Hey Good Lookin’” again with having chills go down my spine… 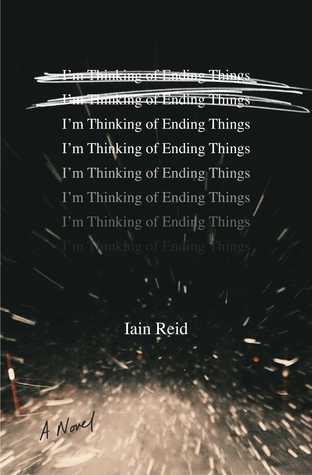 Iain Reid’s novel is not for everyone.  I think that you will either hate it, or, as I did, love it! Some reviewers termed it a ‘mind f**k’.  I have to agree.  It is the type of book, that to appreciate all the nuances, you have to read twice.  Even though my TBR is long, I did go back and reread many pages in order to get my head around it.  This review will be different because I can’t say much without giving too much away…

I am a retired library cataloger.  If I was still working and this book came across my desk I would have likely given it the genres ‘psychological thriller’ AND ‘horror’.  It had a feel of Stephen King crossed with Minette Walters.

The story begins with Jake and his ‘girlfriend’ traveling to his parents’ farm in order that he might introduce her to them.  The car conversation is overshadowed by the ‘girlfriend’s’ thoughts.  In fact most of the book is told from her point of view.   The girlfriend is “thinking of ending things’ with Jake, although they seem quite well suited.  She has not told him her intentions.  Another thing that she has not told him is that she has an anonymous ‘Caller’ that sends her texts messages.   Sometimes several times a night – AND they always come from her own phone number.  The messages are always the same: “There’s only one question to resolve…”

Jake is super-intelligent.  He is a scientist, a reader, an intellectual, and a philosopher who has a great sense of humor.  He met his ‘girlfriend’ at a pub’s trivia night.  They haven’t been going out for long, just over a month.  In this short time they have become close and have developed an intense attachment.

The weather worsens as the day draws to a close.  Their arrival at the farm is written in such a way that it makes you uncomfortable.  Not overtly menacing, but menacing all the same…  The parents are quirky and not altogether what one would expect.

Refusing to stay the night, Jake and his ‘girlfriend’ leave the farm in the worsening storm. Weirdly, they stop at a Dairy Queen to get lemonade.  Then when they want to get rid of the cups he travels a distance out of their way to go to an empty high school he knows of to dump the lemonade cups in the trash.  He leaves the girlfriend in the car and takes the keys.  When he doesn’t return, she follows him into the school.  That’s when things get frightening and intense.

This is an intelligent novel that expounds on loneliness and solitude (though this is done in such a way that it is almost incidental).  It is a philosophical treatise on how fine a line there is between genius and madness.  How you never really know another person.

I can understand that the cerebral quality of the narrative would not appeal to some readers.  Some just won’t ‘get it’.  I think I did ‘get it‘, but then again, another reader might think the same and will have interpreted it a different way.  As Edmund Wilson said: “No two persons ever read the same book”.   I just know I liked it.  I liked that it made me think, it made me uneasy and ultimately it made me applaud what I believe to be an outstanding debut.

Many thanks to Gallery/Scout Press via NetGalley for my digital copy of this novel in exchange for my unbiased review.

There is an online Reading Group Guide provided by the publisher. I think this would be an excellent choice for a bookclub.  The love it / hate it factor would be sure to stimulate some lively discussion.

Thanks to Nicki (Secret Library Book Blog) for reminding me how much I loved this book!  Check out her review of the audiobook of this novel. 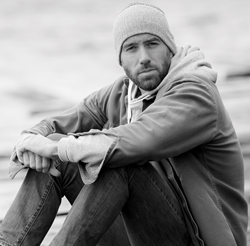 Iain Reid is the author of two critically acclaimed, award-winning books of nonfiction, One Bird’s Choice, and The Truth About Luck, which was one of The Globe and Mail’s best books of 2013. In 2015, he received the RBC Taylor Emerging Writer Award. Reid’s work has appeared in a variety of publications throughout North America. I’m Thinking of Ending Things is his first novel and it has been made into a Netflix film.